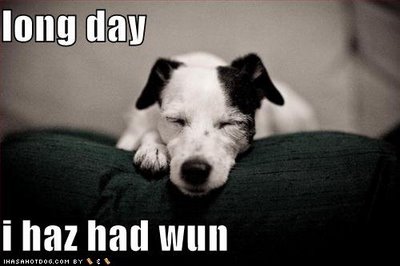 Wow, I’m watching tonight’s episode of Big Brother – Brendon & Rachel are so ridiculous.  I have to admit I don’t want them gone from the house, but they are super silly and I wouldn’t ever want to be locked up in that house with them.  I’ve said it before, but I could never voluntarily do Big Brother or Survivor. Anyway, Rachel is now sobbing about the fact that the Veto competition is bowling.  And she’s sobbing.  She’s sobbing because it’s bowling, and there’s nothing left for her to give. O….M….G.   She feels like roadkill.  Is this for real?  Is someone feeding her lines???  I haven’t been recapping BB like I have in seasons past, but don’t ever doubt that I’m not watching it.

Today was a long day.  This morning at 9am I volunteered some time to Operation BackPack, which is an effort to collect backpacks and school supplies in order to get them to underprivileged kids.  It felt good to do some stuff for others.  My group has been doing this kind of stuff as a way to do some good as well as some bonding.  We also head out to breakfast every few weeks at some Manhattan famous breakfast place.  Our group rocksÂ  The volunteering effort was fun, but physical, with lots of boxes that needed to be schlepped around and opened and such.  So at 1pm, we headed back to work, and there’s all SORTS of drama happening there.  I just don’t care anymore.  I’m ready for it to be over, however it ends.

Anyway, I just got back from New Jersey as Larry & I went to celebrate his grandmother’s 90th birthday.  We had dinner at the River Palm, an AMAZING place to get some prime rib.  YUM.  And I intend to be on track to at least post twice in a row…so on to Day Two’s item:

Kinda like my favorite song, I don’t watch it all that often anymore, but it has been my favorite movie for quite a while now.  Certainly Superman, Empire Strikes Back, and Beetlejuice are really high up there, the #1 in my mind is Moulin Rouge!.  Oh Moulin Rouge!, you were never a popular favorite with the masses, but with me, I was instantly in blissful love.  I first saw an HBO First Look special on it before I ever saw the movie in the theater.  After hearing about the performances of existing songs (<cough>, <cough> GLEE <cough>) and the fantastical staging and direction, I was definitely intrigued. When it finally came out in the summer of 2001, I bought my ticket opening weekend.  Then the strains of the Can Can played, along with some familiar refrains from the Sound of Music, and I was hooked.  Over the next two hours, I was treated to exciting, colorfully audacious numbers as well as an incredible love story.  Believe you me, I still end up sobbing at the end of the movie.  It’s heartbreaking.  I think my most favorite scene is the Can Can number set to a hyperkinetic version of Lady Marmalade when the Moulin Rouge club is introduced.  Orgasmic.  Such amazing choreography!  I’m so excited about the fact that Moulin Rouge is headed to a Blu-Ray version by the end of this year.  SWEET.