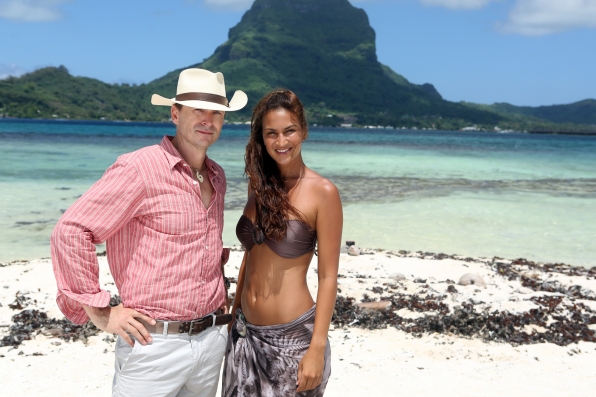 Has there been a group of teams where so many are proving to be so inept?  I’m not sure, because damn, this was a pretty disappointing bunch.   Let’s talk about some of the comical errors and behavioral problems…. 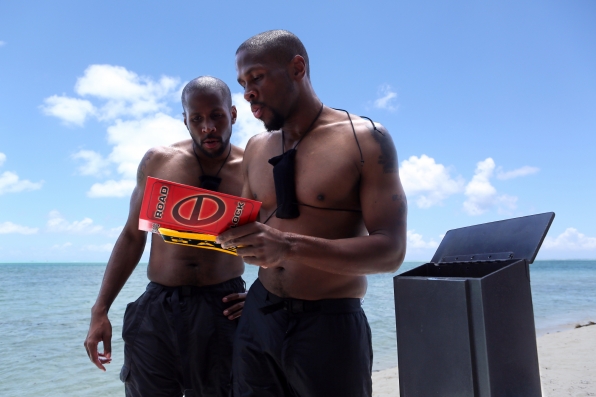 First, we’ve got our first “didn’t read the clue and wasted lots of time” moment of the season, when Connor & David totally ignored the part in the Route Marker’s clue that they had to collect their snorkel gear there before heading out.  They end up boating all the way to the Detour only to have to go all the way back.   Lucky for them, it wasn’t a game changer as not only did they have those two teams with a massive time penalty, Connor & David are apparently expert divers.  Then we have the Doctor Brothers Idries & Jamil.  Oooof.  One jumps in the water and after five minutes, decides they should just give up and take the penalty. Uh, WHAT?  The other (I’m sorry, but I can’t tell these twins apart, and I guess I won’t have to worry about it either) wisely realizes that’s horrendously bad strategy, so they tough it out.  Except that neither can overcome their fear of water! 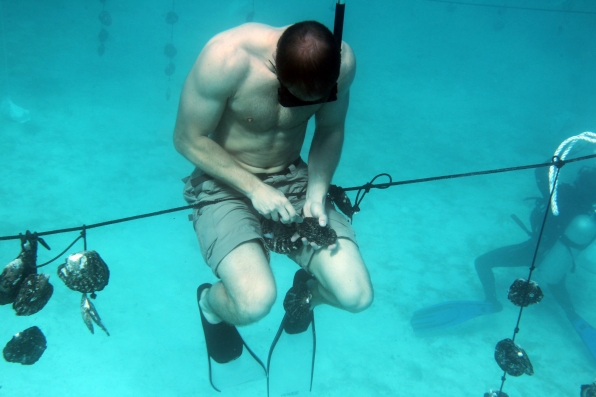 There are certain things every contestant SHOULD learn to deal with before going on this show.
(1)  Learn to drive a stick shift/manual transmission.  You know that it’s going to happen especially out in the world.
(2) LEARN TO SWIM, CONFIDENTLY

The brothers didn’t do that, and end up wasting endless amounts of time diving underwater.  Not only that, their panic led them to not realize they could grab a whole string of clams.  They ended up grabbing them individually.  UGH.  Finally, the Asian best friends Pam & Winnie get lost enroute to the Roadblock via jet ski.  This wasn’t a game-ending mistake but even they realized that they were too impulsive and didn’t actually look at the map they were given and figure out the right route to follow.  I like Pam & Winnie but they were lucky to make this mistake when there was so much buffer. 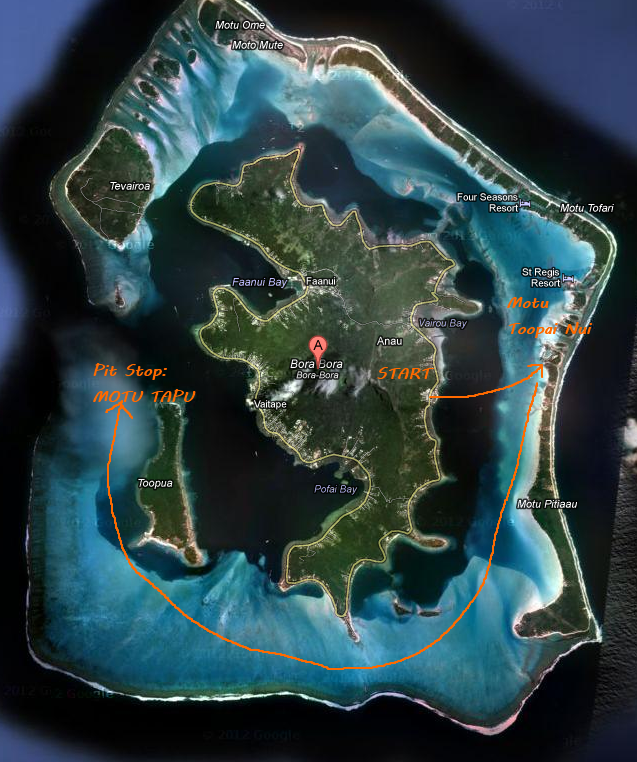 This leg of the race stayed within Bora Bora, as shown in the map here.  Have I mentioned yet how much I want to go to there?  Talk about breathtaking.  The leg started out a bit lamely, as while it started late at night/early in the morning, the dock wasn’t open until 7:30am, meaning almost all the teams were able to catch up.  This closure didn’t completely wipe out the penalty that Max & Katie and Caroline & Jennifer incurred, but instead of being 4 hours behind, they ended up only being 1.5 hours behind.  So, a bit lame.  Anyway, the teams then took individual boats to the area of Bora Bora known as Motu Toopai Nui, where the beautiful Hilton hotel is located.  There they had to find a priest to do some weird ceremony who afterwards would give them a clue.  Jessica & John lost their first-place standing here when Connor & David beat them to the priest.  All of that progress was undone by their clue screwup, so there ya go.  The Detour came up next, with an option to either dive in the ocean for strings of clams and search for two red pearls, while the other options was to wear a cool pressurized helmet (psuedo-scuba style) and set up an underwater picnic table.  Most teams went for the pearls while RollerDerby Mona & Beth did the picnic table.  Eventually Doctor Brothers gave up on the pearl option (FINALLY – why would it take you sooooo long to consider doing the other option?) and completed the picnic table too.  The last part was driving a jetski to the little island of Motu Tapu, which is one of the most photographed islands in the world.  There, the Roadblock required a team member to get up on stilts and kick a coconut 35 yards – if you fell, your coconut could stay but you had to walk back from the beginning.

Bates & Anthony still are the most attractive, but dear god, if Bates takes out his teeth one more time, I’m gonna slap him.  THAT IS NOT ATTRACTIVE AND YOU MUST STOP THAT.  Also, Joey of the Youtubers is getting cuter to me.  Hmm..