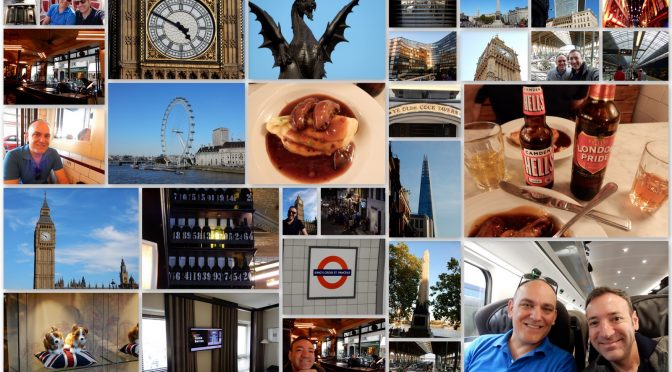 We then checked out and got an Uber (yay, technology) to Gare du Nord as that’s where the Eurostar train leaves from.  I was a bit nervous as to how that whole process works, and while it is a bit of security, it’s fairly painless.  You do have to go through UK Customs there, which was somewhat overwhelming as there’s a form and everything.  A Form!!!  🙂  Whatever, we got through, and then it was time to board.  I had purchased tickets for Comfort Economy which was a nice way to do it, as the seats are comfy and you get served a meal and plenty of beverages.  And that’s what we’ve been on while I’ve been typing this recap up of the Paris journey.  We actually just emerged from the Chunnel which seemed to fly by.  We’re in England!

Traveling to London via the Chunnel / Eurostar

In our Comfort-class seats, a step above the commoners

It was a nice comfortable journey

iPhone map shots of our progress

The time change messes up the timestamps here 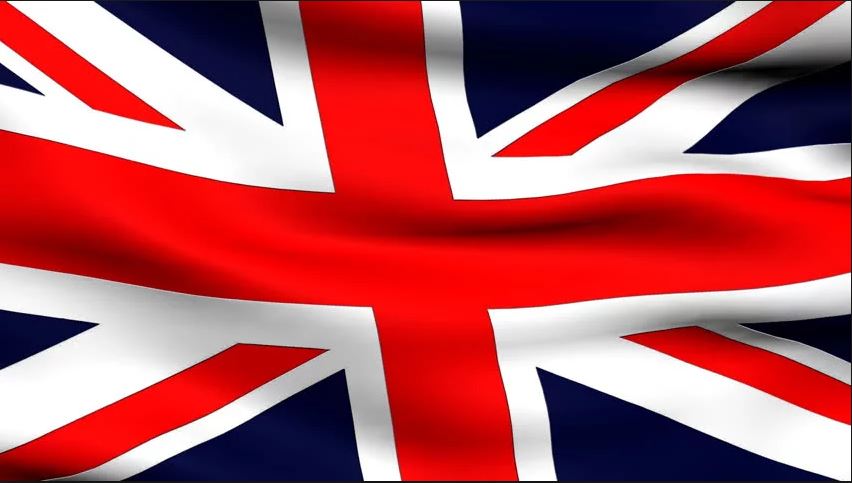 Arrived at St Pancras Station in Jolly ol’ England and after thinking about getting a taxi, decided against it as the line wasn’t moving.  So we got our Oyster card for the week at the Tourist Office at Kings Cross/St Pancras station and were on our way via the Tube to our hotel in SoHo.

Briefly considered a taxi, but that took too long. So off to the Tube!

Quick tube ride to Oxford Circus, which drops you off in the midst of Oxford Street and Regent Street, which is a crazy busy set of boulevards full of shopping.  We schlepped our way to the hotel, and it was hot.  Found our way finally to our very boutique-y hotel in the middle of SoHo, a very fun and exciting place full of bars and restaurants.  It’s actually right in the middle of everything, being right next to the West end, Chinatown, and more.  Can get anywhere very easily. 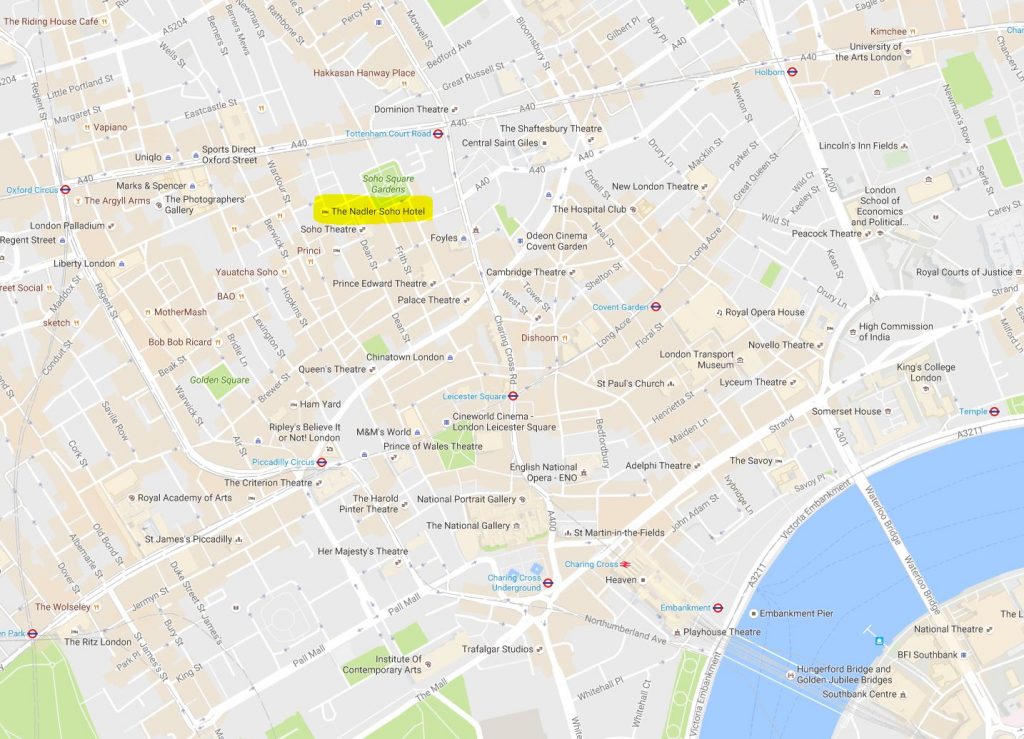 The check-in staff at the hotel were super friendly and we got checked in to our very swanky room on the 1st (2nd, American) floor, which overlooks a SoHo street, which involves pubs.  We saw that the pub already had a crowd outside it, which only got more and more crowded.

Setting up shop at the Nadler SoHo

Our wonderful hotel room at the Nadler Soho

Also could view many pubs

And a spacious bathroom too

After we got settled in, showered, etc, that first day we had no plans.  It was late afternoon so I thought we could do the hop-on-hop-off bus tour and finish it with the included boat cruise.  Well, that was wishful thinking.  We did get on the Big Red Sightseeing Bus at Oxford Circus, and the bus made it around some of the sights like Westminster, but once it got near St. Paul’s cathedral, police action diverted our bus right into a terrible TERRIBLE amount of traffic.  We stayed stuck in traffic for nearly an hour barely moving.  It was quite a waste of time and money.  It didn’t go over Tower Bridge nor near the Shard.  So once it did finally get on to a fast moving street, we circled around The Tower of London, and then headed back west along the Thames and then into the Hyde Park area and skirted Buckingham Palace, a little.  It was clear the driver had lost his patience, as would be expected after that insane traffic nonsense.  The tour couldn’t complete the circuit back to Oxford Circus as it got dark, so we got let off at Marble Arch.   So here are some pictures from that long bus journey!

The View From the Big Red Bus

Naked Magicians at Trafalgar Square – we missed the show

Circling around the Westminster area

One of the Parliament towers

Westminster Abbey, from the side

My camera can really get in there, apparently

The Thames and the London Eye

St Paul’s cathedral in the distance

London’s skyline has dramatically changed in the last 10 years

St Pauls from below

The Walkie-Talkie Building, aka 20 Fenchurch Street

It’s got the Sky Garden atop it

This is a stunning building

That’s the Shard, from a good distance away. Tallest building in London now.

The Shard is also the tallest building in the UK

After the horrific traffic let up, we drove by the Tower of London

Cleopatra’s Obelisk along the Thames

Shadow of the Eye

Back at Big Ben

Our bus took this route a few times that day

We went south from this point

Looking south on the Thames towards the MI6 headquarters

We’d see it a lot better in a few days

Those apartments though are ridiculous

We took the Tube back to our hotel area, and after getting resettled, went off for food.  Well, that is quite a thing.  SoHo is quite the hotspot, and every pub was FILLED and OVERFLOWING with people.  We had actually noticed that at all the pubs we saw during the bus tour – every single pub was surrounded with people. Sure enough, that’s a thing now.  Guess when the weather isn’t awful, that’s the case.  It was a bit intimidating for both of us, and when we found the restaurant, Flat Iron, that we wanted to eat at, we found out it was going to be 1:20 wait.  We were both ravenous, so that wasn’t an option.  So Larry found a second option called Mother Mash over by Carnaby Street, which was without a wait, and provided us a chance to taste bangers and mash, which was okay.  Strolled back from that through the craziness and began to wonder if this was too much for us!  Happily, we conquered that fear the next day!

Finding Some Much Needed Dinner

That night, we saw that EVERY pub was mobbed. No reason.

Our first dinner – bangers and mash

And some room-temp beers.

This was in the prime SoHo area for eating, near Carnaby Street

Next, off into the English Countryside –>