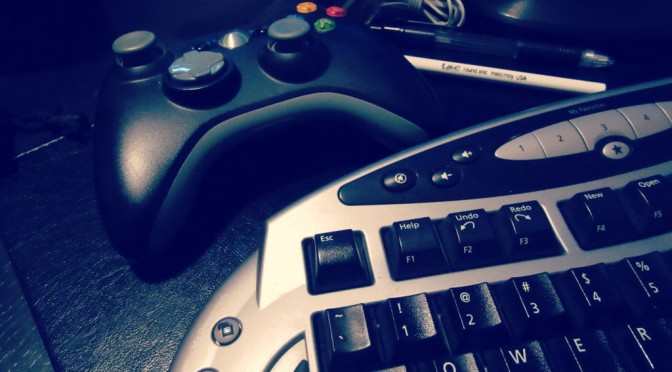 I’ve been finding time, of course, to play some great videogames. Â For the sake of brevity, I’m going to focus mainly on ones I’m actively playing at the time, while maybe mentioning those I’ve perhaps finished or given up on and those I’m interested to eventually start. 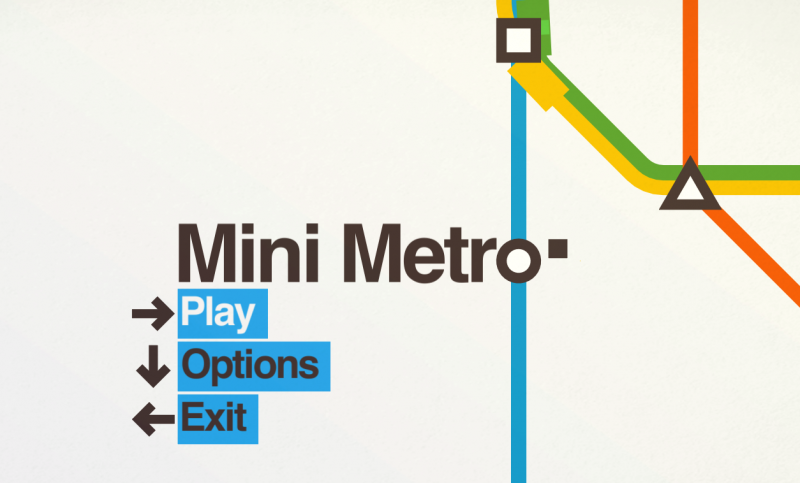 I saw this briefly highlighted on Kotaku one week and knew I had to try it. Â It’s in “Early Access” mode still on Steam, meaning the developers charge a small price to you if you want to buy the game, knowing full well that it’s not really finished yet. Â For one thing, there’s no sound at all in the game yet, which is sorta disconcerting. Â But then you get sucked into the game and it doesn’t really matter – I imagine once sounds are involved, the game will became that much more difficult.

The goal of the game is to connect the different shapes together with metro lines. Â You have a finite number of Lines, Bridges/Tunnels, and Engines, but each week of gametime, you’ll be rewarded with more. Â The challenge comes as the new stations pop up randomly throughout the world, so your subway lines have to go every which way. Â I’ve not really figured out an optimal successful strategy yet as I seem to hit a wall around the point I’ve delivered just under 2k passengers. Â By that point, there are lots of stations, lots of customers (who are indicated by the black dots, with the shape of the black dot indicating which station shape they can go to), and only so many trains.

It’s a freakin’ blast to play, and the gorgeous and minimal UI really helps to keep you focused. Â The graphics and visuals look quite a lot like the NYC metro maps anyway, and as you may know, I do love my Subway Maps.

I mentioned playing this a few months back, but then I took a long break from it as I got the Wii U and was sucked into playing and finishing the Wind Waker HD for Wii U. Â SO GOOD. Â But I picked FFX back up and man, what a great game that was. Â I’m still in the midst of it and just got to Zanarkand, but now is when things get really difficult. Â The enemies get ridiculously hard and you end up trying to collect enemies for the Calm Lands’ monster hunter while also building your character up, finding all the Summons you can (I’ve still got to get Anima and Yojimbo, who I didn’t have enough money to convince to come with at the time; having survived Mt Gagazet, I’ve got TONS of money), and getting those super-sweet Celestial weapons for each character. Â That’s a long run-on sentence to say that I’m hooked again on this game. Â I just don’t play it as much as I maybe would since it’s thru the PS3 on the main TV. Â It’s probably a good thing that’s the case. 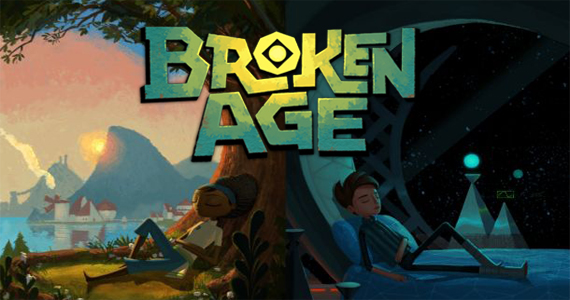 A Kickstarter-funded adventure game from the mind of Tim Â Schafer, the genius behind other amazing games like Psychonauts and Grim Fandango? Â Yes, please! Â It took me a while to finally buy the game, but I did, and it’s great. Â It’s a beautiful adventure game that runs super smoothly but has the total look and feel of the best point-and-click adventure games. Â I’m still in the midst of the game, having seemingly beaten the Act with the girl who decides to fight against being sacrificed to the giant monster that will destroy her village – 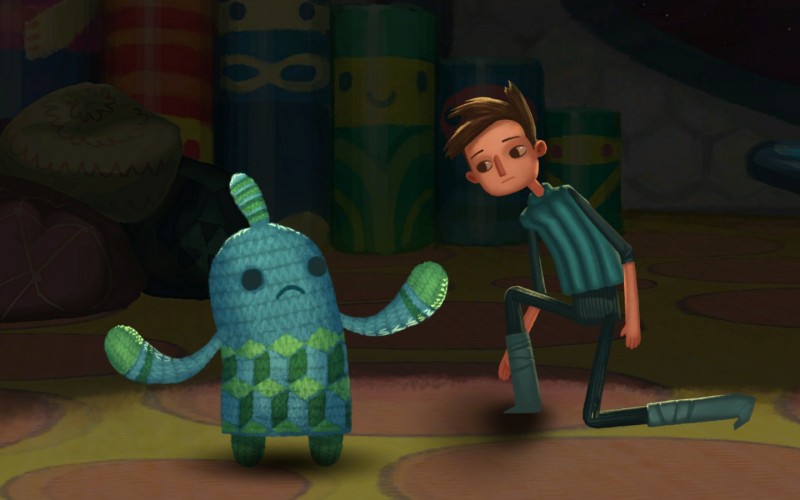 hilarity and adventure ensue! Â I’m now firmly in another Act which involves the boy who lives on a spaceship and is supremely bored, as it seems like he’s actually imprisoned. Â I’m interested to see how these two Acts tie together, but in the meantime, the game is fun and the story is always entertaining. 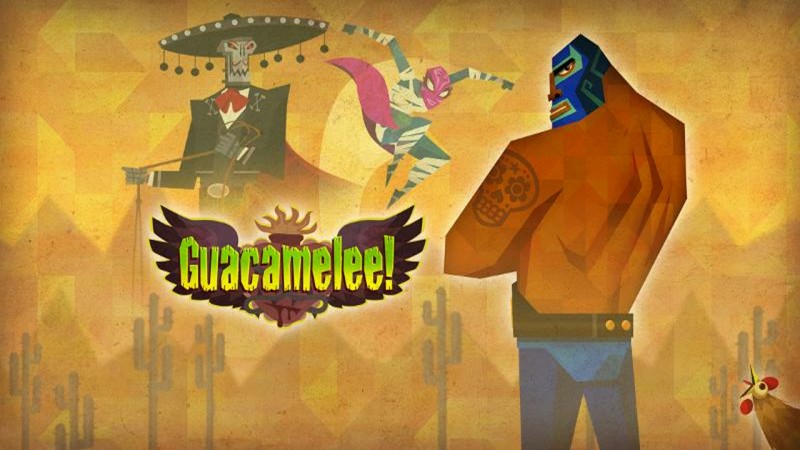 I JUST started playing this game today and it’s a blast. Â  Another game that showed up on lists across many of the gaming sites I read! Â It was Kotaku again in a listing of the 22 Best-Reviewed Games That Don’t Have Sequels Yet. Â There’s a LOT of good games in that list, a lot of which I have. Â But for some reason, Guacamelee! stood out as it was mentioned as having a Metroidvania feel to it but with a super 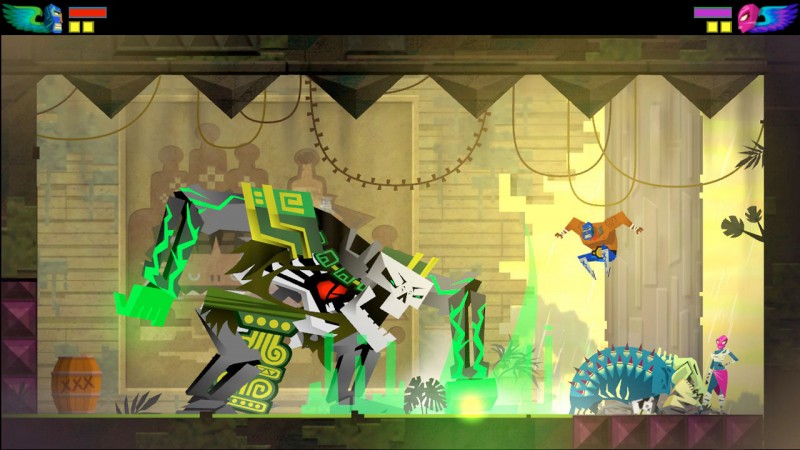 interesting theme: Â Mexican Day of the Dead vs Mexican Wrestling. Â You know what? Â Sign me up! Â After just an hour or so of playing, I’m hooked. Â The visuals are highly entertaining and the gameplay is solid. Â Plus, it’s like $15, which for an impulse buy isn’t bad at all.

Moving On, Lost Interest, Coming Up, Off & On, Donezo…

So the games listed up above are those I’m actively playing. Â Here’s a list of those that I’m not…

Wind Waker HD (Wii U) – FINISHED:Â Â I finished the game and loved every minute of playing it, yet again. Â It’s gorgeous in HD and the Wii U control scheme with the Gamepad was a lot of fun. Â I wasn’t compelled to search for absolutely everything in the game though, and I don’t feel like I missed anything. Â Now it’s time to probably re-engage with some of the other Wii U titles I have so it doesn’t feel like a giant waste of money!

LIMBO (PC) – FINISHED, finally: This creepy yet minimal game is one I started playing back in 2011 on my PS3 as a Playstation Store download, but stopped for some reason or another. Â I got it for cheap for PC a while back and vowed to one day complete it. Â Totally worht beating, and it really doesn’t require a lot of time to do so. Â Patience, and a willingness to see your character die horribly in order to figure out how to advance. Â Beautiful and compelling, with a very weird and ambiguous ending.

Far Cry 3 (PC) – Moving On: Â I was LOVING this game for what I guess is just the first half? Â The island setting was beautiful and the game provided interesting missions to pursue while you could also take a break and hunt animals in order to improve your character. Â Then you have this epic battle while hallucinating which leads to a real battle with who you think is the Big Bad, and then, nope, ANOTHER FUCKING ISLAND. Â I’ve been trying to get back into it, but I just don’t care. Â I think I WILL play Far Cry 3: Blood Dragon though. Â That looks insane – like literally insane.

Tropico 5 (PC) – Lost Interest?: Â I was addicted to Tropico 4. Â Seriously addicted. Â Maybe I burned out? Â I just don’t find Tropico 5 as interesting. Â There are interesting changes to the simulation engine but one gameplay change which I thought would be interesting proved not to be: Â your island persists from one level to the next. Â In T4, each level you’d get basically a brand new island to build from scratch. Â It wasn’t “realistic” in the world of the Caribbean you supposedly were ruling, but I liked the blank canvas feel. Â Now? Â You better build your island wisely as you’re basically stuck with it. Â And I’m getting pretty annoyed with how the publisher of the game nickel-and-dimes you on DLC. Â So, I know I’ll dip into Tropico 5 again, but it’s definitely not got the same allure as 4 did.