Wow – it’s been quite a week.  I will properly recap everything that happened in Vegas soon enough, but just know it was awesome to see Mom and Harv.  The best was having them meet Larry.   I think Mom enjoyed her gift too and I can’t wait to hear how the LA Opera was.

Anyways, there are lots of pictures I need to download from my camera and post on my site and link to from here.  But that will have to wait a little bit.

Here are some links to my most recent Amazing Race recap articles too.  I know few of you probably read these, but I want to at least preserve the links so I can find them later on down the line.  I have actually received emails from people though who thank me for the recaps.  That’s pretty cool.

I just mailed Episode 5’s in tonight and hopefully it’ll be there on Thursday.

Did anyone catch the Obama Infomercial?  Pretty awesome.  I am honestly excited about voting on Tuesday.   I still hold out hope that any and all of my friends and family who vote in California will vote AGAINST Proposition 8.  Please please please don’t allow legislation to pass that will basically make gays second-class citizens.

Anyone dressing up for Halloween?  I may try to do something in the city that night – I’ve been told by Shelly that the Greenwich Village Halloween Parade has to be seen to be believed.  Mostly it’s because there’s ridiculously good-looking people in ridiculously silly and skimpy costumes.  But I may go to this club that has an all-Madonna night planned.  And how could you pass that up?

Alright, enough from me right now.  I’ll make sure to get back to you all soon with recaps of my life shortly. 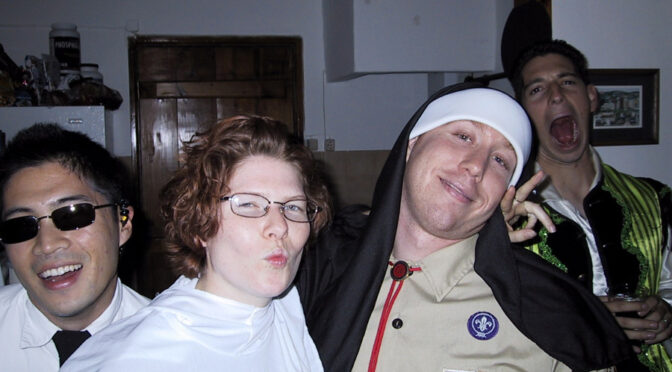