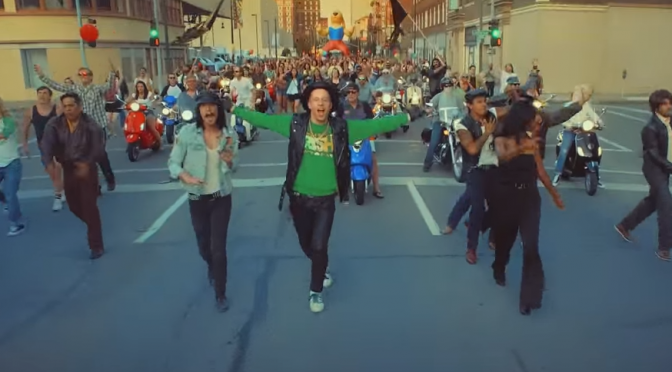 I can’t tell you how much I am obsessed with this song.  It came on while listening to SiriusXM’s Venus station (rhythmic pop!) and I was immediately hooked.  I got the song of course, but it didn’t occur to me until today to see if there was a video!  And of course, it’s fucking awesome and as campy as I’d expect it to be.  Mopeds, crazy fashions, hilarious scenes and a parade in some downtown area?  LOVE IT.  How did I miss this song though – it came out in August??

I gotta say – I want to be able to do that slide move at the beginning of the video!