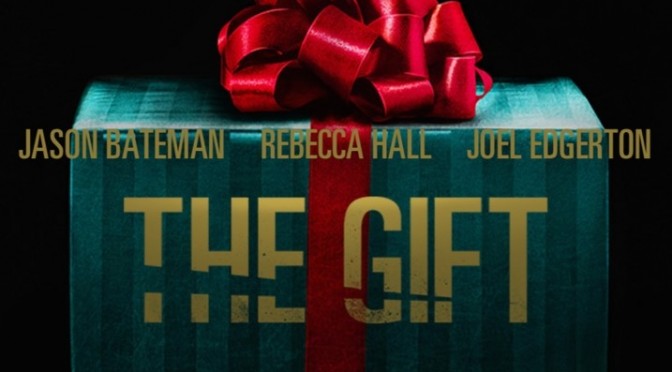 The Gift got a lot of great reviews and deservedly so – and it keeps you wondering what the heck is really going on for pretty much the entire movie.  The movie basically throws you right into the story, with Jason Bateman (Simon) and Rebecca Hall (Robyn) buying some super swanky mid-century modern house up in the Hollywood Hills having just moved to LA from Chicago. As they buy some more furniture at a Crate & Barrel, an old friend of Simon’s, Gordon (played by Joel Edgerton, who both wrote and directed this), runs into him there and re-introduces himself. Simon barely remembers the guy from high school and they exchange platitudes about catching up more…which of course would be ignored. Gordon does make that connection stick though and shows up at their new home with some gifts. But of course, things just get weird as Gordon definitely isn’t acting like any old acquaintance, not by a long shot.

To say much more would give too much away, but the twists and turns of the movie were enjoyable and unpredictable. It was a very fun take on the thriller genre and it has to be said that during one point of the movie, one of the scares literally made Larry (or Lady Larry as he was henceforth titled that day) shriek out in fright. Literally shriek. Hahahaha. Anyway, if you enjoy a good thriller, definitely consider The Gift. Also, consider the other The Gift that came out in the late 1990s with Cate Blanchett. That movie is also a great thriller and very twisted.