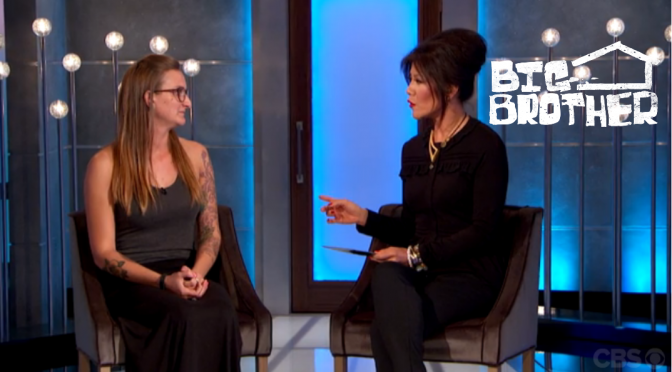 Ugh to all that booing when Christine was evicted.  What in the fuck was up with that?  There have been far more vile people to leave the Big Brother house, such as Aaryn and Jeremy from last season, yet they didn’t receive the level of booing that Christine received when she exited.  If this booing was because of Christine’s flirting with Cody, all I’ve got to say is fuck that noise.  It was a strategy and even though there was that clips package last week that showed both Cody and Christine’s family thinking it wasn’t right, please go fuck off if you decide to morally judge her as a person.  She didn’t do anything besides flirt and have a friendship with him and it was all within the game.  Plus, she made it clear to all us Show Viewers that it was a strategy and told her husband not to worry.  And still?  STILL?  You boo her when leaving?  That’s some bullshit.  You know what I also call it?  Slut-shaming.  Christine didn’t do anything that plenty of guys before have done in that house in one form or another.  And again, she didn’t actually DO anything all that boo-worthy.

I guess that’s my rant, for now.  I’ve never been Christine’s biggest fan as this blog can attest, especially when she chose the Bomb Squad/Detonators over Nicole and Hayden, but let’s all stop with the moral character judgments and look at the game she played.  It was flawed and short-sighted and I’ll ding her for that.  But that’s it.  Ugh.   ALRIGHT, time to talk about the rest of the episode!  GEEZ HOBIE, calm the fuck down. 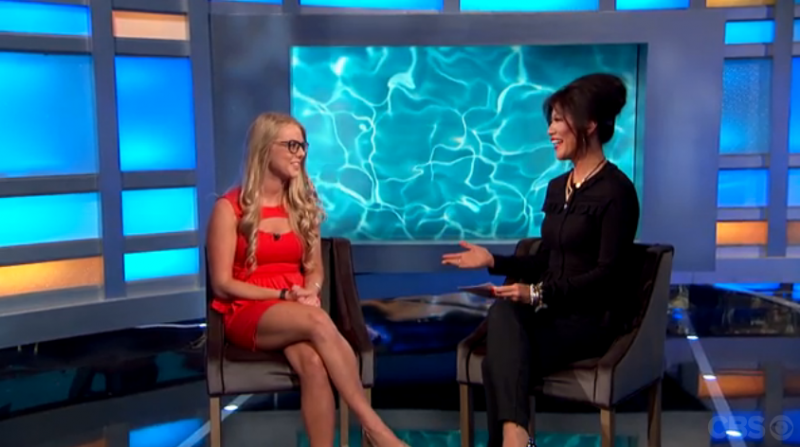 It was clear nothing was going to change with regards to Nicole’s fate.  Even with my idea that she could advocate to stay over Victoria considering her status as a 2nd Chance player, nobody wanted to keep an open threat around.  When we heard a little bit that Frankie and Caleb had reignited their friendship and then started realizing that Derrick wasn’t super-trustworthy, I had the smallest of hopes that perhaps someone would want to keep an aggressive player like Nicole around.  Nope.  Derrick is too good for that and ends up vowing to get either Frankie or Christine out in the presumed Double Eviction coming up.

The Quickest HoH Competition Ever 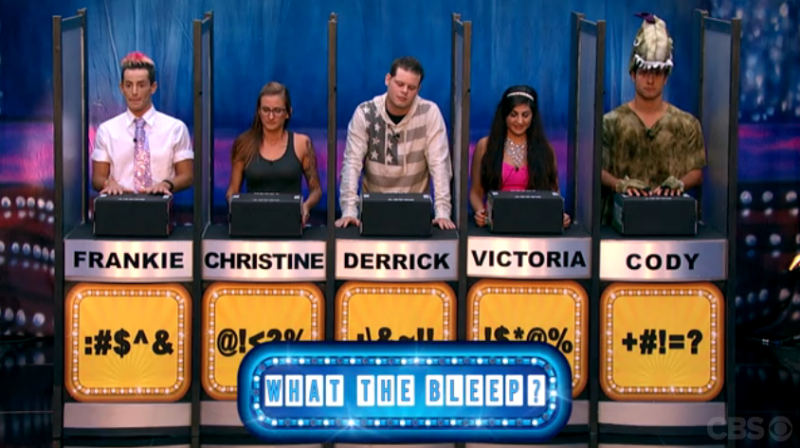 Explaining the competition right now would take longer than it did for the competition to play out.  You could tell CBS did not expect it to go down so fast.  The houseguests were going to be shown a clip of an evicted houseguest with a word bleeped out, and the houseguests would have to say True or False on the word that Julie provided.  The first clip was of Donny reading a letter from his girlfriend, and the missing word was “massage.” 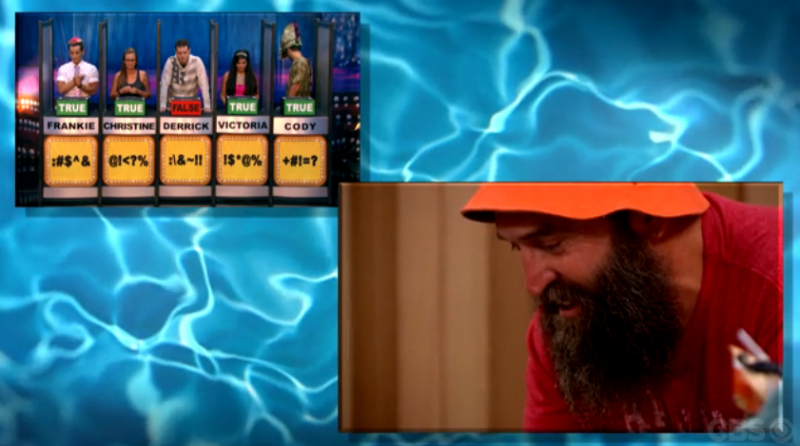 I was pretty sure that was what he said, as did everyone except Derrick.  I thought for sure that meant Derrick was out first.  NOPE.  The missing word was “kisses” and Derrick freaking WON on the first round.  HOLY SHIT.

Christine was oblivious, much like she was the rest of the season, to what was actually happening around her.  Sure, she was aware it was a Boy’s Club that she was involved with, but she really didn’t think that she in danger.  Yes, yes she was.  And like I’ve mentioned before, everyone thinks there’s time to make a big move, but they’re always wrong and out of time once they realize that fact.  Christine STILL didn’t realize she was in trouble until the votes were read against her.  So Derrick nominates Victoria and Christine, explaining to Victoria privately that Christine is the true target and Frankie is the backup.  Derrick lies straight up to Christine when they have their 1-on-1 (guess that’s a nice benefit to give to the HoH in this accelerated timeline).  Still, when she’s nominated, she manages to hold it together, assuming Victoria was going home.  Could Christine REALLY have thought the boys would get rid of the #1 GOAT of All Time (yes, I know that’s redundant)?  I’m still kind of surprised she wasn’t aware of her true status in the group. 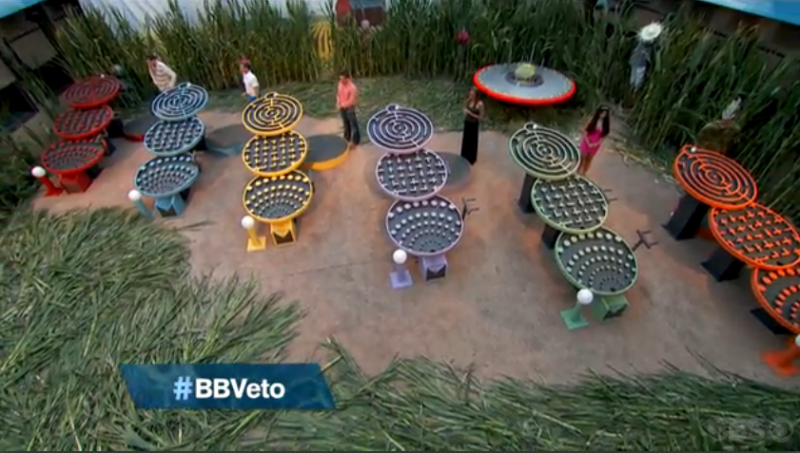 I thought this competition was pretty cool.  Frankie has proven to be a BEAST at competitions in this last half of the game, hasn’t he?  Christine looked to be kinda close to him, but he pulled ahead in that 2nd rung and never looked back. 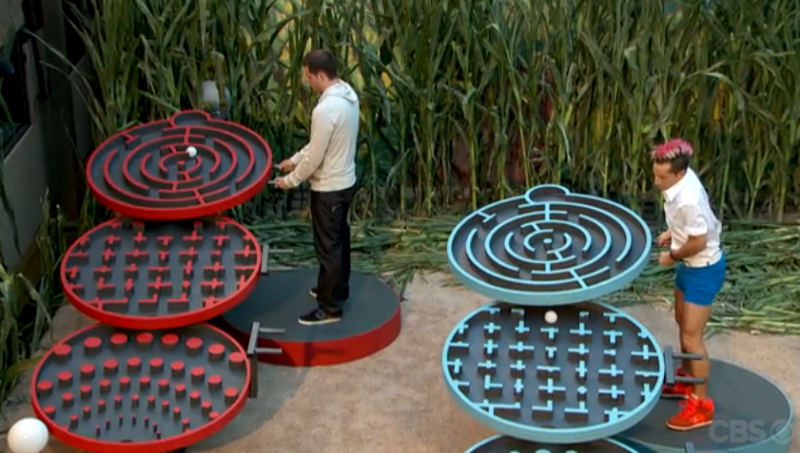 We knew that Frankie wasn’t interested in changing any of the nominations and surprise, surprise, didn’t use the Power of Veto. 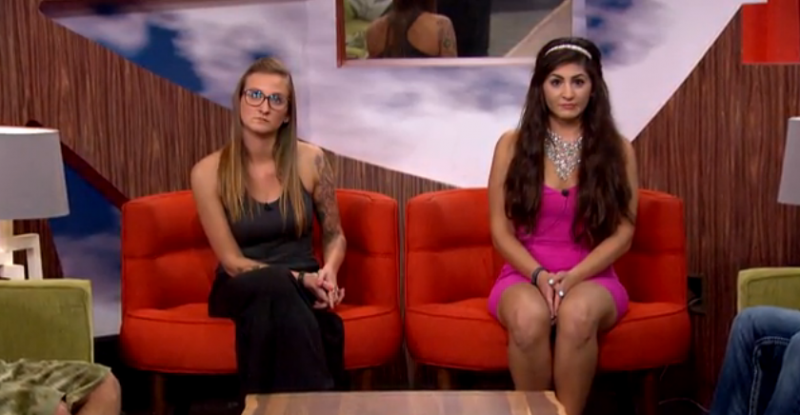 Even then, Christine still seemed to have an idea that she wasn’t going home.  I’ll have to watch the Live Chat with Jeff on CBS.com to see what her thoughts are about that whole situation, as I’m fascinated.  I also hope that she has a thick skin and knows better than to let the studio audience get to her. 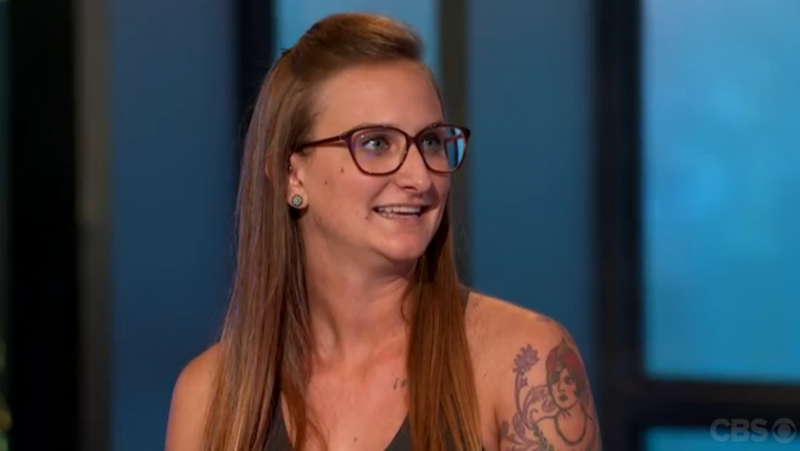 So yeah, the Vote happens and Christine is evicted unanimously, although it did look like Cody was really pissed or sad at having voted her out afterwards.

Hey, Let’s Throw in a Twist With Only 2 Weeks Left! 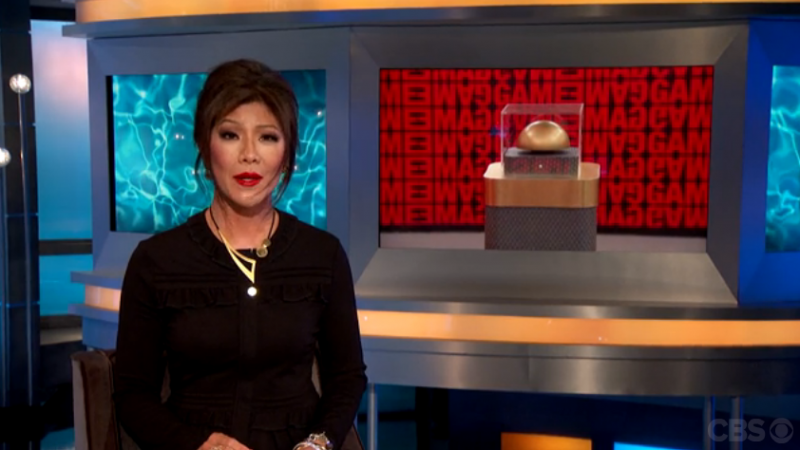 Yeah, why not stretch out the last few weeks some more?  We get introduced to this gold button called BBRewind, which if pressed by anyone in the house, completely undoes all the nominations and HoH status for the week, resetting everything back and requiring HoH to be replayed, etc.  UGH.

It looks like the remaining houseguests were also shown the BBRewind button on the video monitors, but left to speculate what it’ll actually do.  Frankie insists that no one be allowed to press it, but guess what, you know someone will press it, especially if they know what it means.  You know who WILL press it?  Whoever is nominated for eviction and didn’t win Veto.  So yeah, next week will be especially pointless as it’ll mean doing everything over.  To be honest, I’d rather have a redo week than have one of those “memories”/clip show episodes – those are the worst. 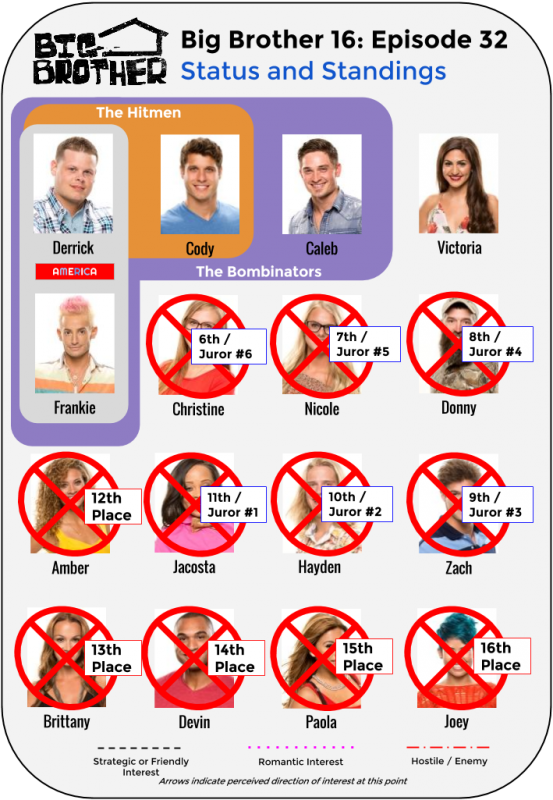 With the 5 houseguests we have left, it still is Derrick’s game to lose.  I think he has quite a bit of control without it being overt, while everyone else has their eyes on everyone but him and Victoria as targets.  Frankie will likely go after Cody next, while Cody will likely target him.  Caleb?  He might go after Derrick next but it’s probably he’ll do what Frankie tells him and go after Cody.  I don’t worry about Victoria as you know she won’t win HoH.  She just needs to hang in there and soon enough, she’ll be Final 2.  Unbelievable.