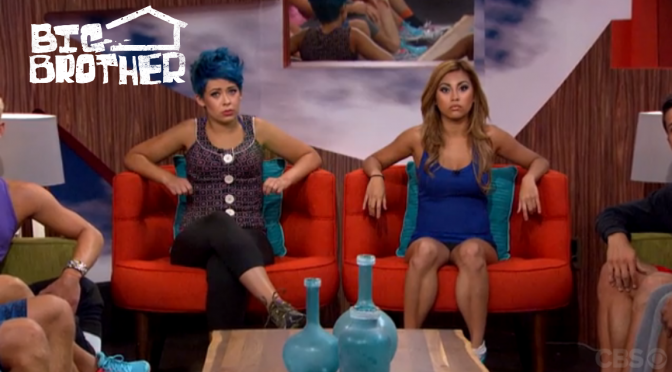 Why so many apologies? Â And who’s this Alex person? Â GOOD QUESTIONS! Â Let’s tackle them as there wasn’t quite a lot that happened in this episode, was there?

The Emergence of Alex 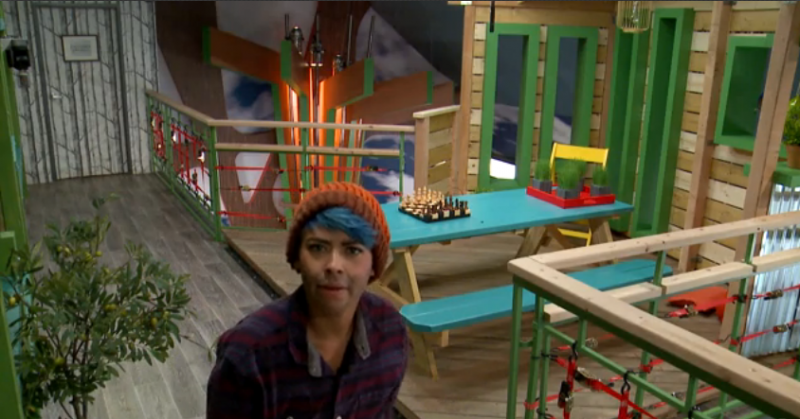 Too little, too late, Joey. Â You played a pretty shitty game in that last episode and you’re tainted goods. Â BUT, I did like the in-your-faceness of it all. Â Why not shoot for doing something, anything, that could change your lot in the game? Â I actually respected the move as she had nothing else at her disposal, and not surprisingly, her “Alex” persona and his accompanying message of “don’t fear those in power as if you do, you’ll always be afraid” kinda made sense to a lot of people. Â Unfortunately, it’s just way too early to decide to make a move. Â There are 13 voting people and it’s still not quite so apparent who is in power or not, so why make yourself a target unnecessarily. Â The thing that the people outside of the Bomb Squad aren’t realizing is that they’re the targets, so they SHOULD do something to upend the status quo. Â It’s just going to take a few more weeks before they realize that mistake….assuming the Bomb Squad doesn’t blow itself up in the interim.

The Courting of Amber 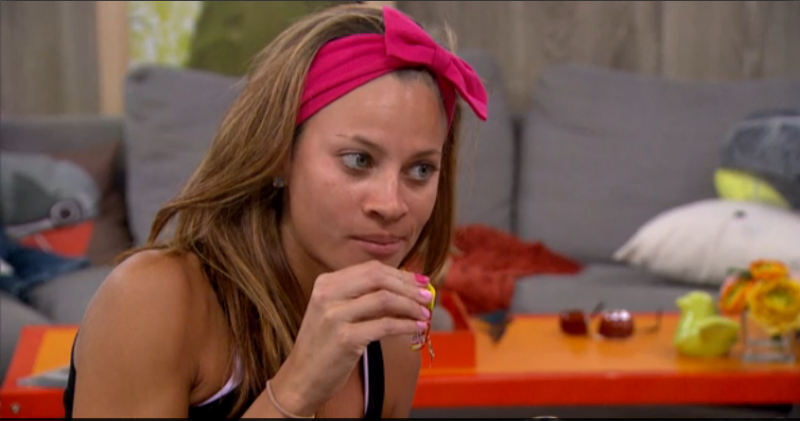 That picture says it all. Â After the show finally got to showing some of the romantic side of the house, it was all a big tease, as after Caleb awkwardly professed her desire for him…..I didn’t type that wrong, he told her that he knew she’d been looking at him. Â That’s when that face above showed up. Â Now, I’m not a girl, but Caleb is objectively attractive, in certain situations. Â I don’t have to live with the redneck though, and he may be a lot more to deal with in person. Â Wouldn’t be surprised in the slightest. Â But for Amber to flat out say no is pretty awesome. Â Is Amber interested in anyone in the house? Â Or is she one of the first pretty BB houseguests to be like, “pppppssshhhaw, no showmance for me!”? Â If so, more power to her. Â I really was surprised by the direction that went though.Â  Â As Caleb clearly was, as seen below. 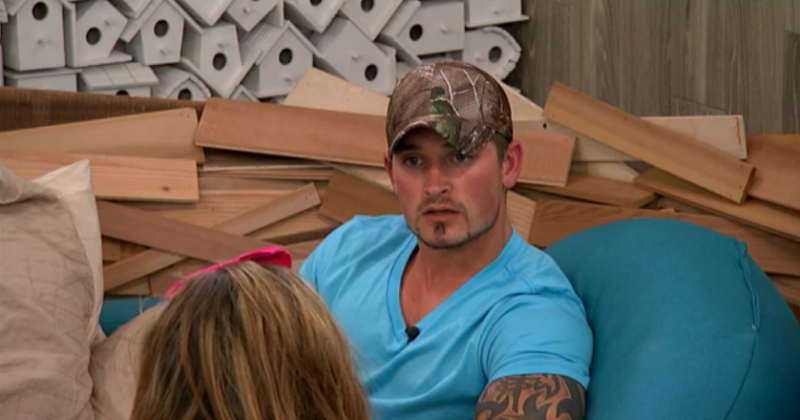 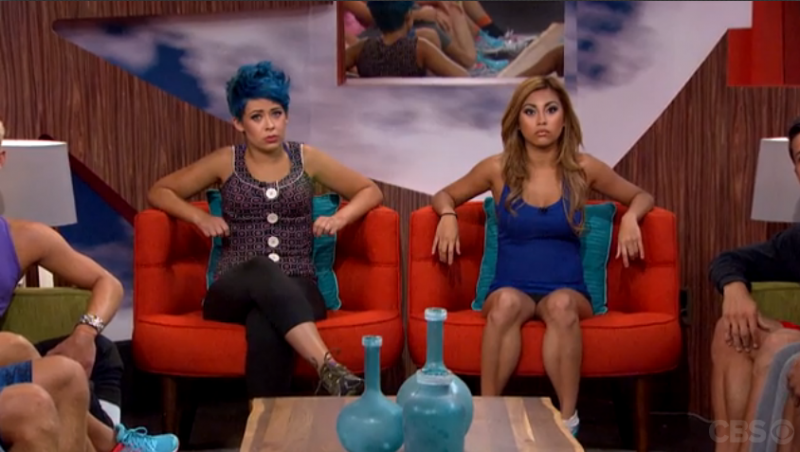 Taking into consideration the feeble rabble-rousing of Alex and Paola’s horrible challenge performances, it really wasn’t a tough decision. Â Joey was now known for making (terrible) moves, and Paola is PowPow. Â Hence, the vote was 13-0 for Joey to walk the plank. Â 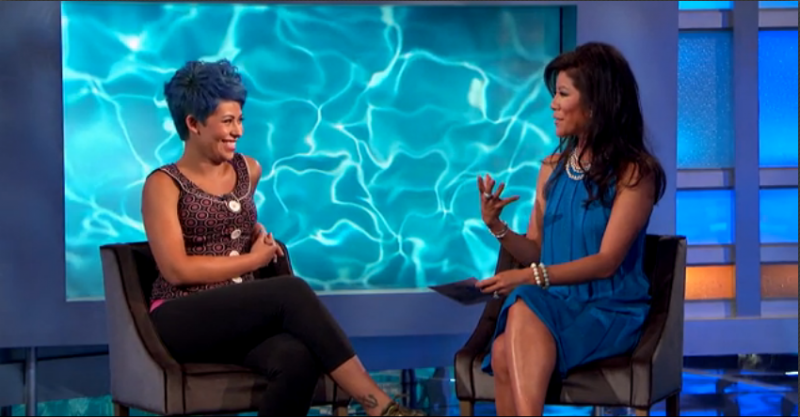 Once Joey was outside talking to Julie Chen, it was clear that Joey was a tad weird but not horribly so. Â I don’t know if the studio audience was sedated, but there was absolutely no response to anything Joey was saying. Â Maybe Julie wasn’t in her groove yet, but c’mon people, Joey was making somewhat humorous statements and she’s not a terrible person. Â Make some noise! 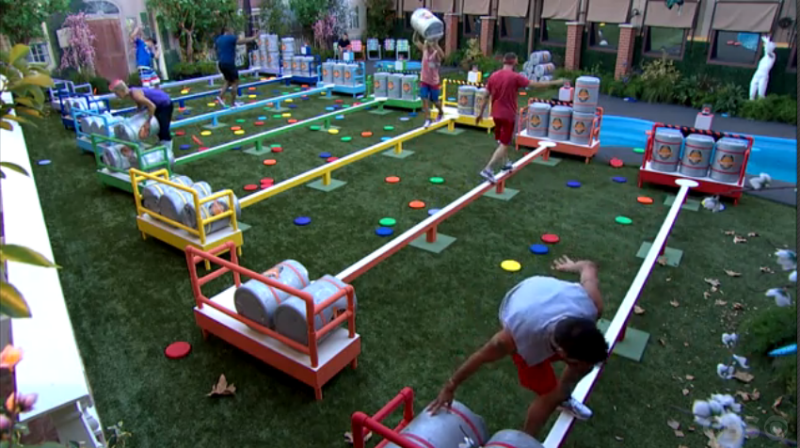 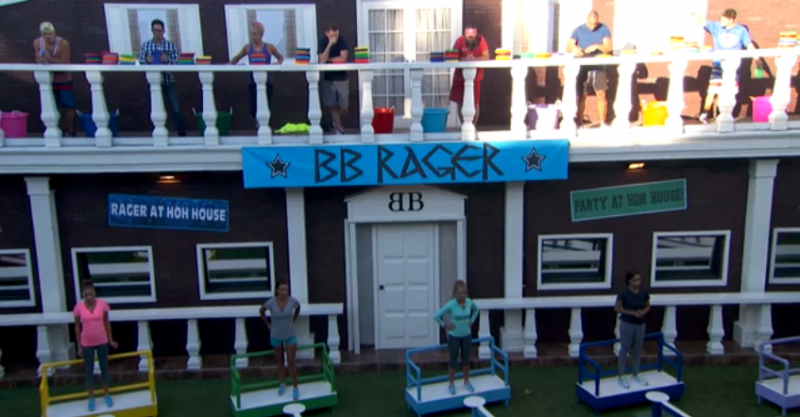 In a girls’ heat and a guys’ heat, oneÂ female and one male HoH would be crowned. Â Pretty simple challenge, and all you had to do was bring 6 kegs over a balance beam, one at a time. Â If you fell off the beam, you were done. Â The girls’ heat was first and Amber dominated it. Â Not even sure the other women were playing. Â In the second heat, well, this is where it got interesting. Â Hayden was killing it, and at the LAST FUCKING POSSIBLE MOMENT, HE FELL OFF HIS BEAM. Â 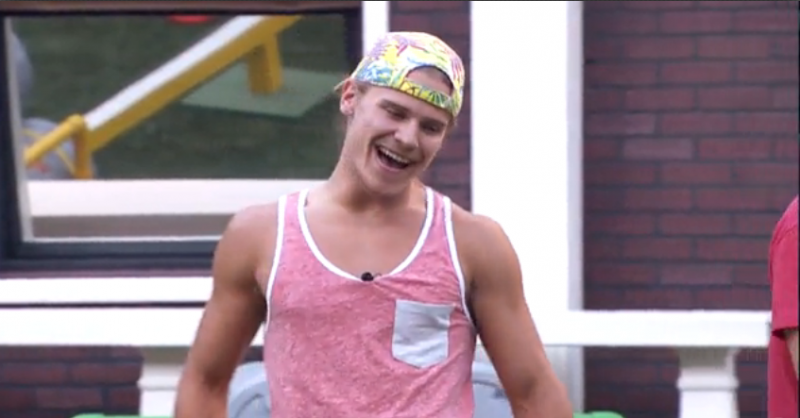 Then, the runner-up (apparently, since it was off camera), Cody, gets told by Julie after the last commercial that he had been disqualified as his foot touched the ground before hitting his buzzer. Â So the eventual HoH was Devin.

An immediate UGH from me, but I think it should be fun to see what happens with him in charge. Â He’s going to lose his goddamned mind. 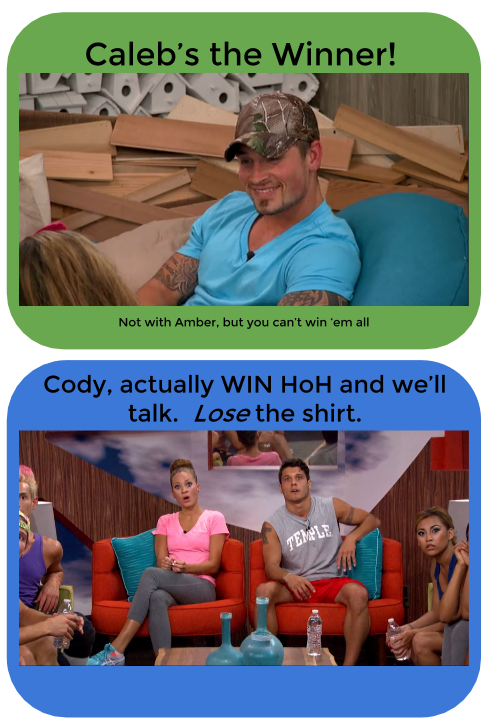 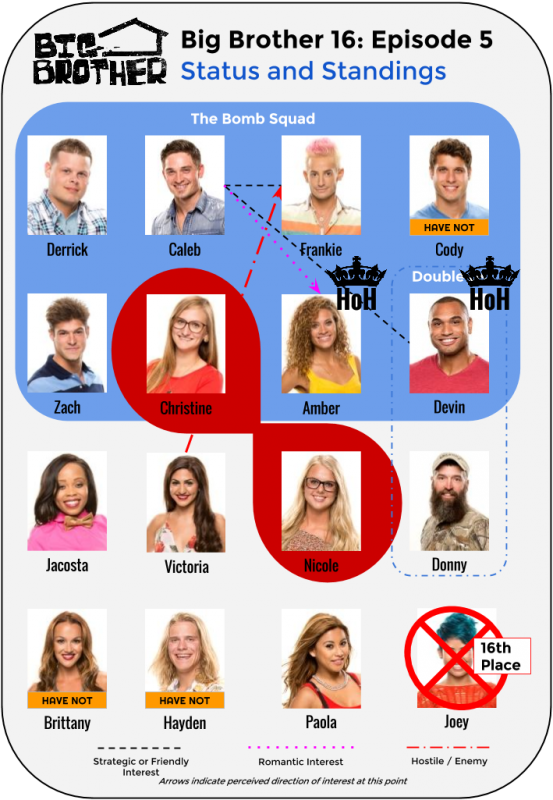 I changed the color of the Bomb Squad block because the colors were getting a bit abrasive. Â Joey has been X’d out. Â Only added the tragic romance of Caleb and Amber – here’s hoping a dual-arrow is in their future, at least for Caleb’s sake. Â I wonder who Amber has her eye on instead?

Once something actually happens with TeamAmerica, I’ll talk about it beyond its listing here. Â Luckily they’re accelerating it so that this next week will have the final 2 slots filled at once. Â Hopefully Donny isn’t out next! Â I worry for his safety as he is still an easy target for the Bomb Squad, and with Devin making 2 of the upcoming nominations, I’d be surprised not to see Donny’s name up there, even if Devin has to make up some bullshit excuse. Â Not sure who Amber will target, but I’m pretty sure it’s going to come from anybody in that diagram above in the bottom half.

2 thoughts on “Apologies to Alex, Cody and Hayden”