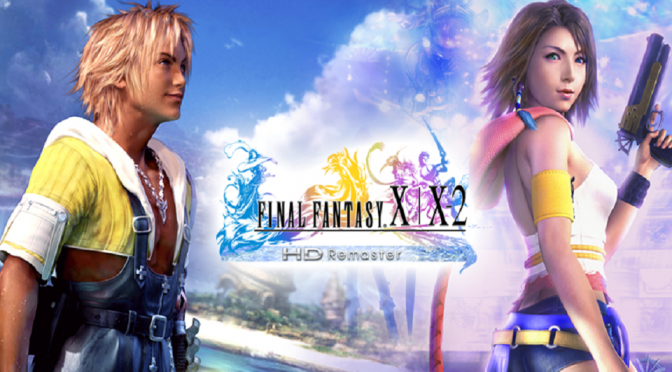 Square-Enix released an HD “remaster” of their 2002 classic Final Fantasy X (as well as X-2, the sequel) and you KNOW I picked it up.  It’s amazing how easy it is to get lost back in the world of Spira along with the compelling cast of characters like Tidus, Yuna, Lulu (oh, Lulu…always so dark), Wakka (so hot and close-minded) and oh so many more…. I remember playing the hell out of this game with Jason while we were living in the Azores house in Sao Sebastiao.  Such good times, especially persisting with the Blitzball mini-game.  The remaster looks glorious on my 65″ HDTV and the game is still so much fun and a massive time sink, but if it’s fun, I can’t say it’s too bad of a thing.  The best way to keep from getting too obsessed about it is that I play it in the living room and I’m doing my best not to drive Larry crazy with playing games there.  So there’s that.

Anyways, yay Friday!  This weekend looks to be fun, what with a hike tomorrow morning followed by finally seeing “Book of Mormon” at the Pantages!  Then on Sunday…..seeing Captain America 2, and then of course, Game of Thrones Season 4!!!!!!!  Should be a good weekend.