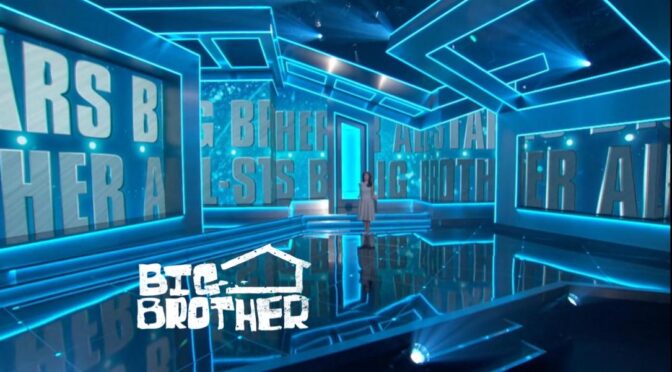 Is it weird that the world is suffering through a pandemic and one of the brighest sources of comfort for me is a dumb, addictive reality TV show?  If so, don’t care.   I can’t tell you how happy it made me to watch this first episode of Season 22 – which also happens to be the first All-Stars Season that Big Brother has had since Season 7 way back in 2006.  Two thousand SIX.  I was in Colorado Springs still and in the Air Force!   I hadn’t met Larry yet.  I’ve lived an entire life since the last All Stars, and that life has admittedly completely crumbled and withered away in that time too, but hey, this brings me joy, so I’m going to embrace it.

I’m stoked that friends also are obsessed – so we’ve set up a draft for this year.   I think I got some good picks, and while some live feeds info makes me wonder if I’ll end up doing good long term with my picks, it’s always way too early to make that kind of call.  If you want to peek at what we’re doing, click here to our Google Slides about it.

The first 4 houseguests to enter are Nicole F, Daniele, Da’Vonne and Christmas.   It’s a surreal thing to see this brand new, gorgeous exterior studio and it’s utterly empty.   No studio audiences in the Age of Covid, and as you can see, the HGs have their masks on still.  These folks have been quarantined for 2 weeks to ensure that once they go in to the house, they’ll not be spreading anything inside.   It’s crazy but necessary.  It was a 2 hour episode, so after some chit-chat, Julie had these first 4 go in and compete in a semi-final for HoH.  It was a ball maze puzzle and only the first 2 to complete it would go forward and compete for HoH. 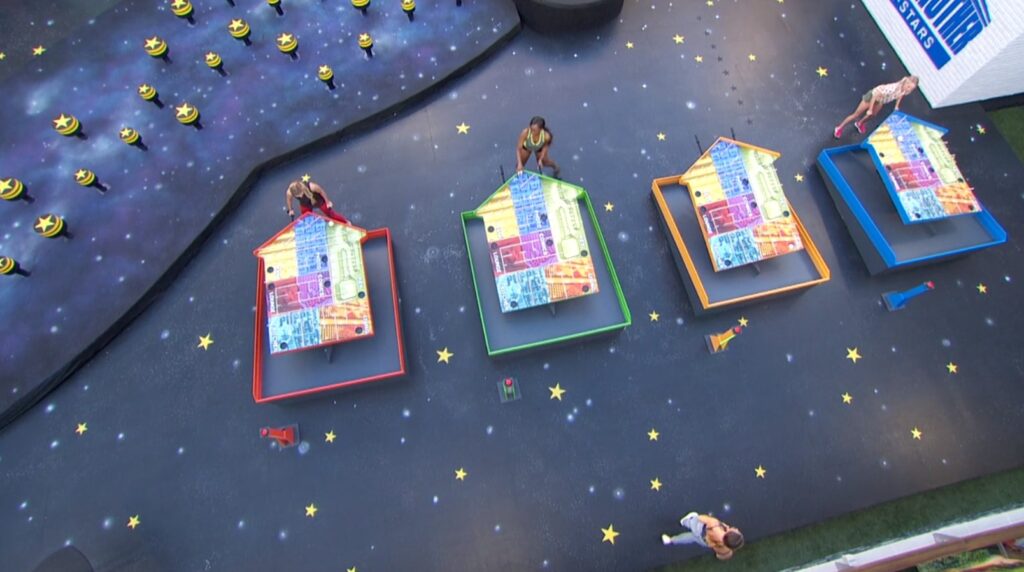 Only Christmas made it to the finals in this group.  What I seemed to notice was that in these groupings, the girl groups all had to go for the rear part of the puzzle while the guy groups had mid-way targets.  Kind of bullshit.

Our second group in was Kevin, Tyler, Ian and Enzo. Kevin and Ian were the ones who made it to the finals.

The next group of four was the last of the girls:  Nicole A, Janelle, Bayleigh and Keesha.

This queen is welcome to be on every single season of Big Brother, at least if I have my say.   Same for Britney.  She, along with Kaysar, are from the earliest season represented in the cast (BB6), and you know she’s still a threat to go super far.  I hope she can take it all, but she’s not exactly under the radar.   None of these people are tbh, yet Janelle stands tall as a BB MegaStar. Get it Queen!   LOL tho, only Nicole A was able to complete the ball puzzle.  D’oh!

What were we talking about?   Jesus Christ, Cody is still so freakin’ hot and he is a welcome return to the show and my television screen.   I think it’s undoubtedly true he’s hotter now this season than he was in his previous season.   He’s on my BB Draft team so don’t fuck this up Cody.   You need to stay here for a good while. 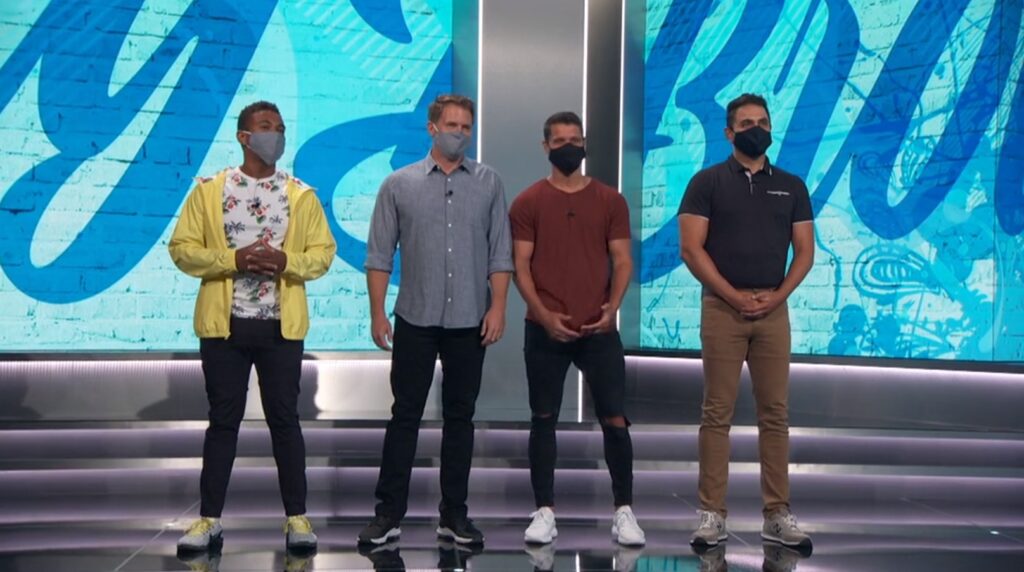 The last group is David, Memphis, Cody and Kaysar.   I’m excited to see Kaysar play again and to look at Memphis as he’s now a definite DILF.  David gets a chance to actually play this season as he got screwed out of playing last year with that lame elimination.   Anyway, of these guys, Memphis and Cody moved to the HOH round. 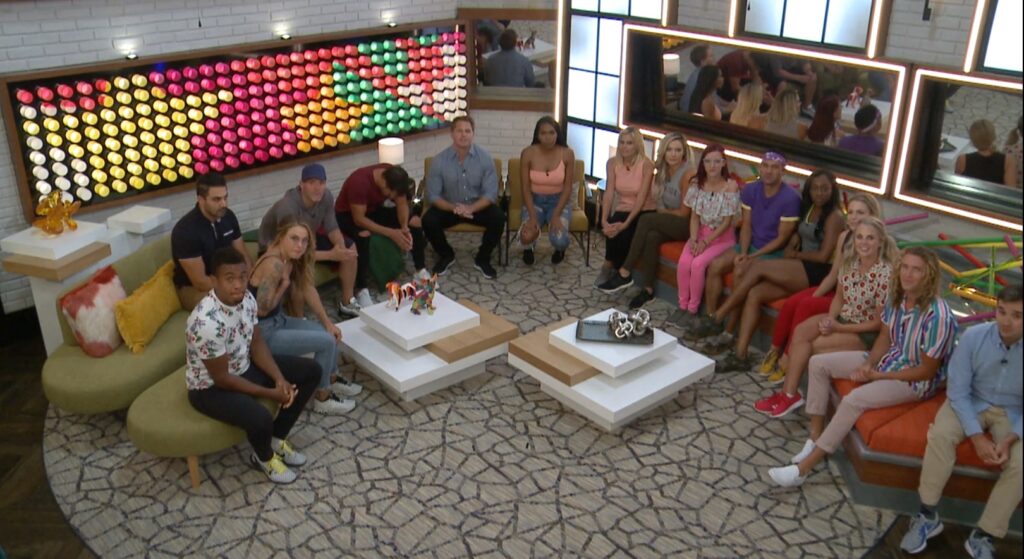 But first!   Everybody got a chance to meet and see who actually made it through the quarantine.   What was oddly touching and strange was the fact that all these people could hug the other.   When and if I read this in the future, it’s gonna be weird (I hope) to read this and try to remember the mindset I’m in right now, which is that i’m missing human contact and touch and the sight of people hugging was very emotional and I had a lot of longing for it.   Fucking hell is what this is.  But for a while, we get a glimpse of something fun and interesting. 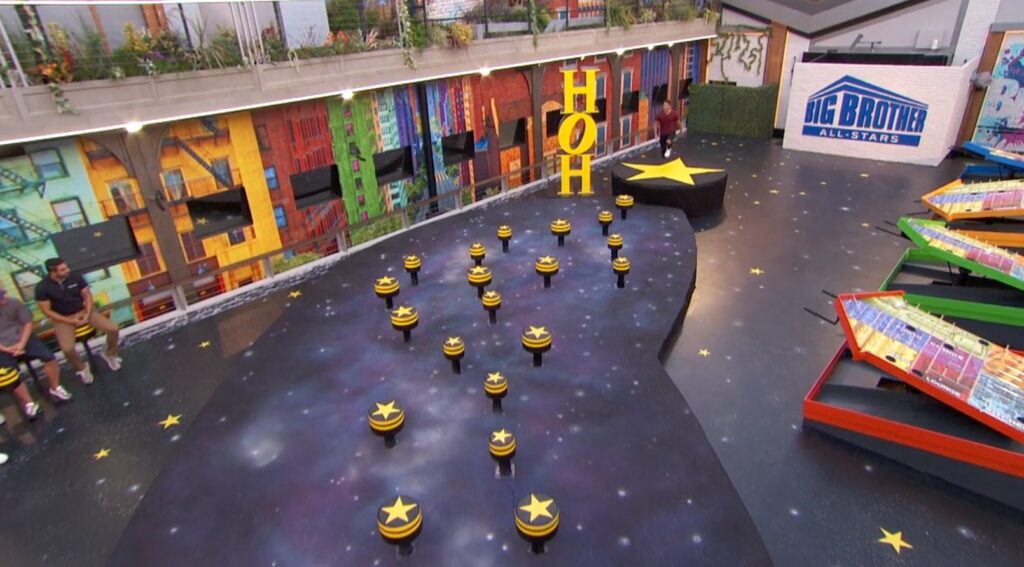 In this competition, you have to hop along these star-posts to the finish line in the quickest time.  The catch is that some of these posts are rubber and you’ll fall right off. 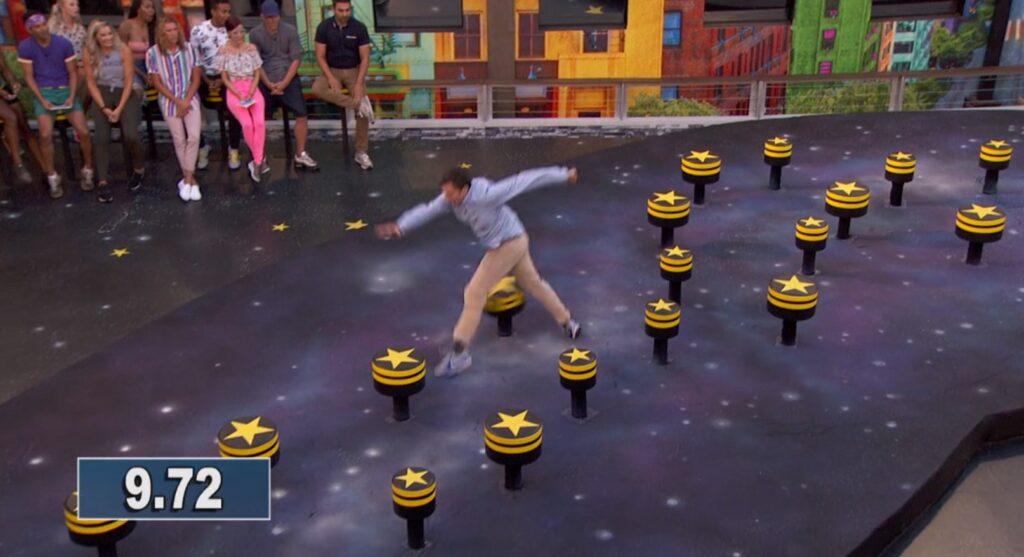 Poor Ian here made a good run but as you can see here, he got boom shaka laka’d and hit the ground mid stride.   It really didn’t matter, as Cody fucking dominated this and I don’t know how. 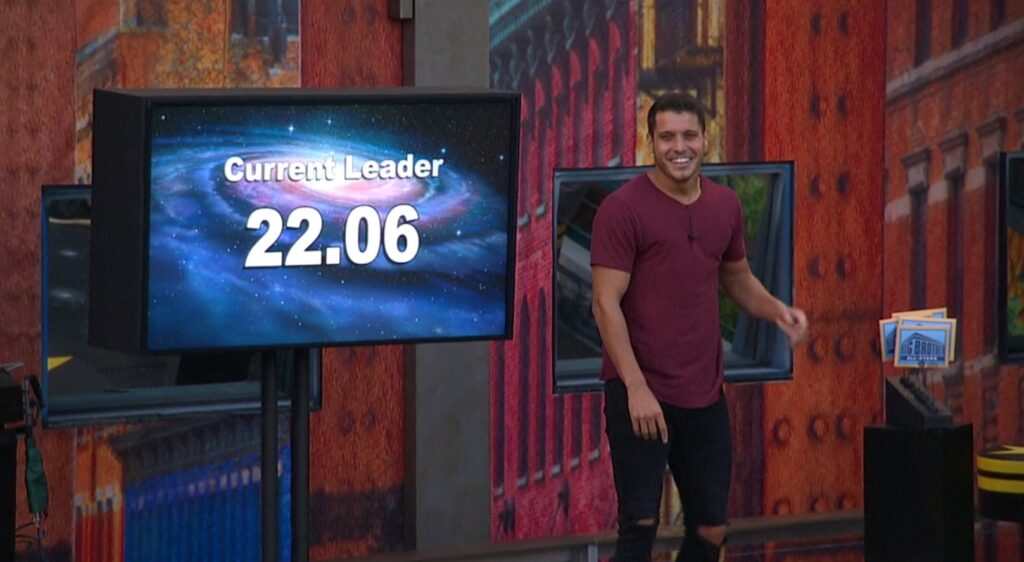 That’s an insane time.  So yeah, Cody won the first HoH of the season.   I have a brief lead in points because of that, but oh man, the first week is always no barometer for where the season ultimately goes.   Typically the first 2 targets end up skating by for a super long time afterwards, but we’ll see.  This is All Stars and everyone knows everyone, and I know even from reading the live feed comments that there are lines drawn already.   And I’ve heard Janelle and Kaysar are talking shit already and I’m here for it.  🙂 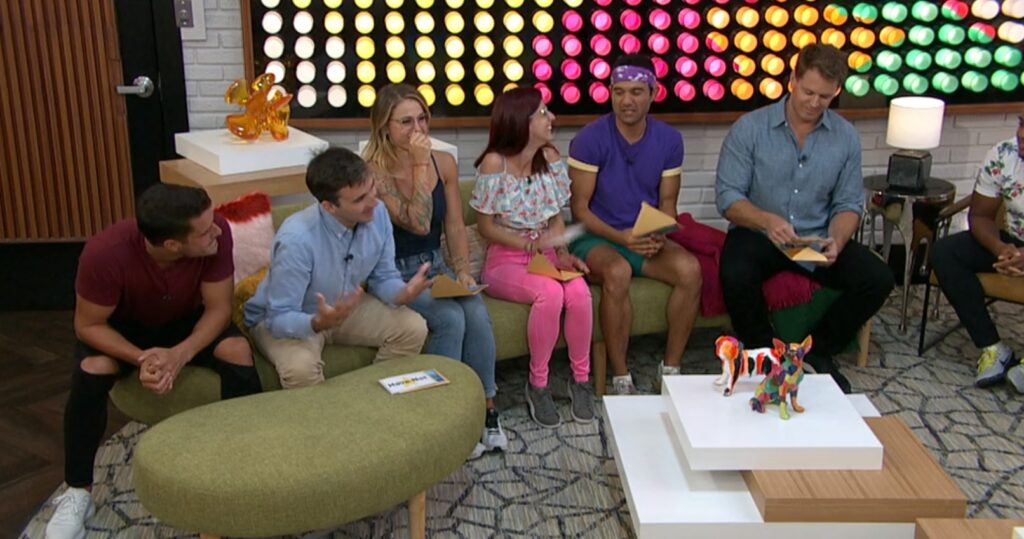 The other HoH competitors got to take envelopes – and found out if they got reward or punishment.  Christmas got $5k while Ian, Nicole, Kevin and Memphis got Have Not status.  womp womp! 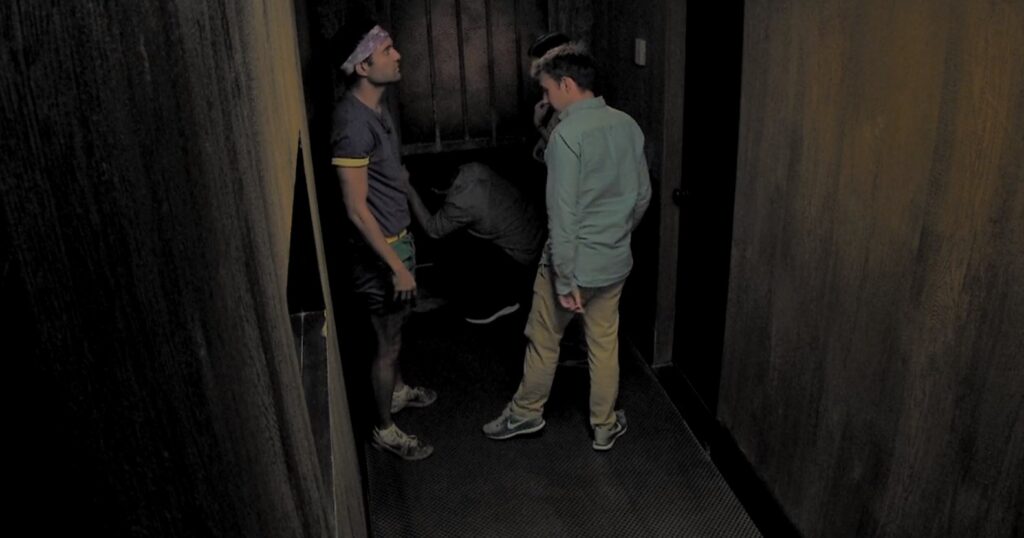 Funnily enough for them, Live TV provided them a bit of respite as the door to their HoH room (which you look to have to crawl into) wouldn’t open.  LOL.  Anyway, it was a great first 2 hours of BB22 and Mel, Nicki, and Sarah will be competing for our grand prize as well over the season and it’s just nice to have something fun to focus on. 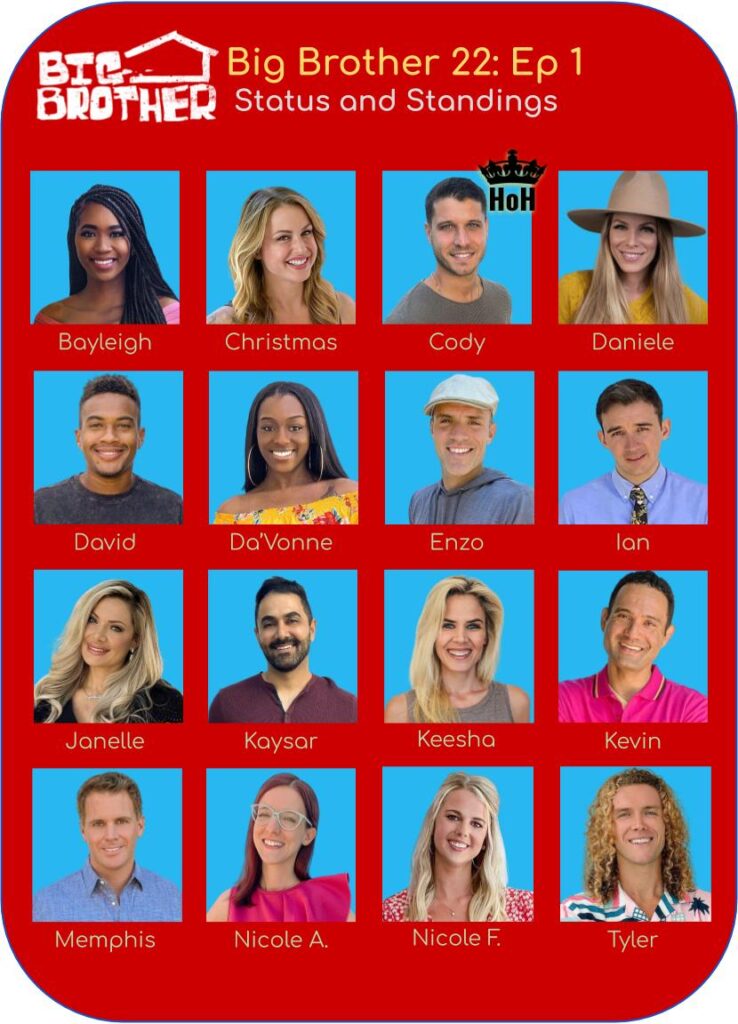