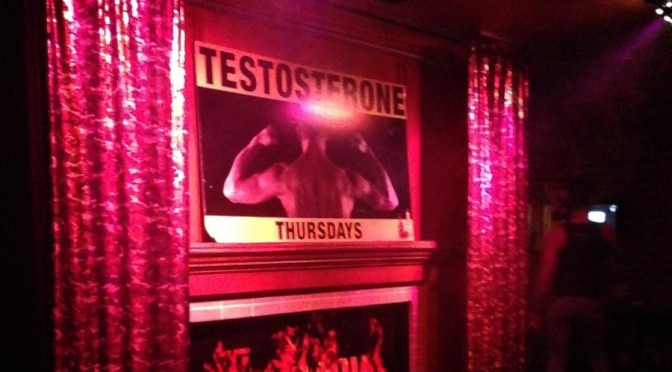 I made it back home this afternoon after a nice long six and a half hour flight from Newark.  Early departure though, had the whole row to myself (yay for a very empty flight), got to watch Fiddler on the Roof for the first time and still had 3 hours left to kill.  Larry was amazing and picked me up from LAX and we got back and I commenced a period of vegging as I was exhausted.  EXHAUSTED.

Besides it being an early flight though, I was tired from the whole NYC trip in itself.  The two days of work we did were pretty extensive but very productive.  We also managed to have a lot of fun in the evenings too.  The first night was Ramen as was seen in my previous big post;  the second night was a dinner with many of the people that were involved in the big workout session on Wednesday at a Mexican restaurant called Blue Moon (which may or may not have had a gay manager; ask Joe) and in which I developed a killer headache and our driver managed to get pulled over just a block from our destination; and then this last evening on Thursday….

After work and taking an EC shuttle back to the hotel, Nicki and I went to Blue Smoke and indulged in their fantastic barbeque food, but of course the highlight, for me, was the mac & cheese.  Of course, the bartenders and waiters there are all extremely cute and in some cases, flat out hot.  Yay!  Then we met up with Joe afterwards back in Hell’s Kitchen to enjoy some gay bar fun, first at Industry, which I’d never been to and we only stayed for like a minute, after which we went across the street to Therapy.  Therapy is the bar where Larry & I ended our first date and had our first kiss, and is probably the nicest and classiest of the gay bars in Manhattan.  We were there for Testosterone Thursdays, which is when they put on a strip show.  SWEET.  3 hot guys dancing in rapidly disappearing thongs, a midget in a red full body sheath dancing to Britney, and a ferocious drag queen named Bianca del Rio (soon to be seen in the forthcoming 6th season of Rupaul’s Drag Race) later, I can say I definitely wouldn’t mind returning for more of that!  I think Larry & I will have to explore some of the local offerings too.  Can’t say that the sight of a super hot guy stripping down to almost nothing is a bad thing.  Not. At. All.  So yeah, it was a good night and a great way to end the NYC whirlwind tour.  I’m also stoked to be gone from that cold hellhole – seriously, too fucking cold.

Me and Nicki at Blue Smoke

At Therapy for the show

Let me just say, I’m so happy to be home and with Larry.  There’s nothing like your own space.

Here are pics I took on the flight home with my iPhone – there are stupid black specks because of something on the lens.  This is why I don’t really prefer taking pics with my phone and rather with my camera, but I just was going with convenience.  That’s the worst.

Manhattan in the distance