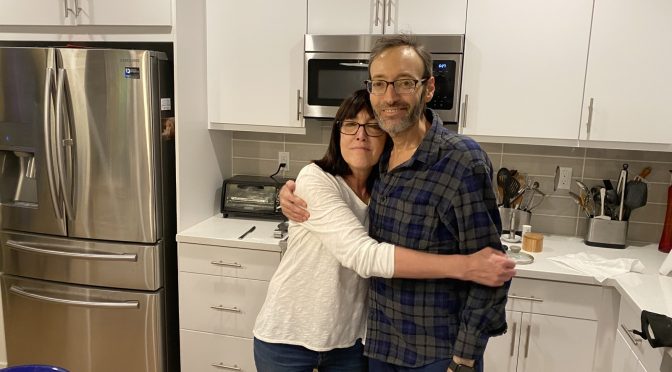 Man it sucks realizing that my 4 weeks of leave from PwC are coming to an end.  I do have to say that it’s a fantastic benefit – and I think it made sense to take it during this period where Larry is still somewhat mobile and active.  I know that if things go south it will be just as hard to work – and I’ll have to figure that all out as it happens.  Anyway – this day we were off to UCLA Santa Monica to formally sign up for the clinical trial.  I can’t say that I was in a great mood today.  It’s hard to think about what we’re doing – it’s a Hail Mary and a long shot and could be what is finally what closes things out for Larry, but the alternative of him continuing on this chemo only increases his misery at the side effects.  It’s really a tough position to be in – and we don’t know if what we’re doing is right or wrong.  Looking back at these last 18 months or so, it’s tough to know if we made any missteps.  I don’t think we did.  We went with the information we had and were as aggressive as we could be – but his cancer was just that much more aggressive.  I don’t even think doing the hepatic pump install was a mistake – it was what we had and if it had worked would have bought him a couple years, at least.  I just wish somehow we had found this cancer earlier.  That’s the biggest regret.  So I was in a shitty mood today, Larry snapped at me during the appt for something stupid but I just couldn’t deal, so I shut down.  Finally back at home Fran was able to get me to get it off my chest and we could move forward.   We made filet mignon steaks that night on the grill and they turned out surprisingly okay.  That night, in bed, Larry and I embraced and comforted each other – it’s been tough for everyone, and I probably will remember that more than anything else that is to come.  I fucking hate that this is what it is coming down to.  It’s just not fair.