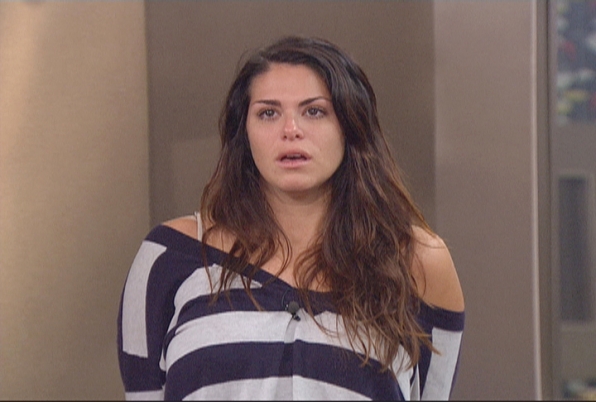 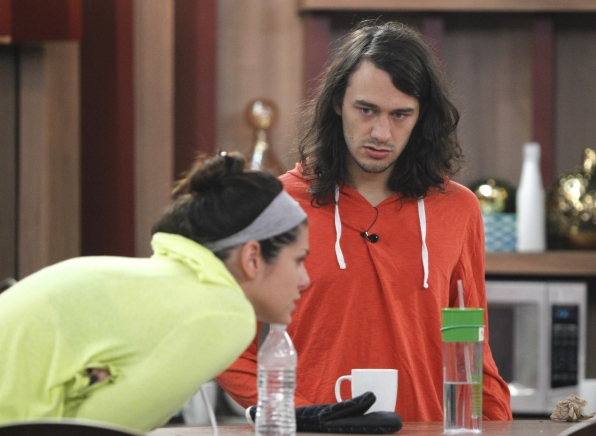 I had to stay up soooo late you guys to watch this, having celebrated Rosh Hashanah (that word is hard to spell if you don’t look it up) earlier in the evening in Orange County with wonderful friends and family. Â So I’m super tired but it was so worth it as this was truly the Amanda & McCrae Romeo & Juliet Hour brought to you by Triscuits. Â It’s barely worth getting into the sheer hypocrisy and insanity of Amanda playing the role of martyr, as it’s well-tread territory. Â And the music? Â The music! That music during the Veto comp and then when Amanda and McCrae are effectively giving up on the game….ugh.

Anyway, over on AfterElton.com, the wonderful Louis Virtel has another fabulously great write-up of yesterday’s episode, giving me quite a complex in the process as he picks up on those things I definitely do but inevitable forget to write about. Â Check it out if you can:

As Louis points out quite accurately, Amanda has absolutely no idea how America perceives her or Elissa, and it’s amusing to watch. Â She’s lived in such a cocoon or bubble up to this point that it really is insulting to her that other people actually want to play the game. Â How dare they not want to coronate the “first showmance couple to make it to the final two”? Â Yeah, how DARE they. Â Also amusing? Â Elissa’s surreptitious spying on Amanda and Andy in the storage room until Spencer totally caught her and ratted her out to them later. Â I expected a full-on Amanda Attack on Elissa but it was just one slammed-open door. Â What a tease. Â I can’t tell if Elissa not trusting Andy is a harbinger of future conflict, but it likely is a whole lot of nothing.

The Veto and The (Inevitable) Separation

Amanda really is surprising in her challenge performances, 2 months into the game, isn’t she? Â That challenge did look a bit vomit-y and Amanda was targeted by EVERYONE yet basically kicked them all to the curb. Â I think after a while, even though it’s exhausting, the repeat player gets GOOD at the challenge, while the new contestant is still trying to find their footing. Â I’ve seen that happen plenty in Big Brother before as well as in Survivor, where it’s expected through attrition that the majority can get rid of a target, but that target’s desperation just fuels the fire. Â So yeah, Exterminators? Â You kinda blew it in this challenge. Â Of course, it all led up to the “dramatic” Amanda v McCrae final showdown, and in the span of under a second, McCrae edged out a victory. 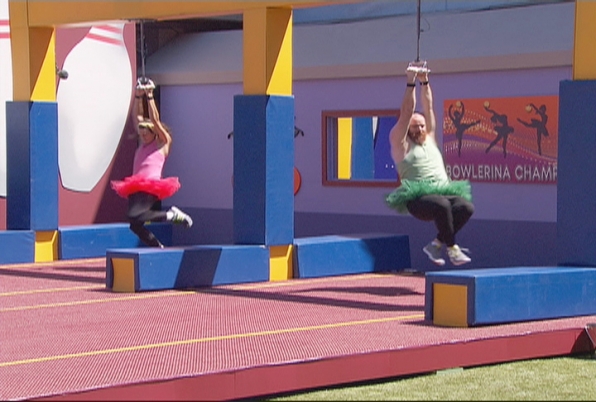 Clearly, both Amanda & McCrae weren’t about to throw the challenge this time. Â While they seemed to have a strong showmance, both are also really playing the game, and no way were they going to cede it to the other. Â I might have felt a SLIGHT twinge of sadness seeing that they did have to cannibalize the other, but it was very very slight. Â These two have had this reckoning coming for the longest time – is it the fact that GinaMarie has ended up causing this adding insult to injury? Â TOTES POSSIBLE. 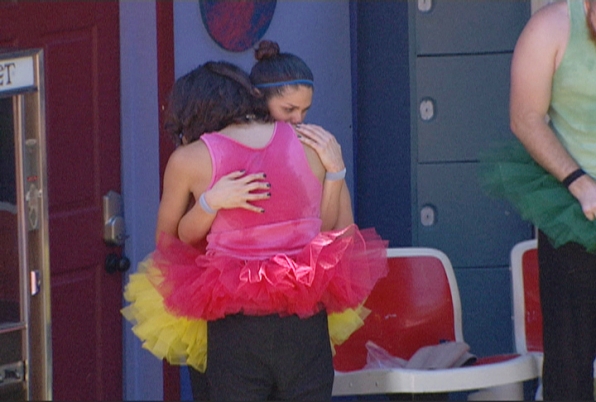 In the end at the Veto Ceremony, McCrae allowed Amanda to present a case for him to use the Veto on her – she gave quite a good speech honestly about how there’s no way she’d ask or expect him to use it on her, and just like that, he obliged, and took himself off the block. Â In a surprise to me, GinaMarie had warned the Exterminators that there was no way she was going to put Elissa up in order to repay Elissa not putting her up last week against Aaryn. Â Frankly, I’m shocked that she felt obliged. Â GinaMarie, as goofy and stupid she can come across, definitely has a code of honor. Â Interesting. Â So the pawn role had to go to one of the Exterminators, and while it looked like Judd may have been going up, Spencer got chosen, for a record-making 7th time. Â Honestly, she should have put up Andy. Â Then we’d be talking something a bit more interesting.

Alas, McCranda is over tonight….but will it be just a temporary separation? Â With Amanda out first, I wonder if McCrae is going to follow her out less than an hour later? Â If he doesn’t win HoH, it’s almost certain that’s what happens. Â Tonight’s episode is the 500th! Â Crazy, isn’t it?