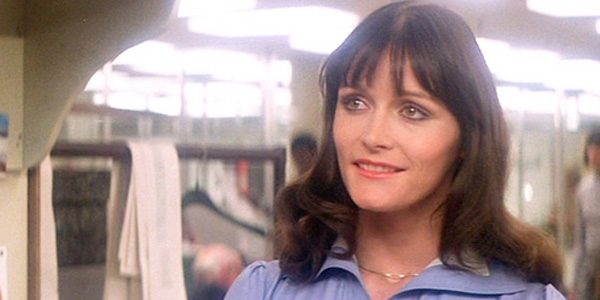 I was wasting time on the Internet today as can occasionally happen and there was an article on the A.V. Club defending the 2006 movie, Superman Returns, which is a worthy read in itself, but in the comments section, someone linked to a 2009 A.V. Club article/interview with Margot Kidder about her many movie roles.  It’s a fantastic read and really lets you appreciate just how ballsy Ms. Kidder is and how little she gives a shit about dishing the details on her experiences.  She’ll happily own up to all the shitty movies she’s been in and is a harsh and hilarious judge of her own acting capabilities.   Beyond just wanting to share these fun reads to the world, I also have to say that I have a very non-involved role in Margot Kidder’s crazy bipolar experience of 1996 when she entered the tabloid news after having been found stumbling around all rough and haggard in someone’s Glendale backyard.

An A.V. Club commenter (Anonimoose)  helpfully posted this summation of her experience in 1996, and I’m posting it here because it gives perspective:

She had a manic episode, spending 10-12 hours a day typing on her memoirs (then titled Calamities). She suffered a data loss, had her hopes raised by thinking something could be salvaged, then dashed when it was deemed impossible – she lost 3 years of work.

This coincided with a severe crash into depression and manifested itself as a paranoia: her data loss was part of an effort by her ex-husband, Thomas McGaune, and the CIA to kill her. She freaked out in an airport, threw away her purse (rendering her penniless). She tried to use her ATM card outside the airport but thought the cash machine was about to explode. “I took off running,” Kidder recalls. “I slept in yards and on porches in a state of fear.” By the afternoon of the 21st, Kidder had made her way downtown, a distance of some 20 miles, and was taken in by Charlie and another (homeless) man.

Kidder set off on foot to see her friend Shuster, a former Saturday Night Live writer who has a home in La Crescenta, some 12 miles north of downtown L.A. Margot had hacked off her hair close to her scalp as a further disguise.

The next day, says Kidder, “I was walking up this endless mountain and had the wondrous realization that though I was stripped of all traditional forms of identity, I was still me.” That moment of relative clarity finally led to her rescue. Feeling less driven to hide, the actress took refuge in a backyard in Glendale, where she encountered homeowner Elaine Lamb and told her, “I may not look like it, but I’m Margot Kidder.”

Where I come in:  I was working at Bookstar in the Beverly Connection, a mall in West Los Angeles across the street from the Beverly Center.  It was a fairly popular bookstore in the area and we got many frequent celebrity sightings in the store.  One weeknight while manning the front counter, I hear a strangely familiar voice at the small end of the counter and look over.  I nearly die.  It’s freakin’ Lois Lane.  As a ginormous fan of the Superman movies, seeing Margot Kidder in person was like having the imaginary become real.  She had her long hair and she talked with that raspy smoker’s voice.   I possibly squealed, but I’m fairly certain I didn’t and managed to keep it together.  She ended up talking with another clerk who was there, telling him that she needed books on how to restore data on hard drives and anything on how to remove computer viruses.  We only had a few books on that topic and really, books aren’t that much help when what you need is a software or hardware based solution.  We got her the books that we did have and she ended up staying at the counter for a while scanning the contents.  She chatted with the clerk a bit and revealed that she knew she was being monitored and that what was happening was some kind of attack.  Further, the books we had just didn’t have the details she needed to help with her situation.

I remember listening for a bit out at the counter and then going into the back office so I could listen at the door without being completely obvious I was gawking.  I couldn’t get over that one of the stars of possibly my favorite movie as a kid was right THERE! I figured she was a bit eccentric with her story about the reason for her data issues but when a few days later the story broke that she had pretty much lost her mind, it was very strange to ponder that her moment at Bookstar could have been her last lucid one for a while.

This rambling is all to say that I still love Margot Kidder’s Lois Lane the best and after reading that Random Roles interview in the A.V. Club, I love her even more.