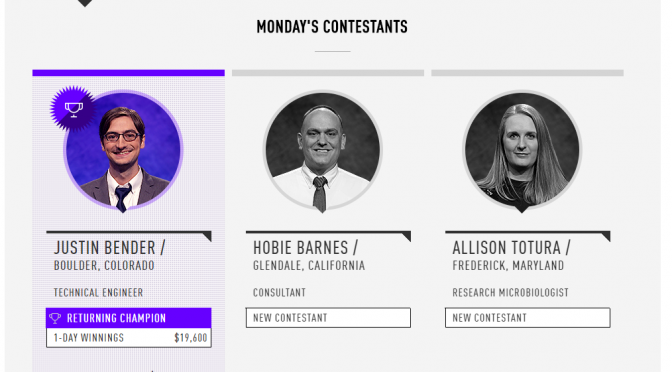 Now that the results are out there, I can finally discuss what the thoughts were that were going through my head right after filming as well as a few days after that, once I got my head back on straight.  It was a tough thing to not win on Jeopardy, and to fall into second-guessing my bet.  There wasn’t any second-guessing of my answer, to be sure, as I had no clue the answer was the Netherlands.  None.  But the betting was where I got most hung up on.  And the fact that I’ll not get another chance to try and do better!

Anyway, here are those posts – the first is just me decompressing about the crazy experience of having just filmed an episode of Jeopardy!:

and here’s the second one that I wrote a few days after the fact: