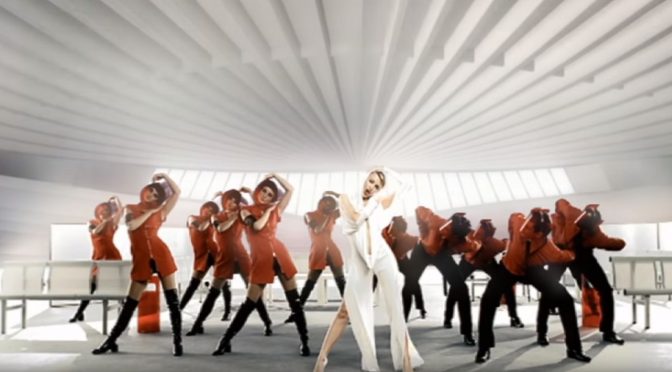 I saw this news today about Kylie Minogue releasing a new album, Golden, this year, which got me to thinking about how much I love her music.  That love affair started back in 2001 when I first heard the truly amazing song, “Can’t Get You Out Of My Head”:

I was instantly hooked.  The video makes the song even more compelling.  The song is still incredibly catchy and danceable, and no big shock, it was in my mind a centerpiece of our reception’s playlist.  The dance floor was on fire with everyone going through the tunnel to this song.

Anyway, Kylie’s entire album Fever is a banger, and even with it being 17 (!!!!) years old doesn’t sound out of place nowadays.

Kylie has a lot of great songs, with some notable ones shown below.

“Come Into My World” is mesmerizing and was directed by Michel Gondry.   The song of course is rhythmic and beautiful, but what is done with that in video is just magical:

“Love at First Sight” was one that me and Jason Rubi definitely jammed to that summer of 2001 in the Azores.  Kylie is inextricably linked to the Azores for me in my memories, but I’m glad she’s continued to keep making fun, danceable music.

And she was the Green Fairy in Moulin Rouge!, so you know that means basically she’s grandfathered in, regardless.