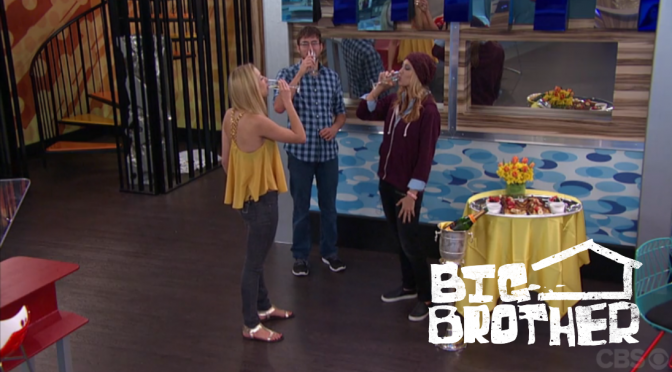 <–Previously, John’s Second Chance is Over

Another penultimate episode that doesn’t advance the story much but it does provide a nice recap of the season as a whole.  Over a nice brunch, the final three, Steve, Vanessa, and Liz, discuss the crazy road they’ve endured to get to this point. 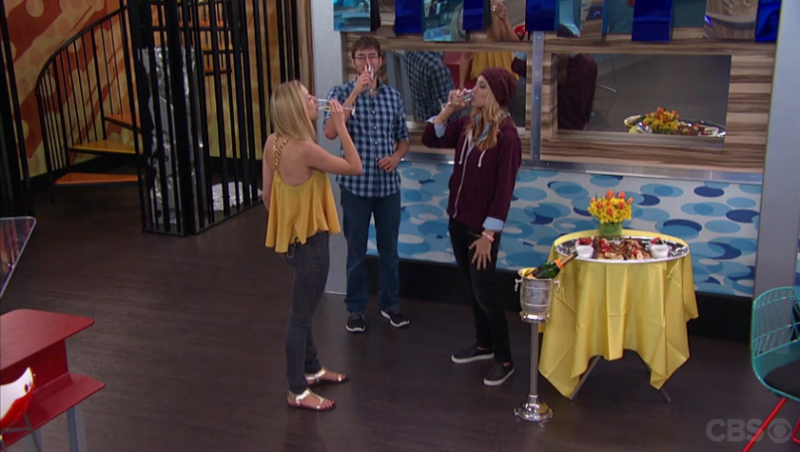 There was of course a recap of the Twin Twist with Liz & Julia, Vanessa’s various confrontations throughout the season (including with Austin, Shelli & Clay, and James), the LizTin and Clelli showmances, James & Meg’s platonicmance, Steve & John’s nerdmance (sometimes homoerotic?), fights (Clay v. James), Becky’s Trainwreck story, Clay’s mumbling, Audrey’s transgender status, Audrey’s subsequent insanity at the game, the Whackstreet Boys, new and expanded footage from the Diary Room and LOTS of emotions, but best of all, by FAR, was the supercut of all the ways James pranked/scared the other houseguests.   Almost always his target was Julia and it was glorious.  Below are Youtube highlights from the Live Feeds so you can hear the uncensored “What the FUCK?” Julia exclaims pretty much every time James scares the shit out of her.

They’re brilliant, and probably my favorite part of the entire season.  I love that Julia is typically a good sport about it. 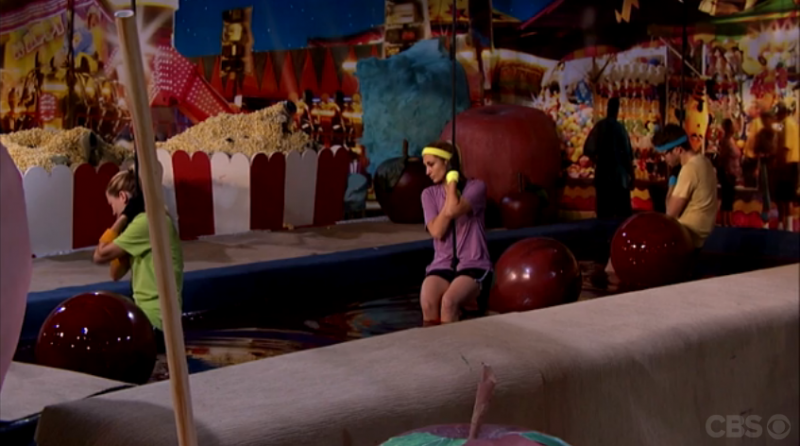 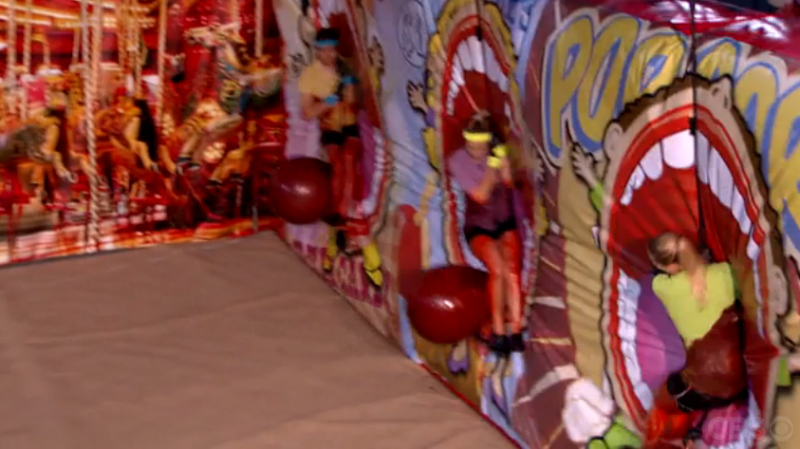 Basically, this first part of the final HoH Competition is all about whoever lasts the longest.  Each person has to sit on a candy apple, get dipped in caramel, then get swung against a wall.  Rinse and repeat.  This could last a lonnnnng time.  It would be worth it though as if you win this Round 1 challenge, you immediately get to move on to Round 3 while the other 2 have to compete in Round 2 to determine who will meet you in Round 3.  So winning this one is kind of the best thing.

Thoughts on the Final 2 Possibilities

Larry & I were talking about this over dinner (no, we don’t debate Eastern Philosophy or the rise of Marxism in the early 20th Century during din-din) and I thought it would be good to comment on and try to predict the winner based on the possible Final 2s:

Steve v. Liz:  I think this could be the hardest one to predict, as I think Vanessa’s personality and impact on the jury will hurt her.  But Steve and Liz are fairly evenly matched with regards to their games.  They won fairly equivalent amounts of competitions, took on some big game moves, and had a similar level of social game.  Socially, Liz was mostly with Austin & Julia, so you’d think maybe that’s a disadvantage, but Steve was no social butterfly either.  In the end, I think Liz may have a voting advantage here and could pull out the win.

Liz v. Vanessa:  Vanessa’s game, however emotionally she conducted herself, was pretty damn amazing.  She swung back and forth between the house alliances, made some huge decisions, and won when she had to.  If she hadn’t pissed people off like she did, I’d easily give this to Vanessa.  BUT, I think people are still pretty bitter against her.  Yet, the Jury House could have a calming effect on people’s emotions towards her.  Man, I was all set to say Liz wins this over Vanessa.  I really was.  But now I’m not sure.  Vanessa is GREAT with words and could sell the shit out of this.  You know what, I’m leaning towards Vanessa pulling out the win, but just barely.

Vanessa v. Steve:  Here, the same points about Vanessa stand, but Steve is a far more sympathetic player than Liz ever was.   Steve was the quiet floater and underdog for so long, then around the halfway point, he came on strong and won HoH a few times and took people out.  He’s got a record to brag about, no real alliance that helped him out, and made it to the end almost by himself.  I think his passion for the game will also help him win the jury over, despite Vanessa having a more impressive record and lasting power.   This twosome I call for Steve.

So wow, it seems I think each person has a chance at winning, but it’s only if they have the right Final 2 configuration.  Can’t wait to see tonight what actually happens!

Next, A Well-Deserved Victory –>