Spent this morning officially listing my house on the market. Time to sell sell sell.

Also went to work for about an hour. It was cool. Then we had a going-away luncheon for TSgt Iannotti – he is a pretty cool guy and it will suck to see him leave. Afterwards I went to Best Buy and Men’s Wearhouse – I got my suit pressed for free there (it’s a nice perk) in preparation for my Chicago trip and also ended up getting another white dress shirt, another ‘power’ tie, and a cool ivory lightweight sweater. As I was asking about recommendations for taking a suit on a flight, the clerk showed me this awesome travel bag that is basically a rolled-up suitcase that protects your suit from getting creases, holds your ties securely, and has room for two pairs of dress shoes. SWEET. So I totally bought it.

Anyways, yesterday I wanted to update on the fact that I had gotten in touch with a few people from my past that I hadn’t talked or written to in a while. First I heard back from my old boss at Nellis – I had asked him to be a reference as I need to compile those before heading out for my interviews. Then I had been talking to Robbie the other day and he mentioned that a guy I used to work with at Kelly was in the Reserves now and was down in San Antonio: Keith Piwowarski. I hadn’t heard from him in forever and so I sent him an email a few days back to see how he was. From what Robbie said and how his email sounded, it sounds like he’s doing good and hasn’t changed too much. It would be interesting to talk to him again. And finally, I got back in touch with Dave Fox again after nearly 2/3ds of a year. I’m so glad to have talked to him again – he really was an awesome friend to have out in Vegas, and it looks like I may get a chance to hang out with him on the Sunday night I’m out there in Vegas and play some craps. Let’s just say I’ll follow his lead on craps – the man has done well. 🙂 He also helped me out with some contacts on possible jobs out in Las Vegas. As I have been alluding to recently, I would really like to live back there again. With my clearance, it probably won’t be hard. But I’m jumping way ahead of the gun (mixed metaphor?). I really need to see how these next two weekends go. I’m not against seeing the opportunities available in the Chicago area nor back in LA. But I also know I want Plans B – Z at the ready just in case.

Here’s a picture of newly reorganized living room. I ended up moving it around because of my realtor’s suggestion to open up the room more, and damn, I should have had her come over earlier. I freakin’ love that room now as it’s so much more of an open space to go into and relax. I also cleaned the carpets in the high traffic area near the porch door, so that room is immaculate. I really hope this house sells sooner than later!

Oh, and before we get to that pic, I have put up DAY SIX OF THE EUROPEAN PHOTO PICS. This page has a lot of Crepeau shots at the Louvre and the Eiffel Tower, plus our Paris Lunchtime cafe fun. Good times! 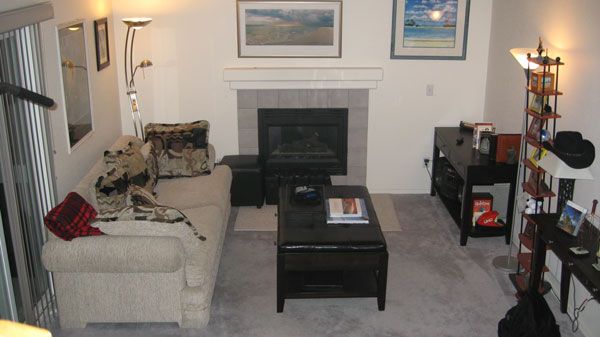 Okay, so you can barely see it in this picture. But I found out I didn’t take any pictures of it in its ‘before’ state. Go figure. 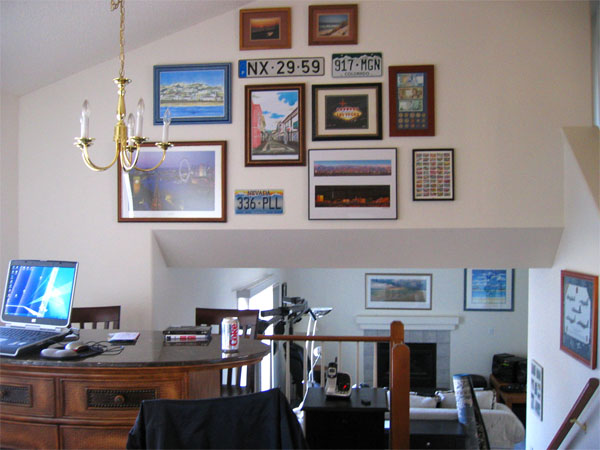