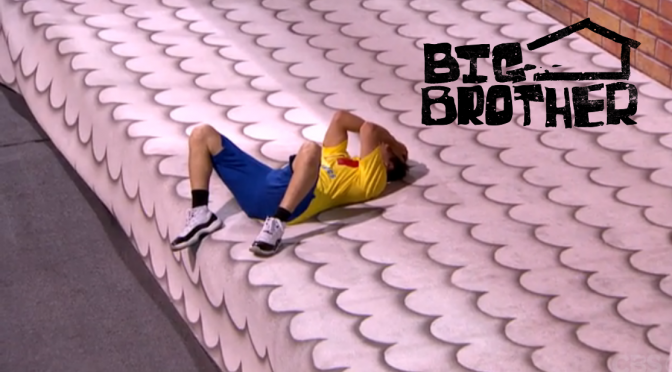 A few people during this episode made some pretty crappy moves which are likely going to seal their fate:

I think it’s important we focus on the good first before diving into the shitstorm that is Christine and Zach.  Let’s look at what CBS gloriously bestowed upon us….

First, the de-frocking of Caleb: 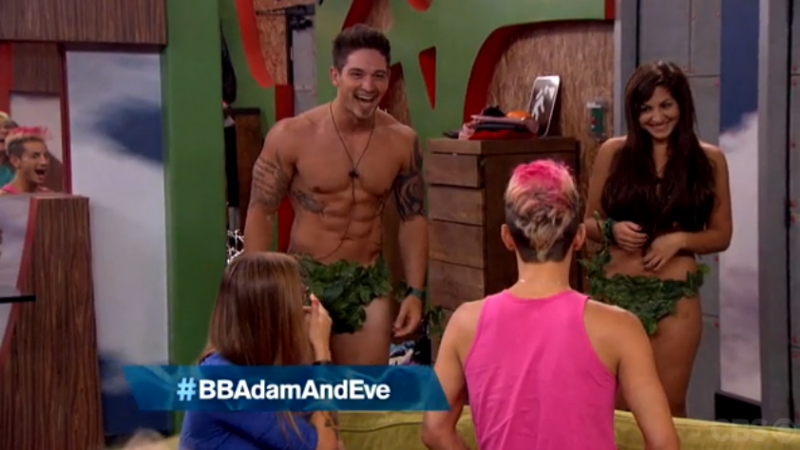 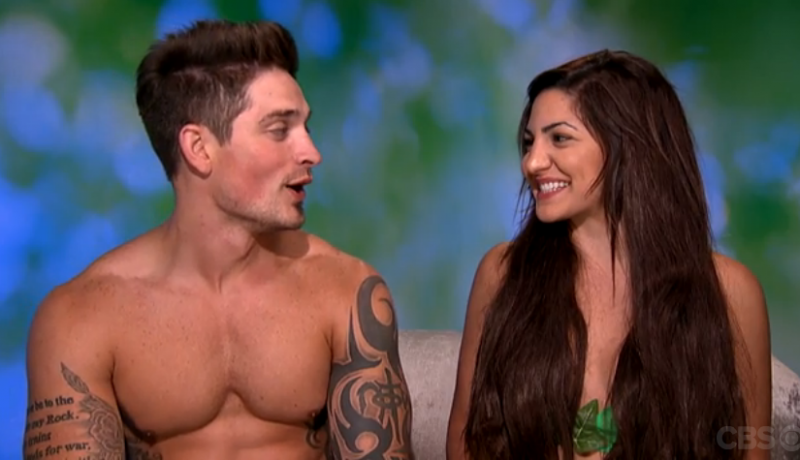 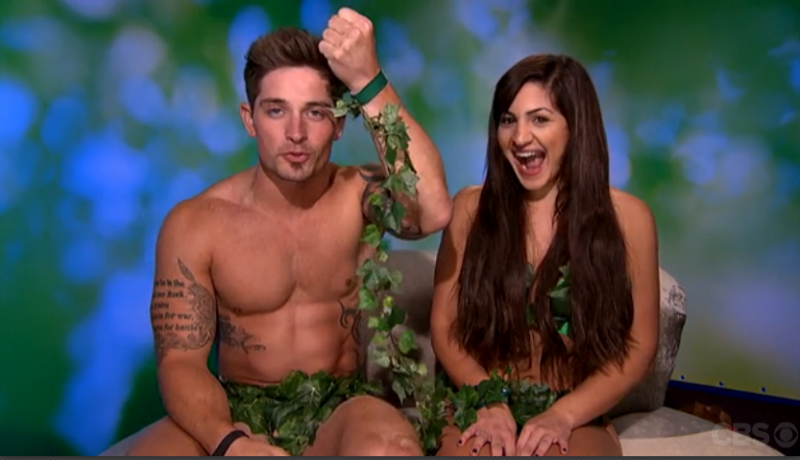 Very good choice of contestants to have this happen to.  Specifically, Caleb.  Donny is nice and all, but I could not deal with Donny dressed like this.  Could not deal.

Then next, let’s give this hot mofo a buzzcut.  Because yes.  That is all. 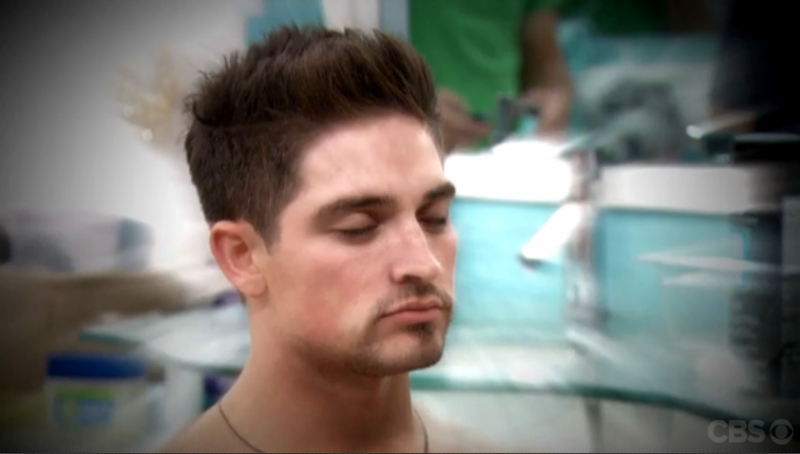 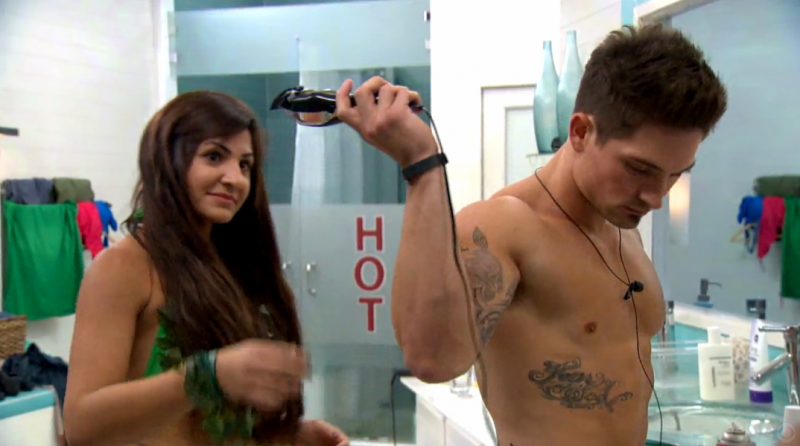 Victoria does not deserve this kind of prize. 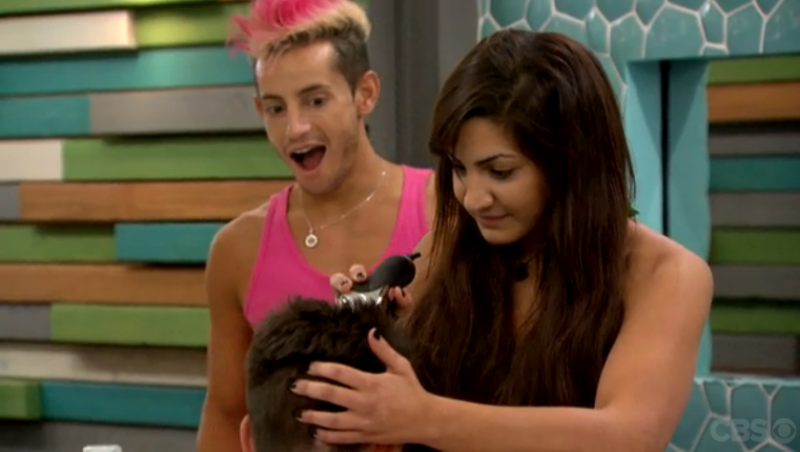 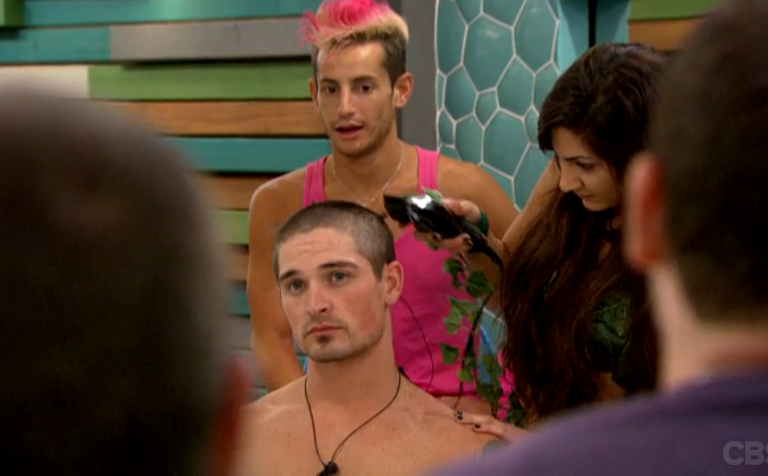 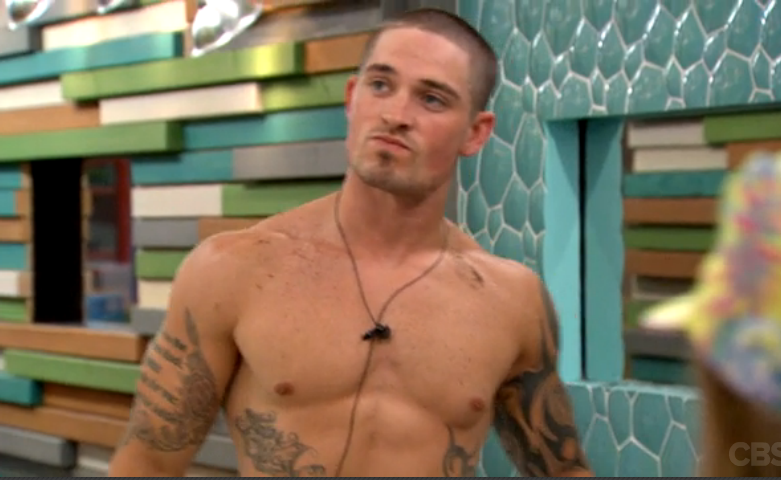 Frankie fully gets how special this moment is.

So Caleb, please shut the fuck up about how bad you have it.  You’ve won the genetic lottery, you’re off the block, and you’re making me agree with Zach of all people, who is also tired of your whining.

Other stuff happened too, didn’t it?

Christine Continues Down Her Path to Defeat 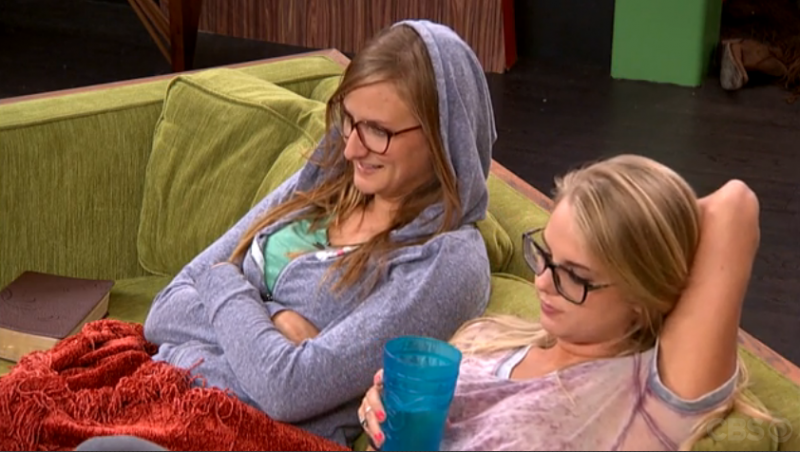 I honestly did have high hopes for Christine, at least earlier in the game. Those were simpler times though, when I thought she’d feel stronger towards Nicole than to those other alliances.  Who knew she’d never confide in Nicole about the Bomb Squad or the Detonators?  Nicole apparently was a Plan B if you will.  It would have made sense, to me, to definitely be part of those super-alliances, but also tell Nicole the plan so she knows what is going on.  Then you and Weirdos Unite surprise them all.  But alas, I’ve had to strip Weirdos Unite out of my Status Diagram!!!!  End of an era, I tell ya.

So what did Christine do this time in her continued incompetence?  Well, she felt it was a great idea to lie about Hayden and Zach to Nicole, hoping to drive a wedge there and get Nicole back closer to her.  Alas, she didn’t think Nicole would check into this story of Hayden making out with Victoria and Hayden wanting Zach to stay.  Stupid, stupid, stupid. 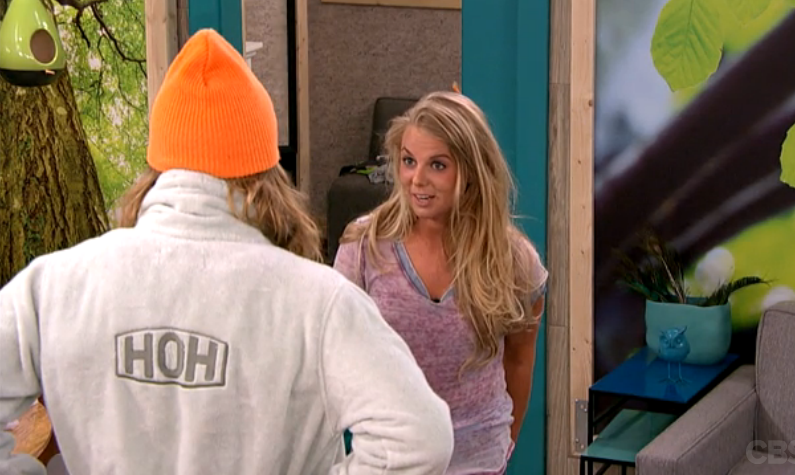 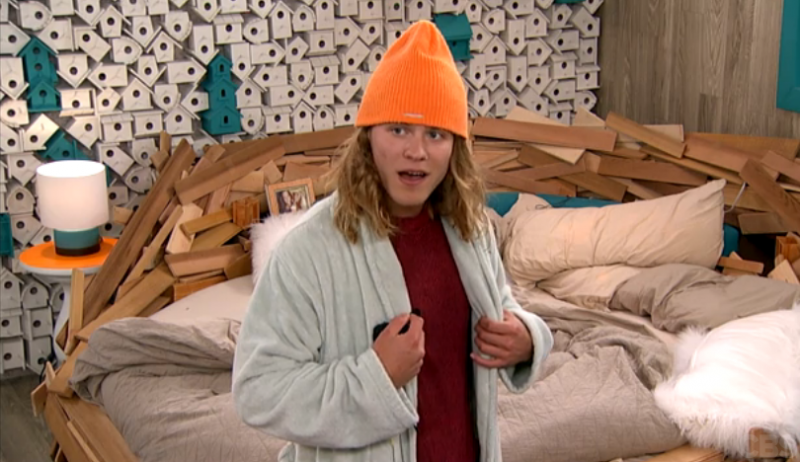 Of course Nicole talks with Hayden, as it just didn’t sound like a plausible story.  And of course, Hayden denies everything as none of it happened (but wouldn’t it be mind-blowing if Hayden really was doing all that stuff and was playing Nicole?).  So now Nicole not only distrusts Christine, she’s also willing to nominate her instead of Frankie.  You done messed up, Christine. 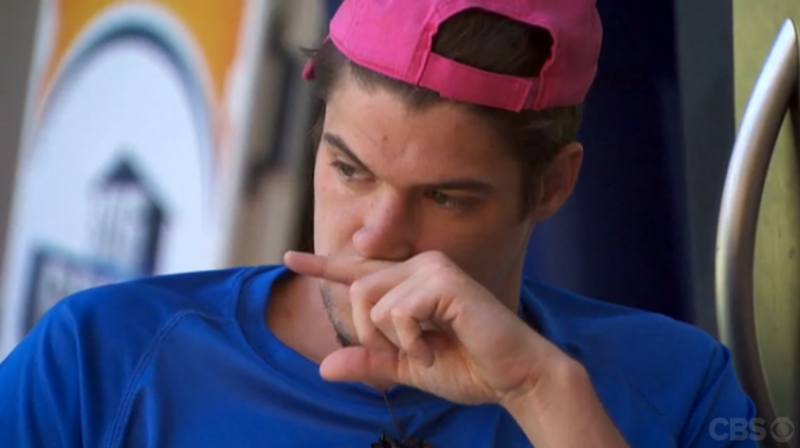 One thing Christine IS getting right is targeting this numbskull.   He basically ran it down for us on how much he whiffed it this week. First he tells Nicole to put him up.  She happily does.  Then he admits that he choked at the Battle of the Block, losing to Victoria.  Finally, he horribly blows it at the Power of Veto competition – beating out only Victoria and that’s because she fucking timed out of the competition.  Zach, I don’t know if you’re going home tonight, but MAN I HOPE YOU DO.  It would be great to see the look on your face when you realize no one had your back and you’re going out before Victoria.  Guess we’ll see!  (I’m on the West Coast, so tonight’s Double Eviction episode hasn’t started yet…no spoilers, please!)

Let’s dive into that Power of Veto competition!

This was a great competition.  We already knew it was going to have a comics element due to yesterday’s reveal.   Today we got to see just how it was put to use.  Each houseguest ran the course individually and in private, having to ride a zipline past a window where all the comics were set up in a particular order.  At the end of the zipline, the houseguest then had to recreate the order, also avoiding the trap of picking covers that were slightly wrong.  Everything went fairly standard for the other competitiors, including Victoria’s abysmal performance, until we got to Zach.  Let’s recap:

So yeah, Zach had a horrible Veto competition performance, losing to everyone but Victoria.  Christine was the ultimate Veto winner this time, just narrowly beating out Nicole, who had designs on backdooring Frankie.  She still held out hope though that Christine would use the Power of Veto on somebody…. 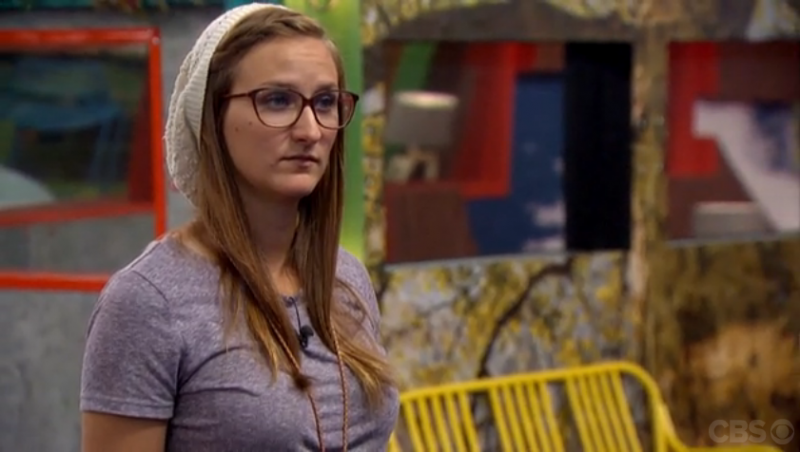 With Christine holding the Power of Veto, nobody was sure what she’d actually do.  Nicole hoped she would use it so Frankie could be backdoored.  Zach was fairly positive she’d use it on him because of the Detonator alliance.  Jacosta didn’t care as if Christine didn’t use it, she’s sitting next to Zach, which bodes well for her chances of staying. 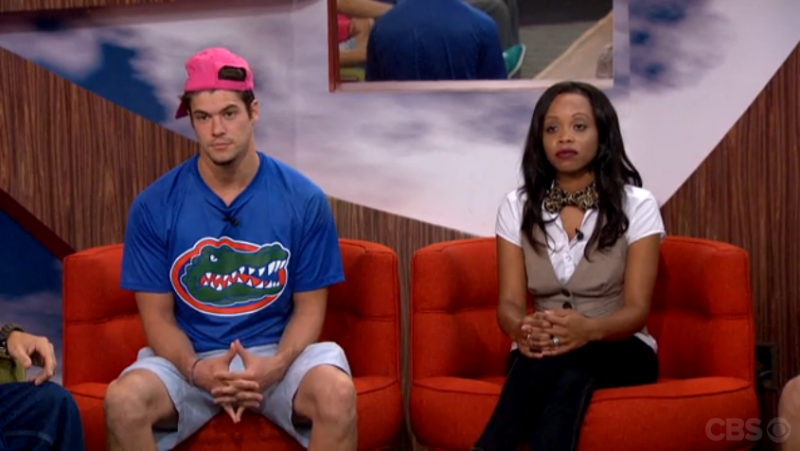 In the end though, Christine chose not to use the Power of Veto on anyone.  Probably not too surprising of a decision, although Christine tells us that it was because she was afraid of another Detonator going up.  Christine, your loyalties and the way you act on them are confusing.  Get it together. 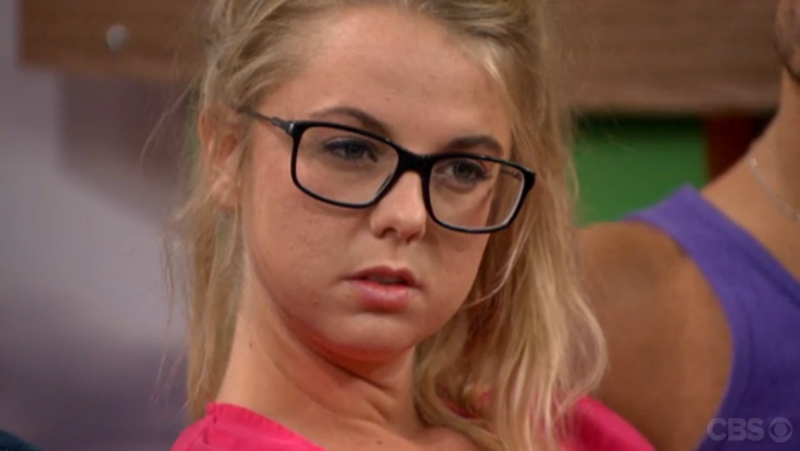 Nicole was momentarily disappointed, but she then realized it’s not so bad getting rid of Zach.  Christine is certainly working to make that outcome happen, and others in the house may end up taking this opportunity to do so.  We’ll see! 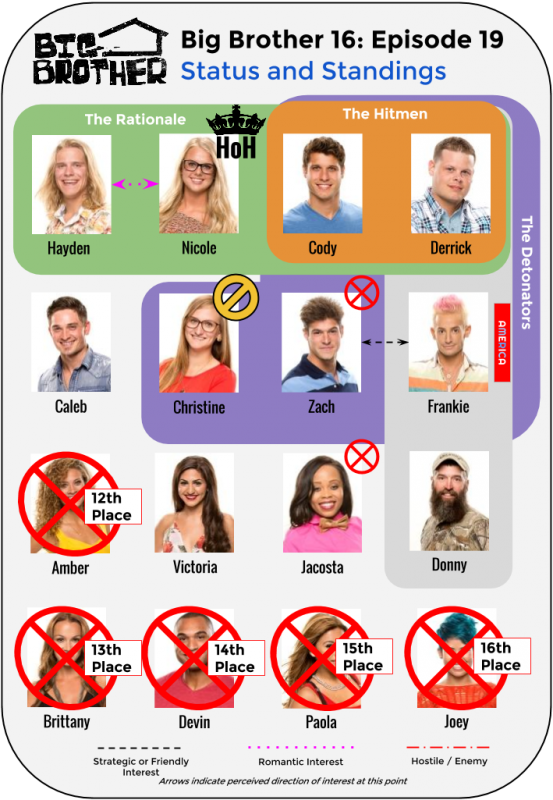 With tonight being a Double Elimination, things are gonna move fast.  I’m excited to see if Zach either pulls out a save or gets eliminated.  Also stoked to see what happens in the craziness of tonight’s episode and who will be the sudden target.  Nicole could end up a target if any of her targets this week get HoH.

The Contest With A Clear Winner: 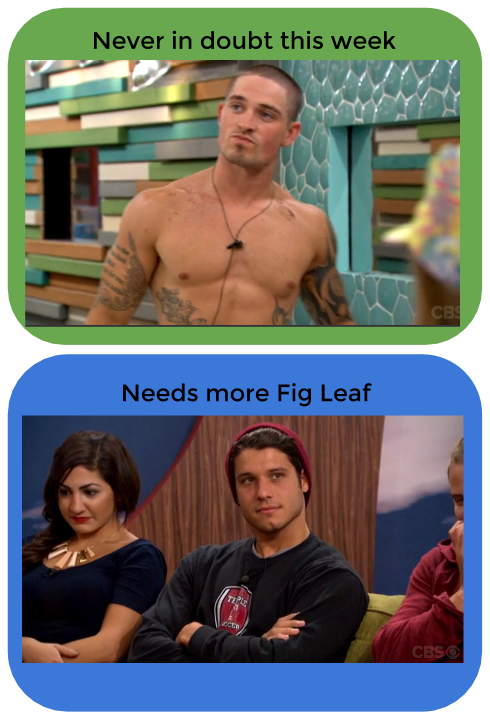