I found a post on my website that correlated to when Larry first got “sick”, and we stayed at home that weekend to watch movies:

A Weekend of Movies

His stomach had been bothering him and I can track when this date actually was as that was the first time we had done a telemedicine visit.  So it’s easy to find on my HSA spending.  It just sucks thinking back then to when it seemed maybe it was gonna be something like a ulcer or maybe IBS or just anything that might be treatable or chronic but not fatal.   Slightly over a year and a half later, Larry was dead.  And I still can vividly remember that telemedicine visit, and the scary part when the woman we were talking to said that Larry definitely needed to go see his doctor as it could be something more serious.  She obviously was right.

I have nothing but time to reminisce, it seems.  I try to veer towards good memories, but it’s hard.  I do think about the end of 2019 and whenever I see pictures from them it’s a gut punch.  Now it’s almost close to a year having passed and I can’t accept that.  The world is a massive shitshow with the idiots taking over the asylum so we’re all stuck at home, and instead of grieving and rebuilding my life somehow, it’s not.

Fran and Joel went to Larry’s grave last week and facetime’d with me so I could see it for the first time since his burial, and it’s devastating.  The grass still hasn’t grown over it and we have the headstone still on the way.  But this year I was going to be back east to be there for the headstone reveal and of course I can’t.   It’s all so fucked.  Glad our incompetent, racist president can’t manage to do anything but blame others and do nothing during this pandemic.  So glad.

Anyway, here is where Larry was buried. 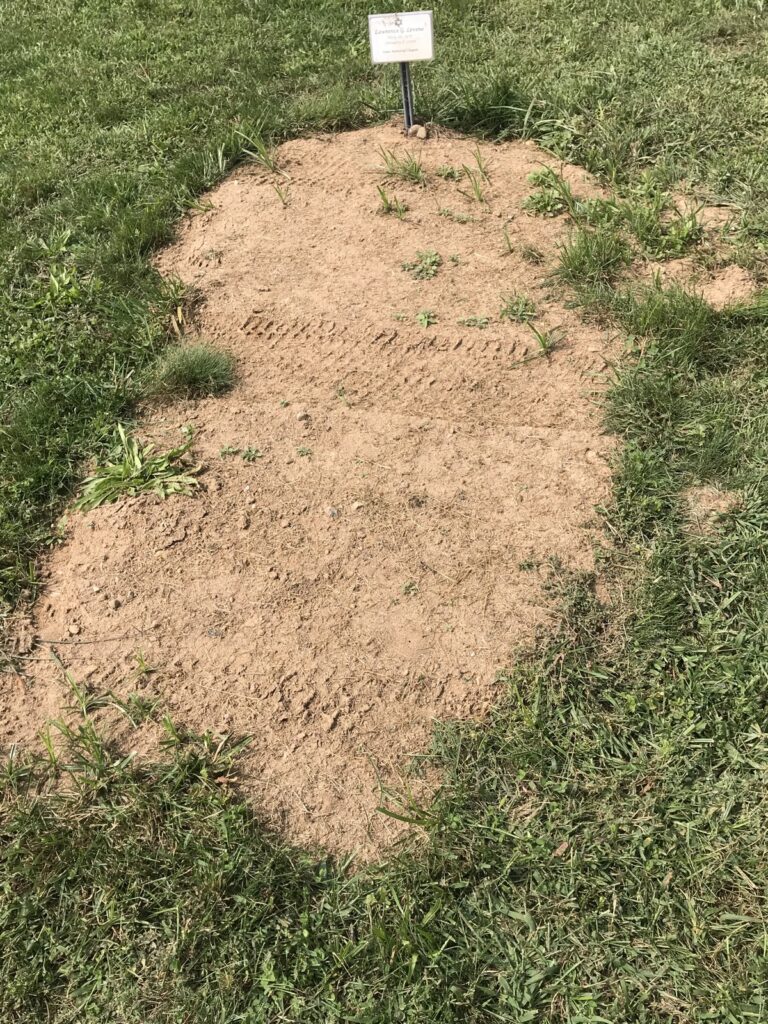 I love and miss him so much.  I can’t be there to visit but I have to do my best to remember that’s just where he’s buried.  “Larry” is not there – he’s free.  I can’t imagine having to fight cancer in this nightmare we’re living in with the things going on, so I have that as a small mercy.  I just wish I wasn’t alone as having him here to lean on (and to be there for him to lean on me) would be worth everything and make this year slightly bearable.

But yeah, just very hard to remember that initial moment in May of 2018 when we thought he was just “sick”.  Never would have imagined that over two years later this is where I’d be.  It’s literally impossible to have imagined this is what’s happening.