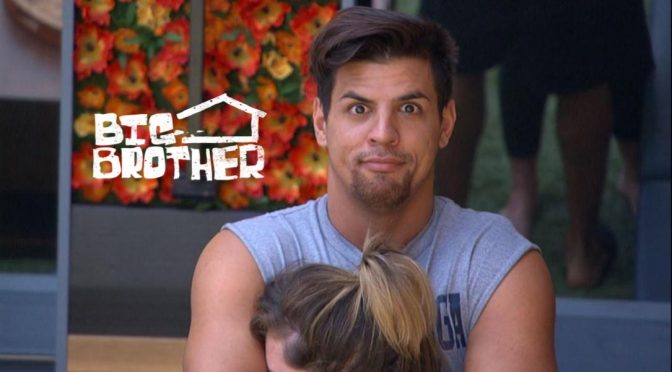 Honestly, I called it the moment Fessy won HoH.  Once he won, I joked that he’s going to evict Scottie.   Larry can vouch for me saying this.  I was JOKING though.  But alas, Fessy showed that you really can be not cut out for this game.  As Tyler mocked in the Diary Room, “Welcome to Big Brother, Fessy.  Glad you finally wanted to start playing the game!”

So yeah, Fessy won HoH handily and Level 6 was rightfully preparing to lose yet another member.   But yeah, Level 6 + JC were on it and weren’t going down without a fight.  JC wisely reasoned that because Fessy is a moron, he can influence him to turn on one of his own!  And yep, he got exactly that.   JC warned Fessy that Scottie had a crush on Haleigh and was playing an emotional game, knowing full well that Fessy has that ‘my girl’ mindset in full effect and could be so easily manipulated to react out of jealousy.  Fessy apparently feels that Swaggy’s eviction vote was still enough of a reason to distrust Scottie, although maybe focusing on the here and now might have been a better strategy?  But that’s just me.

Fessy nominated Scottie & Brett, then he believed Brett was the lone vote for Rockstar, and why am I even here still?  Mad props to Level 6 for still having the wool pulled over everyone else’s eyes, as it really is their game to lose at this point!

The Underdog narrative is always an appealing one to root for and enjoy, but in this case, the underdogs are morons.  They deserve to be evicted.  I feel kinda bad for Haleigh for being tied to this ship, but them’s the breaks.  Poor Scottie has no idea what was going on and even in the FB aftershow, isn’t quite sure what caused Fessy to do this.  He reasoned that Fessy is either a complete moron or a strategic genius…and I guess they’ll all learn the truth in a few weeks.  SO AGGRAVATING.

The Veto was another thing where Scottie almost saved himself, but Brett got the lucky win having hid his Veto token the best in the destroyed BB house, and then Sam tried to convince Fessy to nominate Haleigh instead as that would be the least controversial move for him to make and sure, why not? 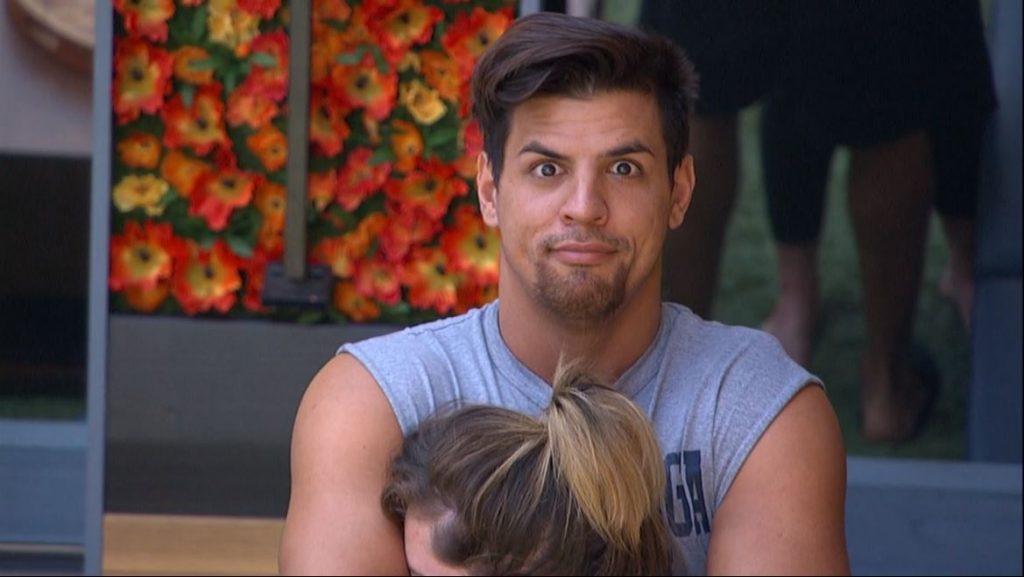 He apparently can tell when people are crazy?

The Zingbot dropped in and that was epic – Zingbot called Fessy a moron to his face and I don’t think Fessy has any idea why. 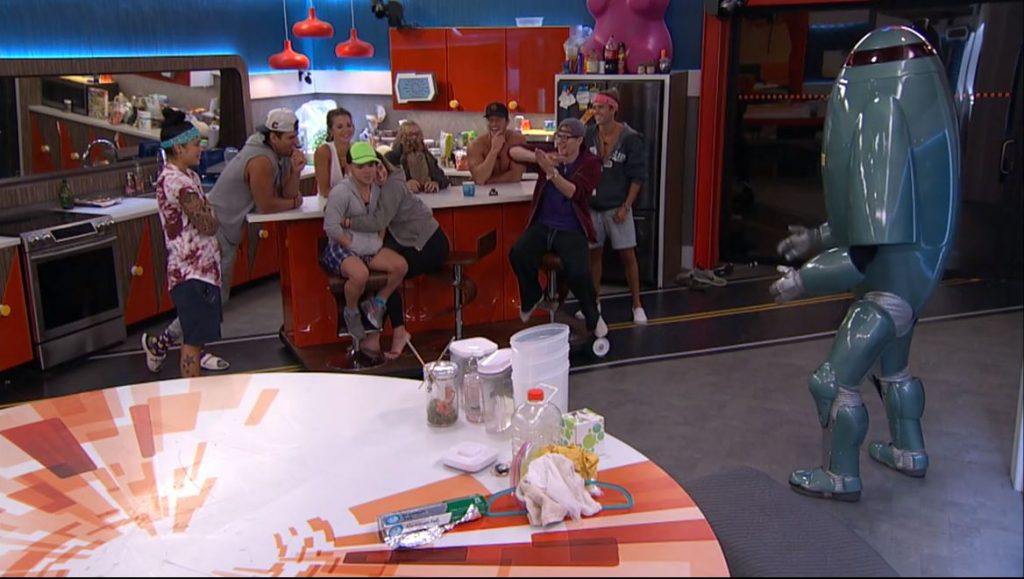 Zingbot also called Sam crazy to her face and everyone ran and hid.  I tell ya, the BB house does a number on people.

Then there was more “strategy talk” from Fessy about only keeping in those who’ve been “playing the game” and it’s like girl, please.   Thanks for considering playing the game, 60 days into it!  Although I think it’s possible Fessy might have blundered into something that might possibly have a chance of extending his game, as he proposed to Tyler & Angela that they team up with he and Haleigh.  You know, those who’ve been playing the game this entire time.   OOF.   Fessy, one of these is not like the other and it is YOU.

BUT, Level 6 will have to turn on each other sooner or later?  I mean, I guess they could stick it out till the Final 4, but that would be pretty damn surprising.  I see Tyler and Angela having a much more pragmatic approach to things and cutting Brett and Kaycee loose isn’t a bad move.  They do recognize that if Haleigh manages to win HoH, it’s in their interest to keep up the appearances of working with them to avoid being targeted and let JC, Kaycee, or Brett go.

Eh, we’ll see.  This week was a trying experience in terms of watching this show.  Fessy’s absolutely stunningly bad gameplay was almost a deal breaker.  I was thisclose to not watching the Wednesday episode but glad I did as Zingbot was awesome.  Anyway, we don’t know who won HoH yet so lots depends on the winner as to how this week will go.  I’m firmly team Tyler though – like Derrick in his season, he’s ruled this game from Day 1 and has earned the win.  He just has to get there! 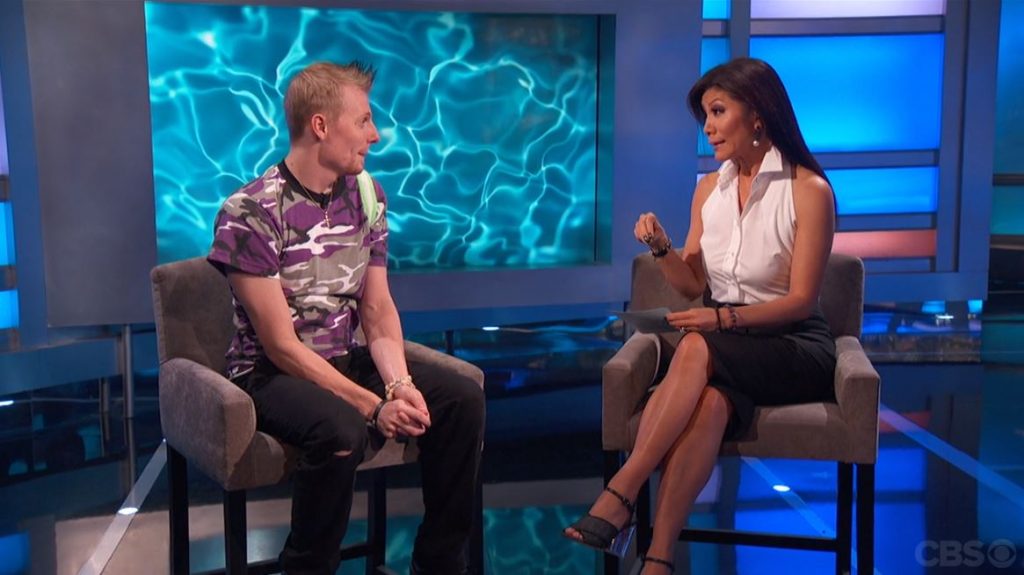 Poor Scottie.  He really had no chance once he lost the Veto.  He went and lost his mind a little, admitted having a crush on Haleigh to the wrooooong person (Fessy), and was the victim of a doofus having the power.  He’ll probably punch the television when he sees the reality of what happened.  He’s our first unanimous vote too! 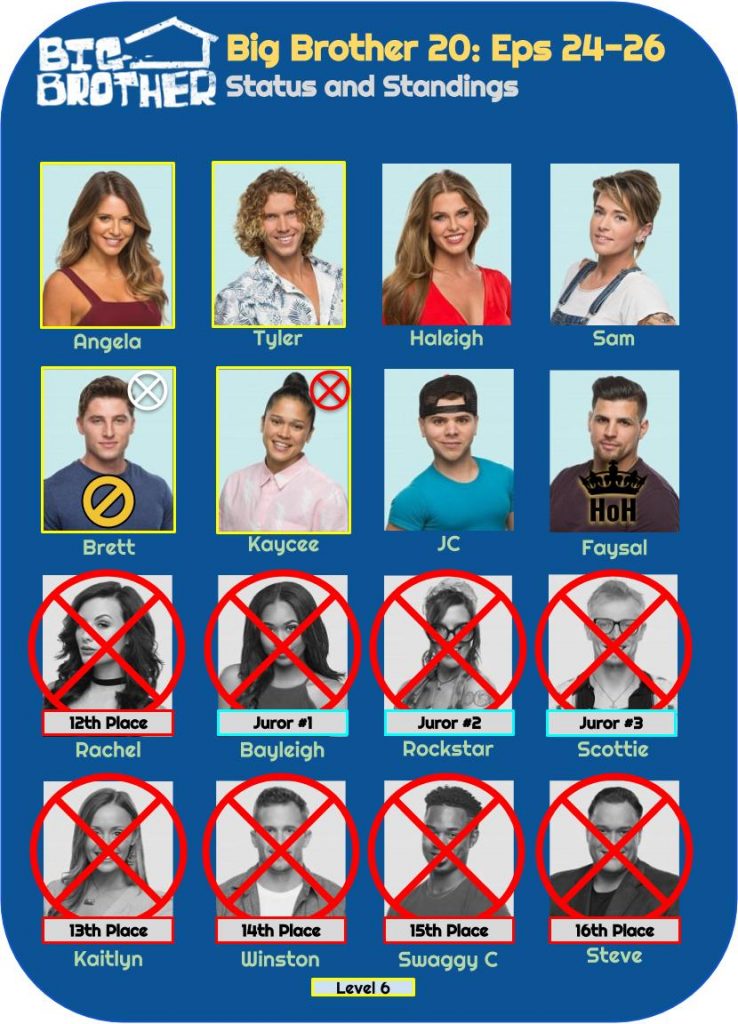