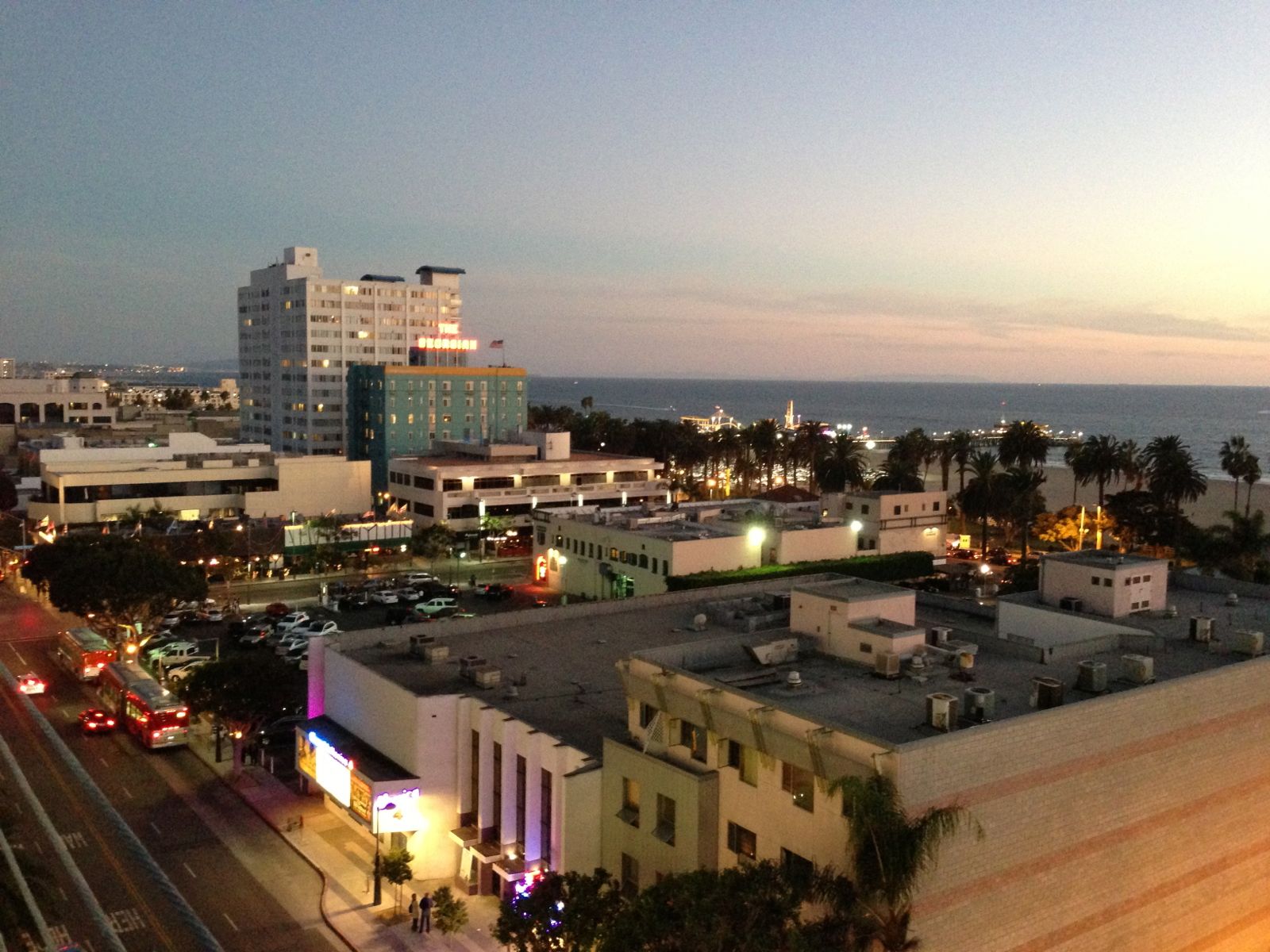 Pictures Pictures Pictures!!!!! Â That is such an easier way to talk about what’s happened in theÂ past month (!) than trying to write it all out. Â But you know, I think I’ll try anyway. Â Rather, I’ll hit some of the highlights, as since the last time I dwelled on something here, notÂ that much has happened.

So first – our couch is gone! Â I posted an ad for it on Craigslist a few Monday nights ago and immediately there were responses. Â On Tuesday, I ended up selling the couch to a current UCLA student and her roommates. Â They picked it up that night and Larry & I were couchless! Â A trip to Crate & Barrel was in order, so we went the next night to the location at The Grove, ordered our new couch (and new bed) and found out that damn, you can go through some cash at Crate & Barrel very quickly. Â Unfortunately, we had to wait (!) until the Thursday of the following week (which is actually this past Thursday now) for delivery. Â We found out that it’s very difficult to relax in IKEA dining room chairs while trying to watch TV. Â But we suffered through our firstworldproblems like champs and eventually got our stuff.

In addition to the couch, Larry had his eye on ridding us of the bed I’ve had for the last 10 years or so. Â I had to say, it hasn’t held up that well in the course of all the moves I’ve made since I got the set in Las Vegas. Â Even then it was basically an outlet sale, so this wasn’t brand new when I got it either. Â I loved having something grown up though and it served me well in all the time since. Â Yet it was clear that this last move was definitely that…it’s last. Â Larry had his eye on a Crate & Barrel bed set that he had seen while back east, and when he came back and we saw it in person together locally, I was in. Â So yeah, we got a new bed. Â All in all, a very nice investment in our conversion to having an amazing Mid-Century style place. Â Check it out for yourself in these assorted galleries:

The New Couch and the New Bed

Catching Up With Madge at Her MDNA Concert

Oh, Madge? Â She may be better known to everyone else as Madonna. Â Okay, I don’t know her personally. Â But I have now seen her three times in person. Â Once at the Sticky & Sweet Tour in 2008 (spoiler alert: Â that 2008 concert was better than the 2012 effort), again at the SNL rehearsal Larry & I went to when Ryan Reynolds (so hot) was hosting and Lady Gaga was the musical guest and Madonna made a surprise cameo in a Deep House Dish skit (so freaking surprising), and finally again last week at the Staples Center when the MDNA concert swept through Los Angeles. Â  I made Larry buy tickets for this concert back in February, when I went back east for Jeff’s wedding. Â One of the first things we did was buy tickets since there was a pre-sale via his Citibank credit card connection. Â Expensive? Â Uh, yeah. Â But still, always worth it. Â Flash forward 8 months, and now the concert finally came. Â Yay! Â  The Staples Center is right off of the Expo Line, so I thought we should use that as a means to get downtown. Â Easy enough. Â We OpenTable’d a reservation at Soleto, a swanky Italian place a few blocks away and apparently a popular place with the after work crowd. Â Also, just fantastic food. Â Neither of us go to too many concerts though, so we think it’s the smart thing to do and get there at least by the time the concert is supposed to start, at least according to the ticket. Â Yeah….well, that is really not what all the cool kids do. Â You see, even if the show ticket says it starts at 8:00, well, that’s not when anything starts.
First, the opening act, Martin Solveig (a great DJ who I just happened to have bought his CD since he had a great song used in the end credits ofÂ Pitch Perfect (go see it)) didn’t even come on until 9:00pm. Â It was a fantastic set of DJ music though, and much better than the opening act we saw for Sticky & Sweet back in 2008. Â I don’t even know WHAT that was in 2008. Â A lot of fun with Martin Solveig, and what was really cool was that Madonna’s adopted son David was out there with Martin at the DJ deck. Â And can I say? Â The Funkytown music (yes, the disco song) is still freakin’ amazing and Martin played it in the arena and it was awesome. Â That is all. Â Okay, no it isn’t. Â Alright, Martin Solveig started at 9, and ended his set at 9:45. Â We then overheard that Madonna wasn’t starting until 10:30. Â TEN THIRTY!!!! Â Hello, some of us have jobs the next day! Â And aren’t 23 anymore! Â Le sigh….but we paid some REALLY good money for these, and it wasn’t like we were going anywhere. Â I came to see some Material Girl goodness and dammit I was gonna see it!
So we waited until 10:30 (mind you, that’s 2.5 hours after the tickets stated the concert would start – I think in 2008 the concert was only 1.5 hours after the ticket start) and like that, the concert started! Â yay! Â Much like my writeup from 2008, here’s my thoughts about the whole thing:

We had conveniently located seats and were able to get out of the Staples Center quite easily and probably made the last train by about 2 minutes. Â Talk about stressful. Â Overall though, I definitely enjoyed the hell out of the show. Â I only have two shows to use as evidence, but Sticky & Sweet 2008 beats MDNA 2012 by a LONG SHOT. Â In my estimation, at least. Â The Sticky & Sweet tour had such a great optimism about it and it was a lot of fun. Â There’s some anger in MDNA’s tour…palpable anger. Â But what can you do? Â I’ll be interested to see if Madonna ends up doing another arena-style tour or tones it down the next time. Â If it’s another 5 years from now, she’ll be close to 60. Â Holy hell, that’s crazy.

Here are my pics from the concert – I admit, they’re not that great. Â But still, we had fantastic seats.

I’m kind of done with typing, so here’s my random pics from other things that have been happening.

Atop a Santa Monica Parking Lot one October evening:

My New Office Area at Universal: