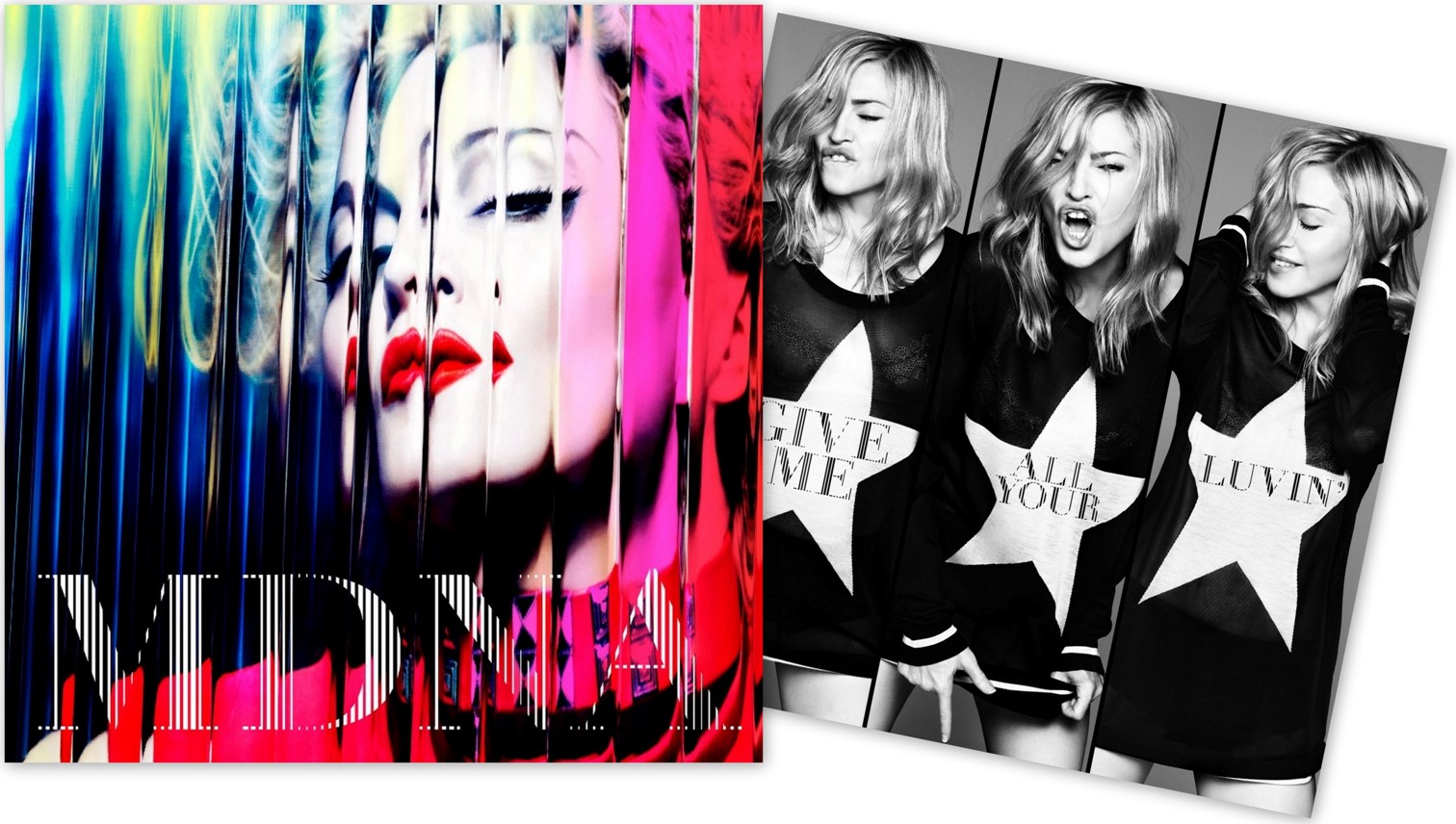 How Do You Solve a Problem like Madonna? Reductive Reasoning | Gay Blogs | GuySpy.

This is a great article/perspective piece on why Madonna is still the one and only Madonna. Â I read it and can’t say I disagree with the sentiments mentioned, which is that at the end of it all, she basically doesn’t give a fuck what anyone else thinks. Â  There are some somewhat harsh words for Lady Gaga at the end, and again, while I do love her as well, the Born This Way album and all the hype for the album that she was fostering really kind of ended up in a sigh of “good, but eh?”

Oh Madonna, the memories I have of listening to your music! Â As a very young boy, my first tape I ever owned was Madonna’s “Like a Virgin” because I basically fell in love with the song, Material Girl. Â Am I using the right AMA guidelines for album and song notations? Â Anyway! Â Loved the album then and still do – but there was a long period of time after that where I, as a Lego- and Transformers-obsessed kid, where I didn’t continue riding the Madonna train. Â Ew, that sounds gross. Â I instead fell in love with “oldies” music from the 50s, 60s, and 70s. Â I was mortified at that young, highly-sensitive-to-peer-pressure age, to tell anyone except my parents that I enjoyed that style of music over anything else in the late 80s. Â Don’t get me wrong (ah, a great Pretenders track!), I was still aware of some of the great pop stuff that arose in the late 80s, but by then, it was becoming much more rock-based and I had no use for that. Â I still really don’t. Â So I would lie to cousins and friends (although at that time, I really didn’t have many) and say I liked Poison and Def Leppard (how sad I was to stoop so low).

So it was then 1990 or 1991, the year that Madonna’s Immaculate Collection of her greatest hits up to that point was released. Â I think I was with my Dad in Puerto Rico and he got me that tape. Â Oh dear. Â Talk about feeling like the first time. Â I was overwhelmed with Â my love for her music. Â Was I actually enjoying modern pop music again? Â Â I excitedly came back to my Sophomore year of high school at good ol’ MHS and raved about how much I loved Madonna’s latest album. Â I could not have been more unaware of what that was screaming to people. Â Seriously, I was one of the most naive and clueless people you’ve ever met. Â I was that way for the longest time too. Â I think I know, still, the exact moment when I realized how much of Â a chump I was concerning other people. Â But that’s a story for another day, but that moment wasn’t until after my first year of college. Â Yeah, seriously.

From that Immaculate CollectionÂ moment on, I’ve firmly and always been in the Madonna camp. Â Although EroticaÂ threw me for a loop as I definitely couldn’t process the raw sexual energy that album was pummeling my ears with, I went with it. Â I loved the dance-able tracks like “Deeper and Deeper” (innuendo was lost on me….well, maybe even I knew what she was insinuating there). Â With time, I’ve grown to appreciate Erotica‘s charms and find it one of her more interesting records. Â While I was in college, Madonna released Bedtime Stories, an album which I recently listened to again in a concerted effort to try to appreciate it more. Â I can’t say I hate any Madonna album, and I don’t hate BS (an apt abbreviation though), but it’s just so bland and generic. “Secret” is a catchy song, but between that and “Human Nature” (an admittedly awesome song), there is so much trite lite hip-hop pop it’s almost unbearable. Â Until you get to the end with “Bedtime Story” – one of my favorite tracks from her still and one of my introductions to electronic-style music. Â It’s definitely not what you’d call trance in this day and age, but it looks at the musical style boundaries and winks. Â And that video!? Â Hooooo-boy! Â That shit was crazy. Â It still is. Â How could this be a video from the same artist who was Marilyn Monroe in the video for “Material Girl”? Â It definitely hinted at another massive change – which we got with Ray of LightÂ a year or so later.

I realized I could keep going on and on about my damn obsession with Madonna – and I will. Â There is a lot more to write in that vein, as she’s definitely been one of those things in my life that have, to be cliche, helped shape who I am as well as provide a crucial soundtrack to what has been my interesting life thus far.

The point of this point was just to link to an interesting and well-written defense of Madonna. Â Look at what happened! Â Can’t wait to see her at the Super Bowl as well as hear what the new album, MDNA, sounds like!

These Are the Best Cities For the Next Grand Theft Auto. 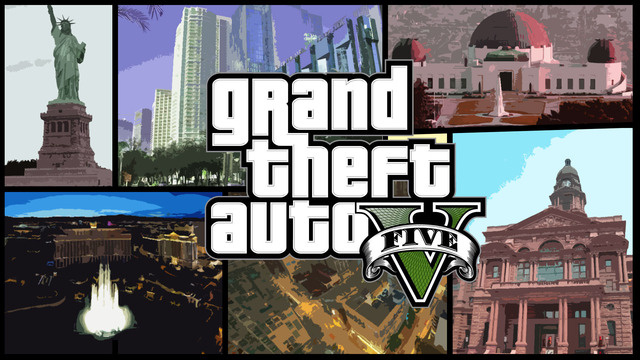 So Rockstar has indicated that there will be a Grand Theft Auto V – on November 2nd, a game trailer will be released revealing more, hopefully. Â With the way the V/Five looks, my guess immediately went to the game being set in Washington, D.C., but other signs with it being the text you see on currency leading some to think it’s Wall Street-esque, so maybe it’s back in Liberty City. Â  Most rumors, before this logo was ever released, predicted it would be in Los Santos (Los Angeles) again….which if so, yay! Â  Kotaku thinks that in line with previous release schedules, this game wouldn’t come out for another year after the first trailer, so that’s good, as there are just too many games to play at the moment. Â Batman: Arkham City is INSANE and then Uncharted 3, Assassin’s Creed:Revelations, and Elder Scrolls V: Skyrim are all coming in November. Â Oy vay. 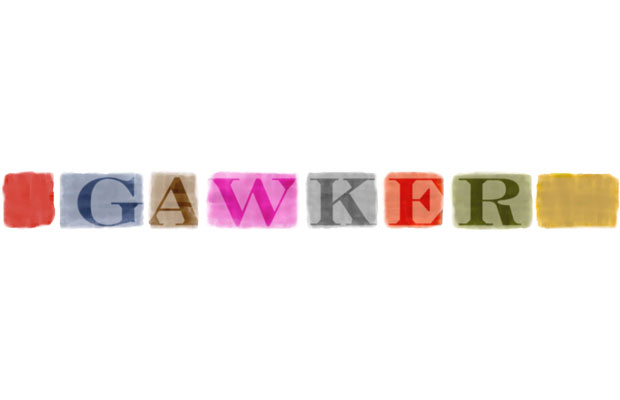 So you see the title right there – that alone is funny.   But Gawker’s Richard Lawson is such a brilliantly funny writer, that the title really is just the beginning.  I could only wish to be able to write in his poetic, illustrative, and utterly hilarious way.  A must read….. 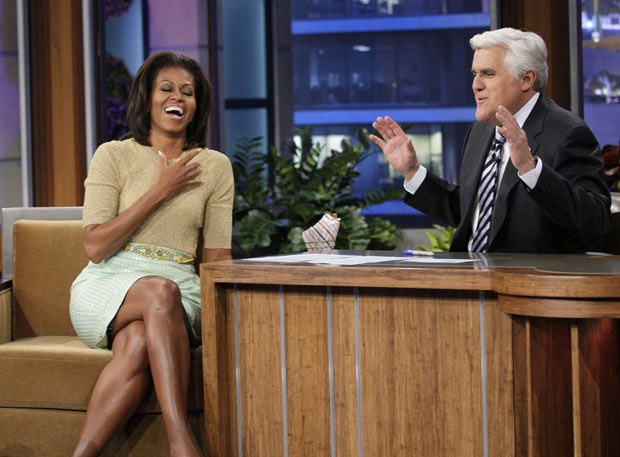 I’m not really allowed to watch Jay Leno because Larry loathes him (we’re a Daily Show household, if you must know), but they showed this clip on the Today Show, appropriately, since it showcases Michelle Obama and Al Roker interacting over the jumping jack thing they’re doing.  All I gotta say is, Al Roker went down!  Ew, not that way.

This Is Why I’m Broke.

So…yeah, I thought I could do damage at Amazon.com just by looking at the Blu Ray deals….oh my, what just happened???  If you take a look at the site above, I do believe you could find yourself occupied for hours figuring out just how much fun each of these items are.  I was immediately struck by the cool Water Temperature LED Faucet….: