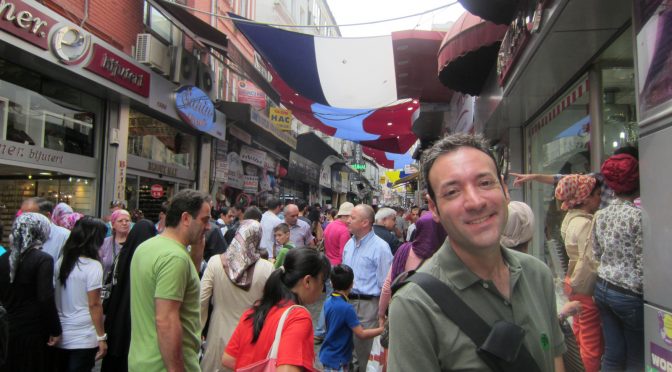 As I mortifyingly admitted yesterday, there are quite a few pics from our epic trip last year around the Mediterranean.  I’ve decided to work backwards.  As I slowly but surely get all the picture pages up from that trip, I’ll continue to update the list of pages with links.  Messy, but it will have to do since this is going to be put up in all sorts of random order!

Anyway, I just started writing this paragraph and remembered that I had written a LOT of stuff during the cruise itself, especially during those days at sea.  But then I remembered I had written them on my old iPad, which I had recently wiped in order to give to Harv.  D’oh!  But then, I remembered that Apple awesomely backs up your data when you connect it to your computer.  And then I remembered that I built my new iPad from my old iPad’s image… After remembering which app I used to type in my trip journal (aNote – a pretty great app for purposes like travel diaries, btw) I nervously opened it up and BAM! there were my notes…I had forgotten that I’d only written up the days from Rome, but honestly, that’s a relief too.  Those were action-packed days!!!

What all that means is that I’m stuck remembering the rest of the cruise – luckily I took shittons of pictures, so when in doubt, I can lean on the pictures to tell the story.  So, where was I? Oh, yeah, ISTANBUL!

Our ship, the Equinox, had docked in Istanbul before most everyone woke up, as when we finally did get up, we looked out the balcony directly on to the Istanbul cityscape.  Sho’ nuff, this was definitely Istanbul.  Mosques everywhere, but also still quite a city.  From our room, we were facing the wrong way to really see any of the historic center stuff you associate in your mind with Istanbul, namely the Hagia Sophia or Blue Mosque.  The ship was spending two full days here in the city, and Larry & I had booked a two-day excursion.  I was RIDICULOUSLY excited to come here.  It’s always amazing to think of the history here in what was once Constantinople.  It’s also the only city that straddles two continents.  Plus, the Hagia Sophia.  I mean, seriously.  Once we got sorted into our travel group, we found out that our itinerary for today was to mainly visit the insane (in a good way) markets, including the Spice Market and the Grand Bazaar, along with visiting Topkapi Palace, finally ending with a boat cruise on the Bosphorous.

View of Istanbul from our stateroom

The welcoming Janissary band outside the ship

First up was Topkapi Palace.  It’s where the sultans made their home, back before Turkey stopped having a sultan.  It’s now preserved as a museum, storing quite a few interesting artifiacts, including many ridiculously gorgeous jewels, portraits of all the sultans, some quite impressive religious artifiacts (including allegedly Moses’ staff….Larry & I both had strong doubts about the authenticity of it, and even after asking our affable and knowledgeable tour guide, she couldn’t confirm but informed us that most have strong beliefs that it is) and a gorgeous view of the Golden Horn and Bosphorous, the bodies of water that surround and cut through Istanbul.

The entrance to Topkapi palace

Lots of pretty courtyards within

The Gate of Salutation, leading to the Second courtyard

The Tower of Justice

The Tower of Justice again

The First Chamber of the Imperial Council

Gorgeous interiors of the Imperial Council

The porch outside the Imperial Divan

The treasury buildings, where you can see ridiculous collections of jewels

View of the Bosphorous from Topkapi with me

Outside the Holy Relics area, where Moses’ staff allegedly is

Larry and the Library of Sultan Ahmed III

This building houses all the Sultan’s portraits

After the Topkapi Palace, we went to the Cistern, a Roman construction built underground and where in ancient times the city would store its water.  It is still being preserved for historical reasons and because it is awesome.  You walk down some stairs like you’re heading into a basement, and then there you are in this dramatically lit, massive underground chamber like out of a dream.  It’s filled with a little bit of water that fish swim in – it’s also very cool there especially considering it’s fucking hot as balls up top in September.  It’s incredible to think that not only was this built 1500 years ago, it still stands and there’s a city built up above it.

Exploring the Cistern and area

The Hagia Sophia, although we didn’t see the inside till the next day

This is what you see upon entering the Cistern

The Medusa column bases. This one is sideways, meant to diffuse her power

The other Medusa column is inverted, again to diffuse her stone power

There are fish down in the water

There’s even a cafe down there

From the Cistern, we hopped back in our bus and went to the Spice Market.  I’m sure I’d seen this before on the Amazing Race, and it’s definitely an attraction that doesn’t disappoint.   It’s wall-to-wall people with tons of vendors selling textiles, spices (duh), trinkets and souvenirs, food, jewelry….basically everything you’d imagine.  Larry went to the tour-guide recommended spice stall (Aladdin’s – for reals) and picked up some Turkish Delight (candy that would kill me what with all the nut-based shit in it) and pistachios (for snacking).  After walking through it a bit, we ended up in a textile store and bought some “Turkish-looking” pillowcases and a table runner.  The tour guide had warned us that engaging vendors at all means you’re interested, even if you say no.  She was not wrong.  They’re persistent and I bet we probably could have made an even better deal for ourselves.

Back up on the ground, this is the area around the Spice Market

Looking into the Spice Market

The Aladdin No. 6 store, where our guide recommended we get stuff

Probably shady, but whatever. Larry got some Turkish Delight there.

Eventually you can reach an outdoor portion

That big mosque in the distance is the Blue Mosque, one of the more famous

In the distance is the Galata Tower

It was time for lunch at this point, and we ended up at a restaurant that served up lots of Turkish flavor, including kabob, a pate thing, and even now, I can’t remember it all, neither can Larry.  But it was all mostly good.  This lunch we ended up meeting some of our other fellow cruise passengers as we were seated at large, communal tables.  I remember a few couples, one in which the woman was very nice but her husband was standoffish, a very nice married couple from Ireland who we would occasionally run into throughout the rest of the trip, and I think a German couple who were polite but again a little reserved.  Good food though.

After lunch, our big bus somehow navigated the seemingly-small small streets of Istanbul to drop us off at the Grand Bazaar.  The Spice Market was big and chaotic, but this place is just massive. MASSIVE.  If you ever play Assassin’s Creed: Revelations, you’ll get kind of an inkling of how big and meandering the corridors of this ancient mall are.  It’s so easy to get turned around inside.  Everything looks the same after a while as the vendors pretty much all start repeating after a while.  There’s only so much crap that can be sold.  By this point, Larry & I had satisfied our curiosity factor and after getting turned around a few times and seemingly lost, we finally found our exit and went outside.  It was even hotter than balls than it was earlier, so we found a somewhat shady spot to sit in and wait until the group was scheduled to meet up again.  It had been a long day so far, and the heat on top of it is exhausting. ÂI was really looking forward to the final stop on the itinerary for the day, the boat cruise.  I just hoped we didn’t pass out.

A view of the Blue Mosque while heading to lunch

We didn’t go there till the next day too

In the afternoon, we headed to the Grand Bazaar

Rug merchants on the sidewalk

Just one of the entrances to the Grand Bazaar

We wandered around a lot, one time finding this Turkish flag display

So yeah – the boat cruise on the Bosphorous, leaving from the Golden Horn.  Istanbul has a little inlet harbor that is called the Golden Horn, because obviously that is where a huge amount of their trade would come through.  The Golden Horn is an inlet off of the Bosphorous, the main body of water that cuts through Istanbul and is the path from the Black Sea to the Sea of Marmara/the Mediterranean.  The cruise was wonderful, as it went along a route on both coasts of the city, as it is a city that is cut in half by the Bosphorous and gives Istanbul coasts in both Europe and Asia.  It also happens to be that some of the world’s most valuable real estate (along the lines of Bel Air and such) is along those shores, since there’s mega oil money and Russians there.  If you’ve ever seen the James Bond movie, The World is Not Enough, we went by not only Electra’s Istanbul house (which is right along the shore), also her evil lighthouse/submarine lair, a very quaint little place called Lenore’s Tower.  In other words, it was awesome.

Boat Cruising on the Bosphorous

Super expensive hotels along the Bosphorous

The 1st Bosphorous Bridge, built in the 1970s, and spans Europe and Asia

This is a castle called Rumeli Hisarutsu

This is the 2nd Bosphorous Bridge built in the late 1980s

This is all looking at the Asian side of Turkey

Beylerbeyi Palace on the Asian side

The Maiden’s Tower, dating back 2500 years ago. Crazy

If you remember, this tower was also in The World is Not Enough.

After the cruise, it was finally time to go back to the ship and crash.  Seriously, that was a long ass day.  But basically, completely amazing at the same time.  I fell in love with Istanbul and could easily imagine going back to visit again, perhaps after knocking out some of the other places Larry & I would like to visit.  But I didn’t have to say goodbye to the city just yet, as we had Day 2 the next day!

Back on the Equinox

Back on board the ship and drinking

Hagia Sophia in the middle, Blue Mosque on the right

That’s Topkapi Palace on the left

Instead of going into town, enjoyed the sights from our ship

Such a gorgeous and striking sight

Our blue-lit corner of the bar

The 1st Bosphorous Bridge all aglow

A Turkish Dancing exhibition on deck