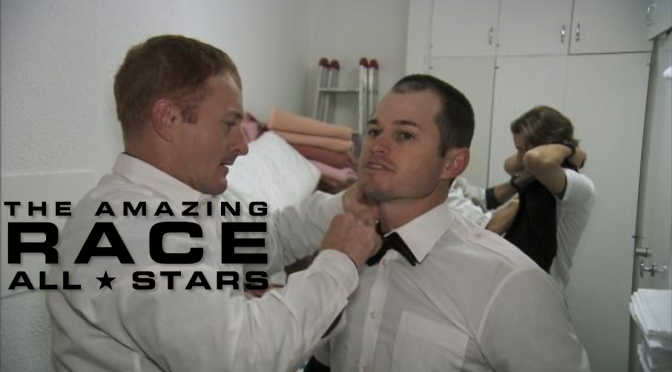 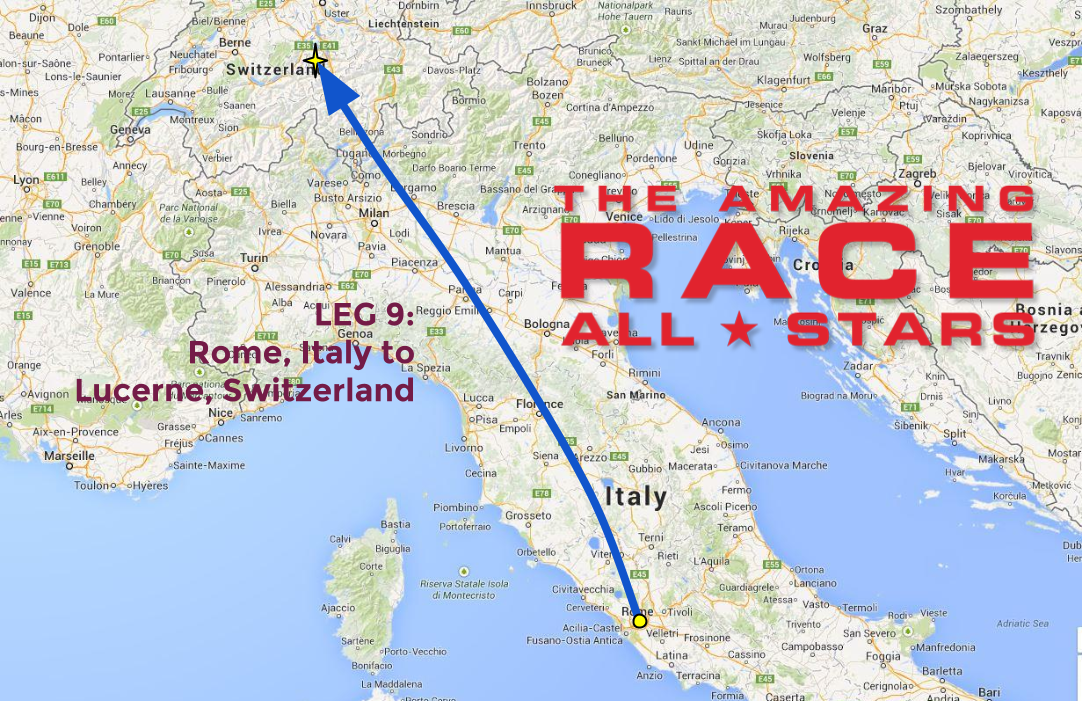 Not slacking too bad this week!  Anyway, this week’s leg had them all over Switzerland and in the course of grabbing screenshots of Google Maps, I realized how much I love putting these maps together.  It’s fun to google all the locations that get mentioned on the show, even the obscure ones.  It’s almost an adventure in itself trying to find those places and then imagine how the cast likely had to venture to get there.  In this particular leg, trying to find the various mountain locations proved to be a bit interesting, and that’s having the power of the Internet at hand!  With that being said, I’m impressed with how competitive this leg ended up being and thrilled with how gorgeous and jaw-dropping the scenery was.  It was the final non-elimination leg too, which I am happy to hear as now the next eliminations are for real.

Well, the title of the episode was “Accidental Alliance” and it certainly proved to be somewhat problematic for Brendon & Rachel.  Was it disastrous though?  Not by a long shot.  If you have ever seen Brendon & Rachel (especially Rachel) on any of their Big Brother seasons, you’ll know that they LOVE to play the mean girl-turned-victim-turned-underdog role. This whole accidental alliance was certainly their own creation due to the way that they interact with the other teams.  There’s a way to be competitive without being assholes, but that subtlety is lost on them.  Regardless, I can’t totally hate on Brendon – he still is quite hot and I’m not positive he’s not this guy in this ridiculously hot pic…. because anyone that hot deserves a pass at lots of stuff.

The leg kicked off with the teams having to drive from Orvieto back to Rome in order to take a trip from the Termini Train Station (which is huge and has lots of personal memories for me from my travels there – want to go back so badly!!) up into Switzerland.  As the top map shows, this is a pretty good distance to have to travel!  With the Cowboys missing that first train that all the other teams got on which bummed Brenchel out, it seemed this was about to be a Margie & Luke situation.  Fortunately for the Cowboys, there was an equalizer at the William Tell statue in Switzerland and everyone was back together to start the race anew in the morning.

With the competition heightened by the Brenchel drama, the three teams that aligned against Brenchel (Leo & Jamal, Dave & Connor, Caroline & Jennifer) also pledged a Final 3 agreement and made it their goal to ensure everybody edged out Brendon & Rachel.  So there was a mini-victory when Brenchel decided to take a stab at finding the Chapel Bridge in Lucerne which was a bad call as everyone else followed Leo & Jamal whose gut led them the right way.  It was a small edge that helped put Brenchel at the back for a little while. 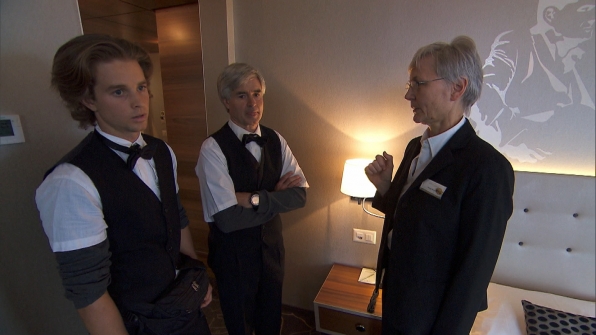 At the Schweizerhof Hotel, the teams had to clean up a hotel room in a challenge that seemed like one half of a Detour, where the other option somehow fell through.  It was an amusing challenge, especially to see Helga not let anyone’s half-assed attempts go through.  Even in this challenge, Brenchel didn’t manage to escape last place, but they were right on the tails of everyone.

The next stop was at the Swiss Transport Museum and it immediately became a place I MUST visit.  From having that enormous tunnel drill to the amazing collage of highway signs, the challenge was very entertaining, at least to watch.  It was here though where the Country Girls are proving that they don’t belong in the race anymore. How many times were they helped or carried along this leg?  Due to their Accidental Alliance, Leo & Jamal ended up helping them out in solving their Ford Mustang challenge only so that they could beat out Brenchel, who had just arrived.  But seriously, did the Country Girls not see what everyone else was doing?

Then at this point was when the racers went south and into the Alps.  How amazing was the scenery there????  The Alps reaffirmed their place on my list of places I absolutely must visit after this episode. 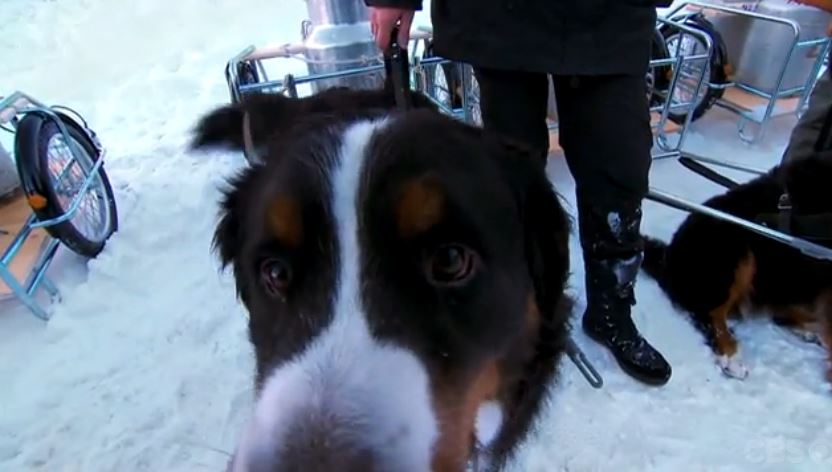 Well, we finally got an “official” leg challenge after the Detour was mysteriously absent.  In what proved to be the nail in the Country Girls’ leg, this required a LOT of physical strength to be able to do effectively.  After selecting one of the extraordinarily cute workdogs and then transporting two empty milk jugs to one of two gondolas, then riding that up to exchange empty jugs for full ones, they had to then bring those back down.  Heavy work indeed.  And in this case, Brendon took the Roadblock on and Caroline proved no match. This unfair reality doomed the Country Girls from that point on.  Meanwhile, the top 3 teams end up neck-and-neck when heading from the Roadblock to the Pit Stop at Mount Titlis. 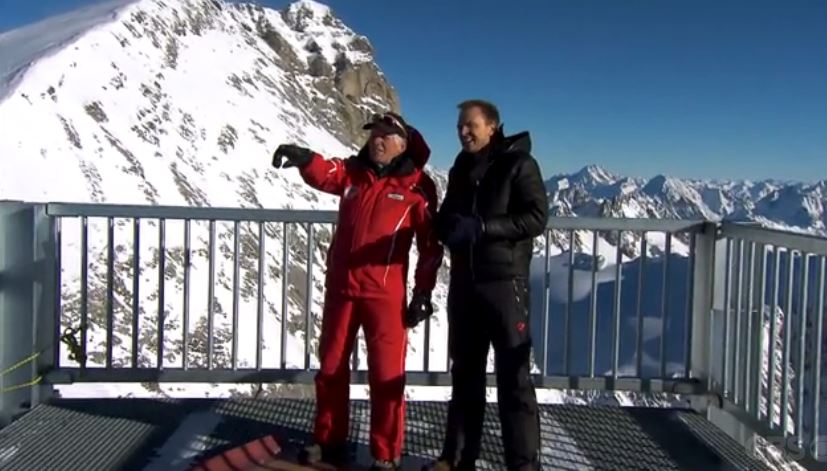 This final ascent to the Pit Stop atop what looked like the top of the world was exhilarating.  After what looked like Dave & Connor having a decent lead, the fact that a second gondola has to be taken allows the Afghanimals and the Cowboys to catch up.  It truly becomes an anticipation of a thrilling foot race which it is as soon as the second gondola empties.  Dave & Connor figure they don’t have a shot so hang back and take a turn that the other two teams don’t – this ends up being key, as they take an elevator up that goes right to Phil.  Well, basically.  They still had to schlep but the other teams weren’t to be seen, and they pulled out a win.  Pretty impressive.  I still can’t get over the view. 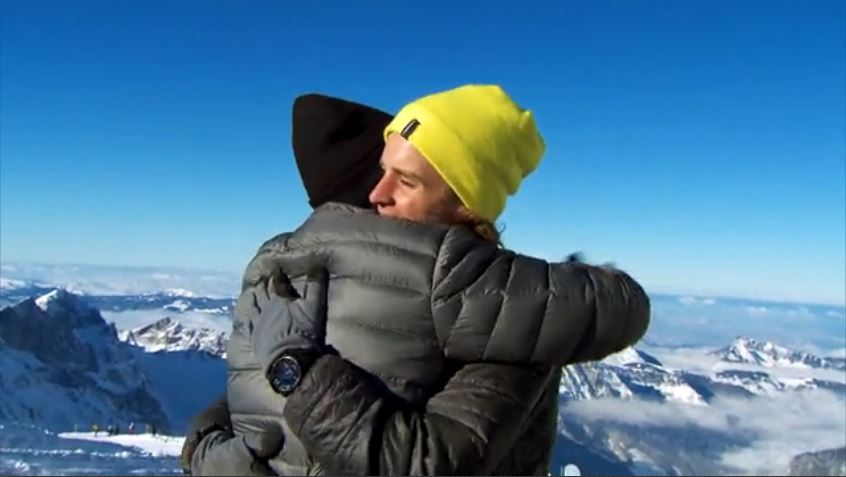 Anyway, Brenchel overtake the Country Girls at the Roadblock and secure 4th Place while Caroline & Jennifer end up last….BUT get saved with that non-elimination.  The Final 3 alliance is pretty advantageous for a few reasons – it’s kept the Girls in as they’ve gotten a lot of help from D&C and L&J; D&C know they can beat the Girls;  L&J know they can outrun D&C and beat the Girls; all 3 teams don’t want to race against the rabidly competitive Cowboys and Brenchel.  But we’ll see how it pans out next week, although I won’t be shocked if the Country Girls sing their last tune.  And I now have to go and book a trip to the Swiss Alps STAT. 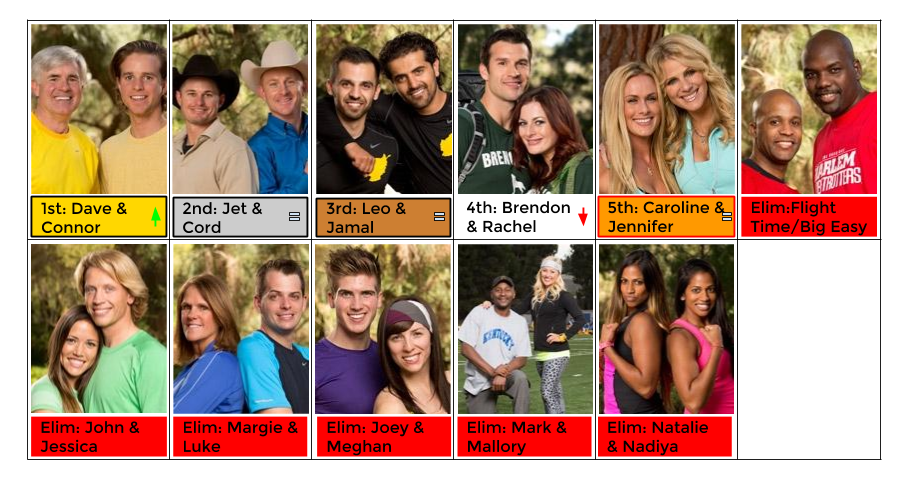 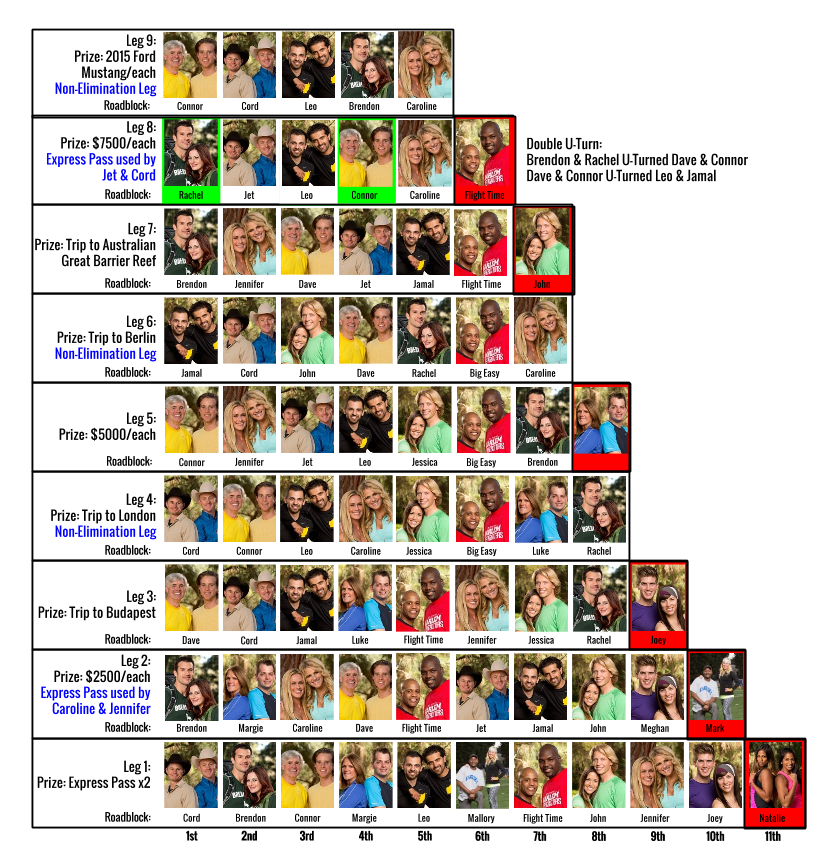