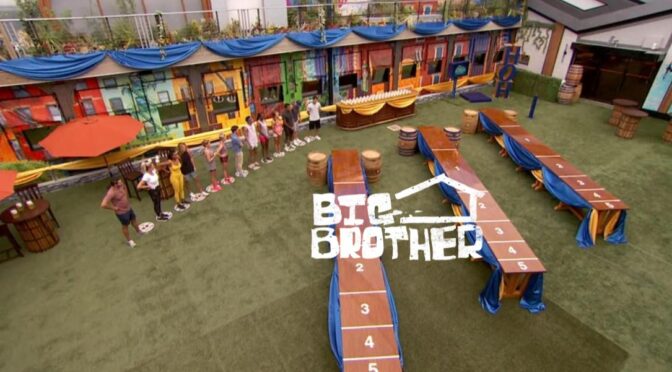 That song lyric/title came into mind while I was thinking about what to write for this post, and I guess it is that way as basically, the Janelle and Kaysar show is about to end, and we’ll soon be at a point where Big Brother will effectively be restarting.   It’ll be that way because without “Jaysar” in the house, there won’t be the fairly easy targets to discuss, and finally we’ll have some intra-house drama.  Alas, it does seem like the 6 that are aligned are pretty strong and honestly keep winning comps.  The others outside of that 6 don’t really seem to know it?   Or know that they should probably get everyone else left together?   I don’t know – if the HoH competitions keep going to someone in the 6, then it’s like, this season could be wildly straightforward.   But that is never fair to assume as seasons always end up surprising in some ways, as the inevitable alliance breakdown will always happen.

I don’t have the energy or motivation to do a full post about the ins and outs of the last two episodes, so here’s what happened: 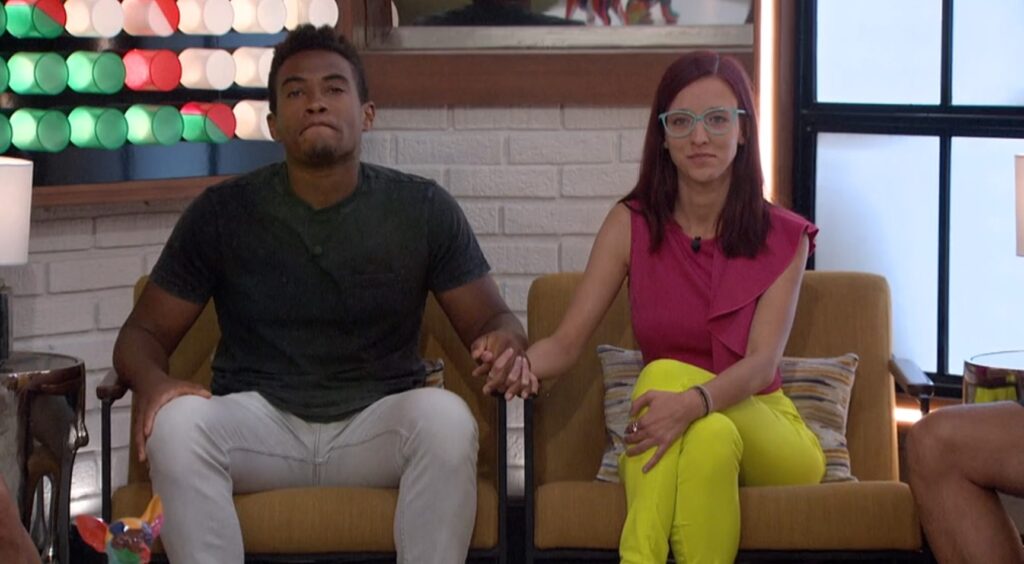 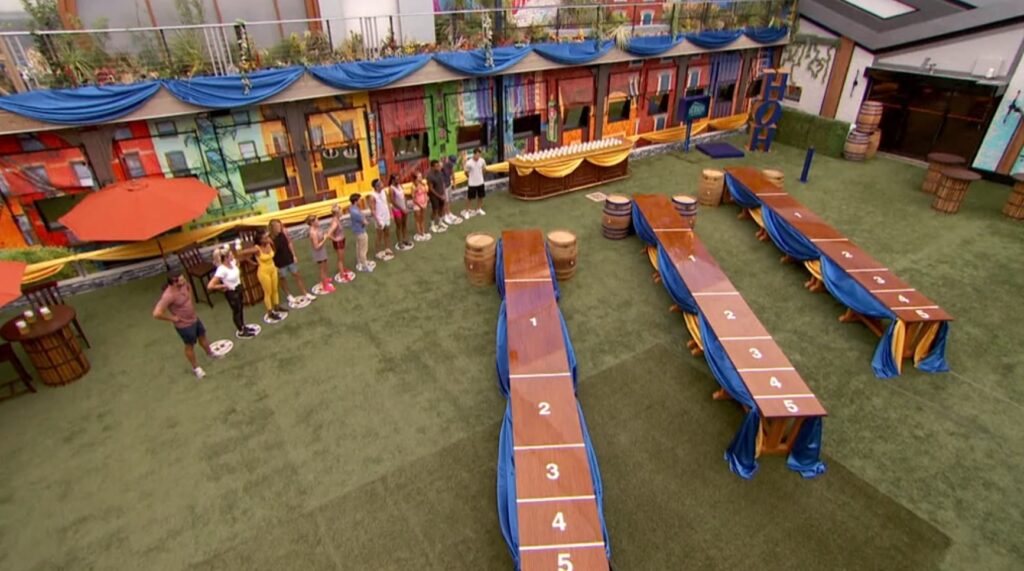 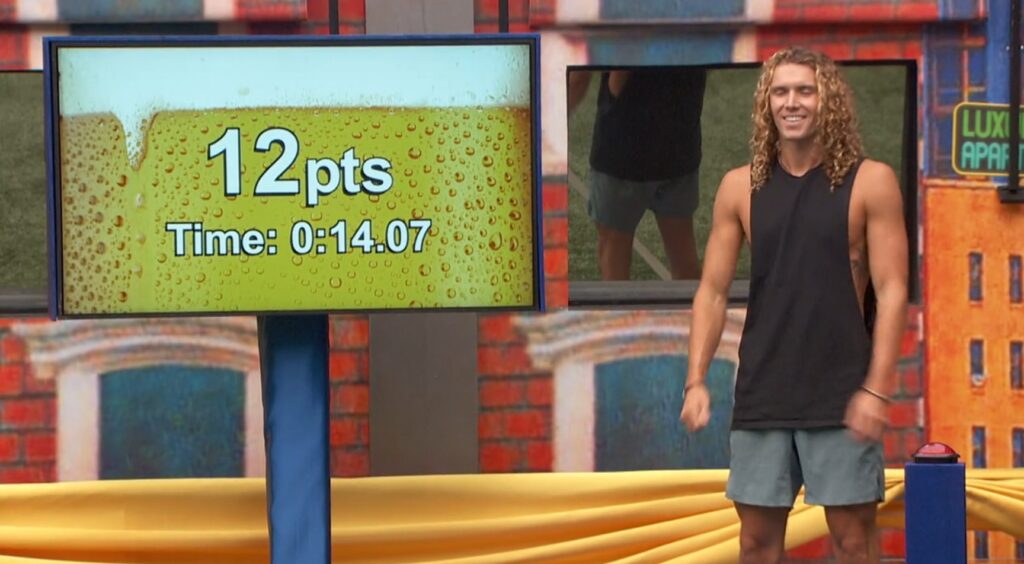 At the HoH comp, the goal was to slide three beer steins, one on each of the long shuffleboard tables above.  Whoever could slide and accummulate the most points across all three tables would win HoH.   Janelle and Kaysar were last to go so there was some drama, but in the end, Tyler was able to get the most points and nobody could touch him.

With Tyler the new HoH, there is some potential for it not being an obvious week ahead, but from the feed info I have gleaned, yeah, the first phase/chapter of this Big Brother season is wrapping up in an unsurprising manner.   Truth of the matter is that while most fans are Janelle stans, the houseguests see her and Kaysar only as targets to get out.   It’s honestly not really the smartest thing, as the newer younger players really are bigger threats, but hey, that’s the game that’s being played.  I’ll miss having these two in the house as they both get taken out over the next two weeks (or one week if a double elimination sneaks up on us this week!), but as I wrote above, the next phase of the game will begin and it’ll be interesting to see how that shakes out. 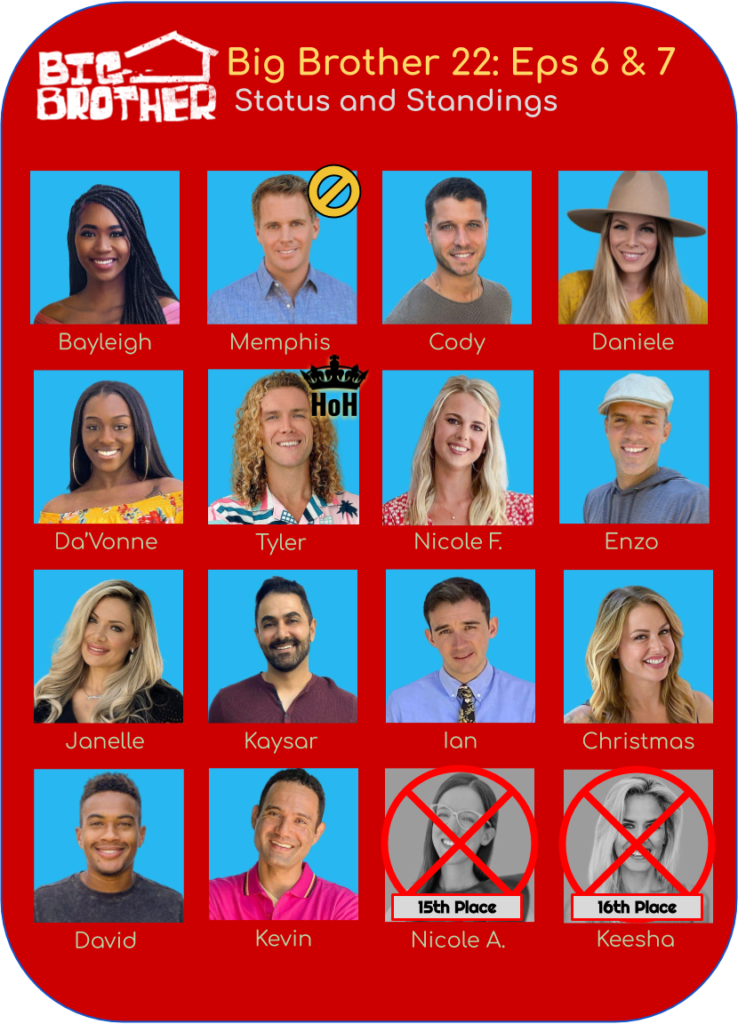 Quick thoughts on the houseguests (I saw my BB14 posts and liked that I had a sentence of two written about each HG so I’ll try it again here):

Alright, there’s that!   I like that, and will do that again.  Let’s see how things turn out.