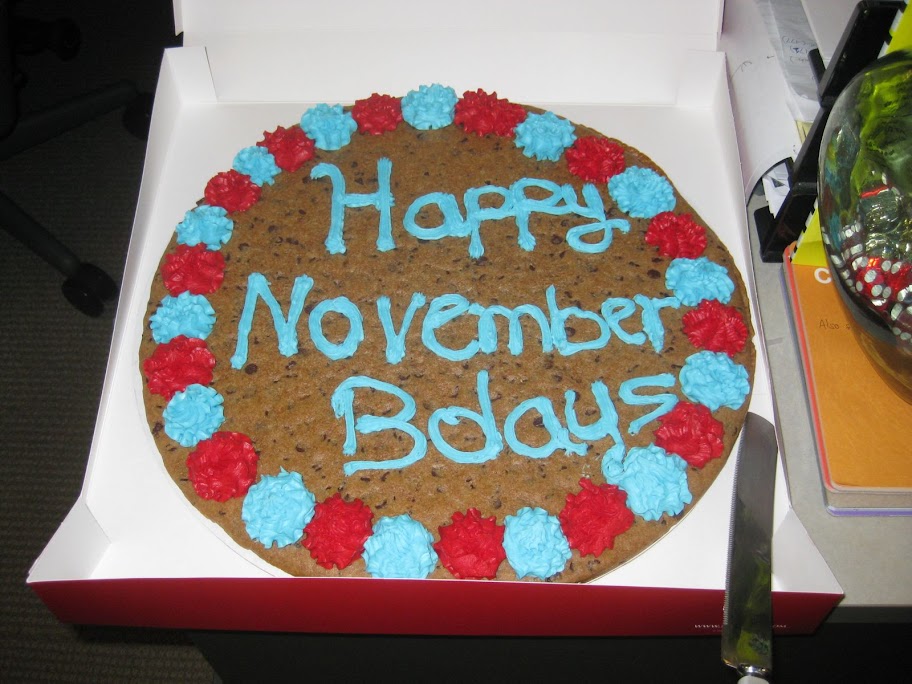 Okay, so here it is, almost no longer the middle of November.  Uh, why is my birthday almost a vague memory????? It probably has to do with a crappy last week.  Fortunately, this week has been a lot better.  I’m actually not ultra miserable at work.  Yay for that!  I’ve also been able to see Larry a lot, which is always a good thing.

We may be going to the Museum of Modern Art on Thursday night because they’re having a Tim Burton movie retrospective – the movie they’re playing on Thursday?  BEETLEJUICE.  How could I resist seeing that on the big screen again?  I just hope it’s not sold out.  But it is motherfuckin’ New York City.  Blargh.  Guess we’ll see what happens.

Have you been watching the Amazing Race this season?  It’s been a very entertaining season, but I am torn.  I find Sam (one half of the gay brothers team) to be incredibly cute.  Unfortunately, this past episode he got quite annoying this episode.  And I just can’t get excited much over his brother Dan – the body’s fantastic but the face, well, let’s just say it’s not really a surprise he’s gay.  Okay, it’s called GayFace.  I may or may not have it – but Dan definitely has it.  Anyway, one of the hilarious things that happened on the last episode was that the teams had to play mud volleyball in their underwear.  The mud was like 18 inches deep or so and you sank right into it, so it was hard to move around.  Anyway, Sam was in shorts but Dan was in boxer briefs…tight boxer briefs.  And so he had this giant blurred out area around his nether regions…but so did Sam.  And it didn’t make sense, unless his shorts were opening up at the fly. He had just remarked on the Estonian opponents’ hotness (I had to concur on that assessment) so perhaps he couldn’t control his privates?  Or was CBS just fucking around with Sam?  I mean, they were literal shorts!  With Dan, even the blur, you could tell if they hadn’t blurred it it would have bordered on Pornville.   Anyway, here’s the picture I’ve attached with my realitynewsonline article – I can’t imagine they wouldn’t use it, but then again, it is very male-centric.  Not much in the way of boobage.  I am interested to see what pic my article ends up with! 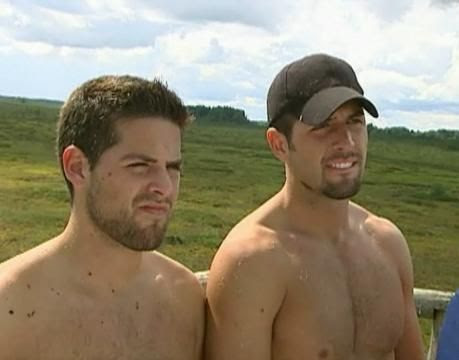 Sam is the one on the left – he has a bit of a sour look on his face as they’re in the midst of a spat with the Harlem Globetrotters after a little altercation on the path to the Pit Stop.  Nice to look at, nonetheless.  What the hell was I talking about?

(Thursday morning update: Realitynewsonline used the pic above.  Sweet.  I’ll get clicks just by that alone!!! – the link to my article can be found in the Articles section of this site).

I don’t know, but the Beatles rule.

So we picked up a Chocolate Chip Cookie Cake at work today for the November birthdays.  I LOVE COOKIE CAKE.  Here are the pics from this delicious day: