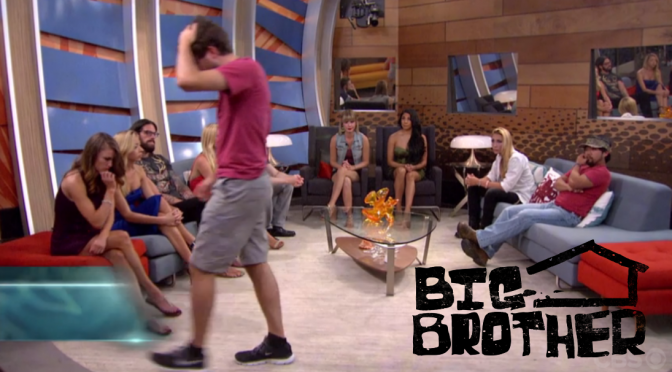 Well that episode happened.  Still not sure WHY the things that happened did, and I know I’m not alone in that assessment.  Why did Shelli go home instead of Vanessa?  Why did Meg & Jackie go up as nominees?  Why was Jackie targeted of all people by Steve?  And was Steve cracking under the pressure of his decisions?  I imagine tonight’s episode will be pretty much half flashbacks to last week to help us understand what went down!

In the meantime, let’s try to make some educated guesses.

Why Was Shelli Evicted? 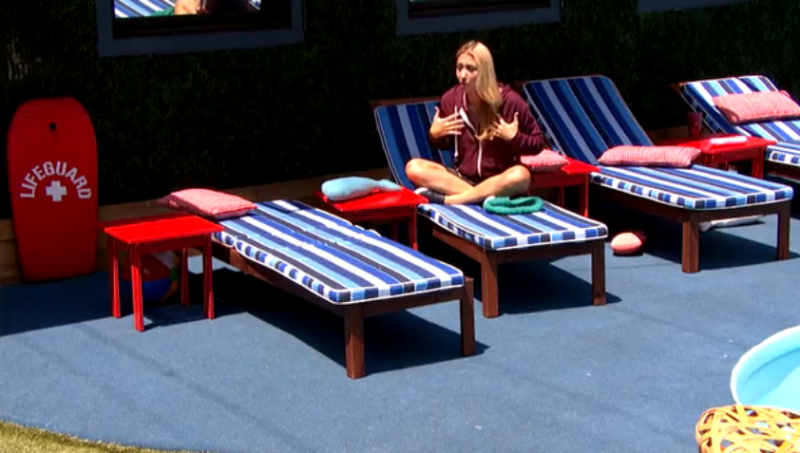 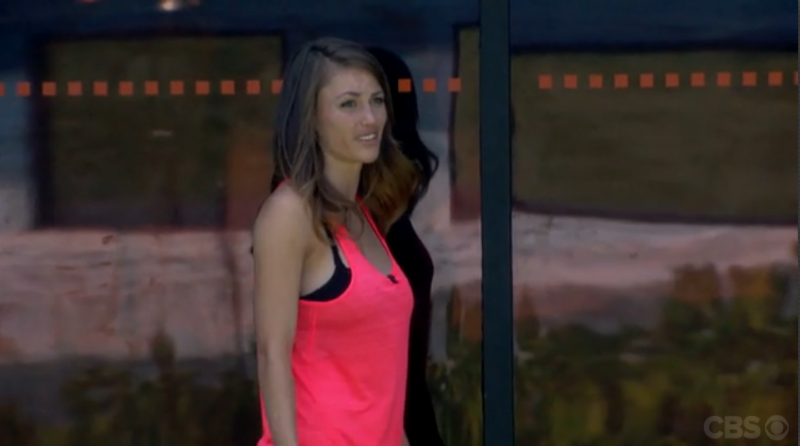 Vanessa certainly was right about not counting her out.  She was bold and confronted Becky about what happened and Becky humored it for about a second before deciding she’d rather be anywhere but there. This outright refusal by Becky seemed to motivate Vanessa to pull out all the stops in making sure she stayed.  She first talked to Steve to confirm she at least had his vote to stay in and when he hemmed and hawed too much, she knew this was going to be an uphill battle. 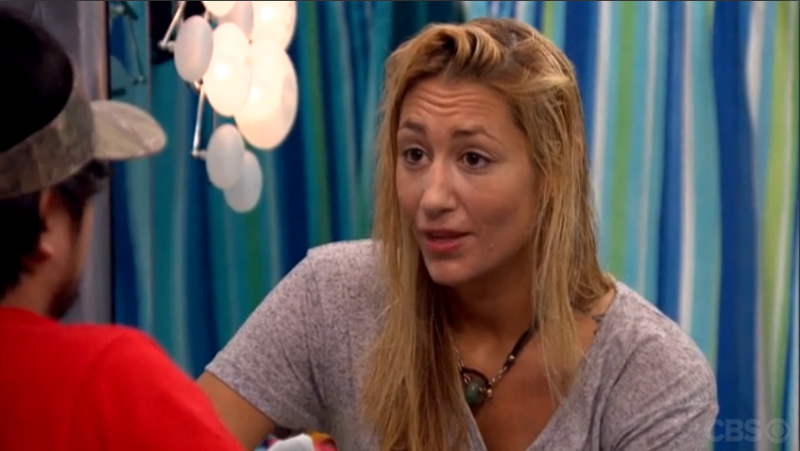 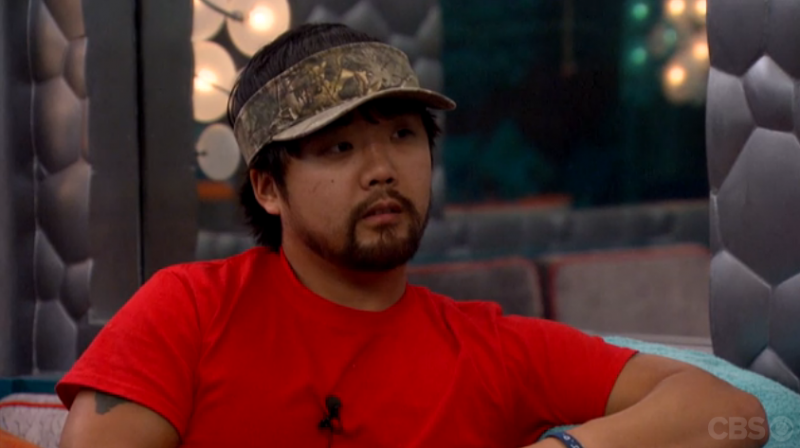 This looked to be the action that turned the tide – talking to James about who Becky really is in this game. Vanessa let him know that Becky was ratting out everything they were planning & doing to Shelli & Clay last week.  I mean, I couldn’t believe it when Becky was doing that, and I applaud Vanessa for using this as ammunition.  It’s brilliant, and it seemed something Becky should have talked about immediately with her new alliance to make sure this wouldn’t derail things.  Because sure enough, it looks like making James aware of Becky’s allegiances then was enough to cause James to change course. 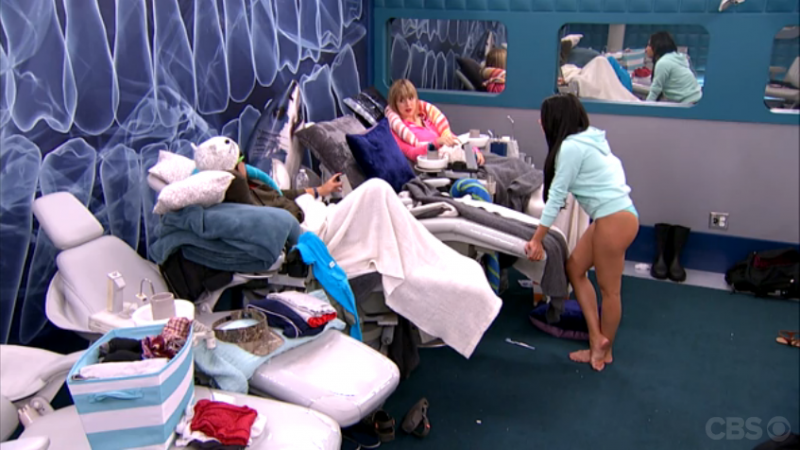 The three of them (apparently this group did have a name: The Goblins) then discuss what’s the best game move to make.  They know that James would be in trouble if Shelli stuck around and would always need to worry about her.  I guess they must have figured Vanessa’s revenge was only going to be towards Becky especially with how vindictive Becky ended up being about the whole thing.  It would be nice if we find out more tonight. 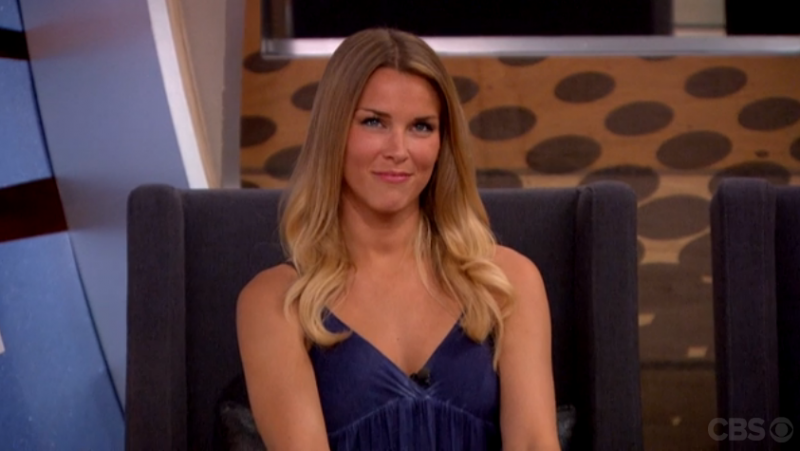 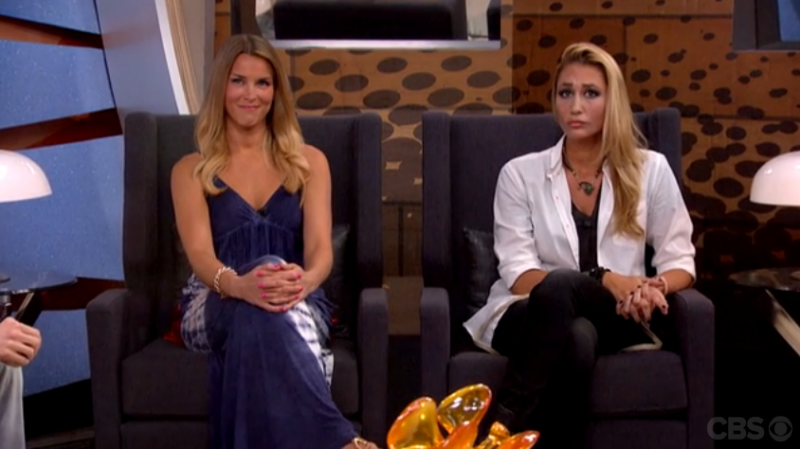 Julie finally got to use her psych-out move and tell Vanessa that she is safe this week and Shelli has been evicted.  Shelli’s eyebrow briefly arched up when she heard Vanessa’s name, but her expectations were clear by this point that she was getting evicted.  So again, I think we need some more information about how this all turned around. 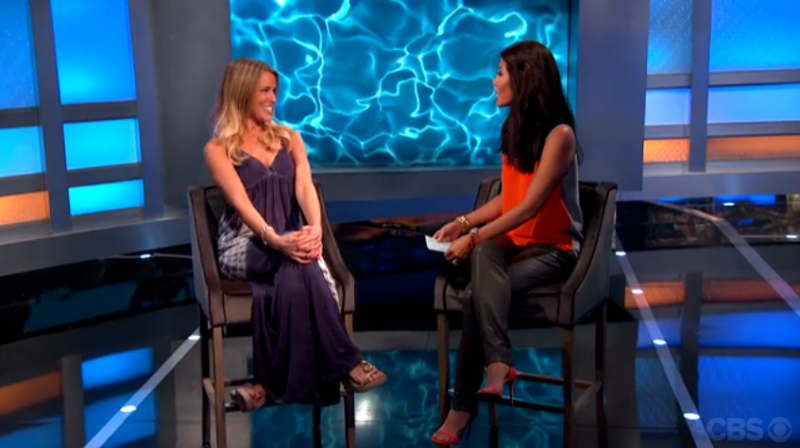 Shelli seemed upbeat about it all though.  I think she’s looking for some payback, and from what I’ve gathered in her post-eviction interviews, she’s ready to target Vanessa and ally with John & Steve.  There’s a very real possibility that could happen! 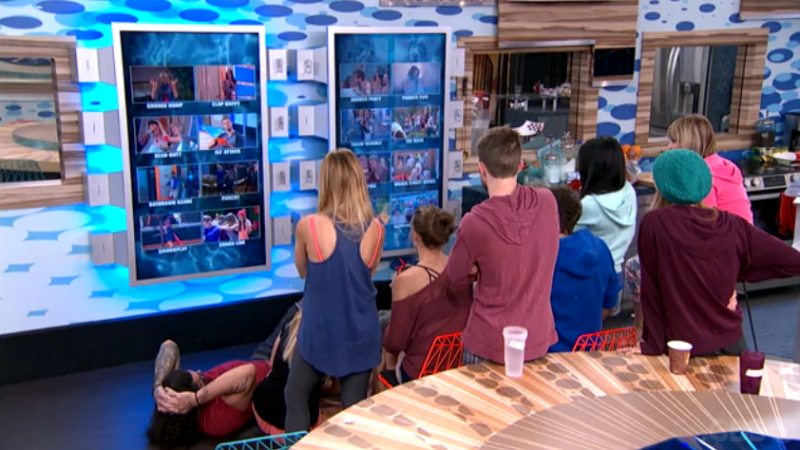 The houseguests were notified that the memory wall was going to change and they ended up getting to watch 16 video clips on a loop.  Everyone knew that this wasn’t just for fun and you better be watching these clips and picking up on the details as somewhere down the line, you’re going to be asked about them. Well, it was for tonight’s HoH competition! 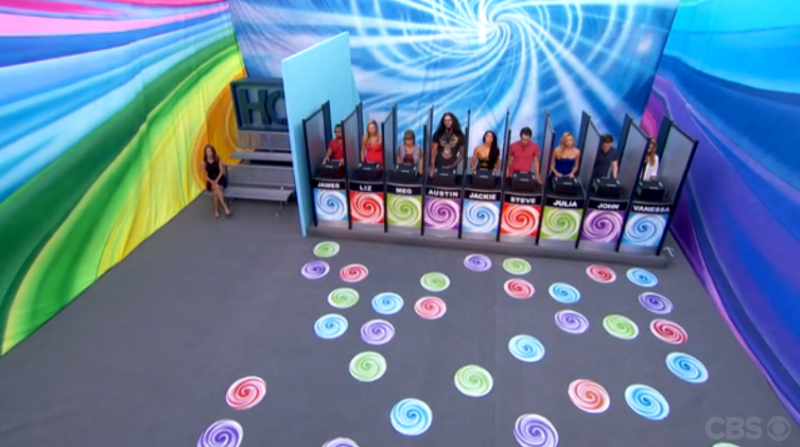 These typically end pretty quickly so it’s no surprise they went to this well for the HoH comp.  What was surprising was how quickly the entire Goblins alliance was eliminated – all on the second question!  It ended up coming down to just Austin, Steve, and John – and lo and behold, I have to shut my mouth and apologize, kinda, as Steve effing won! 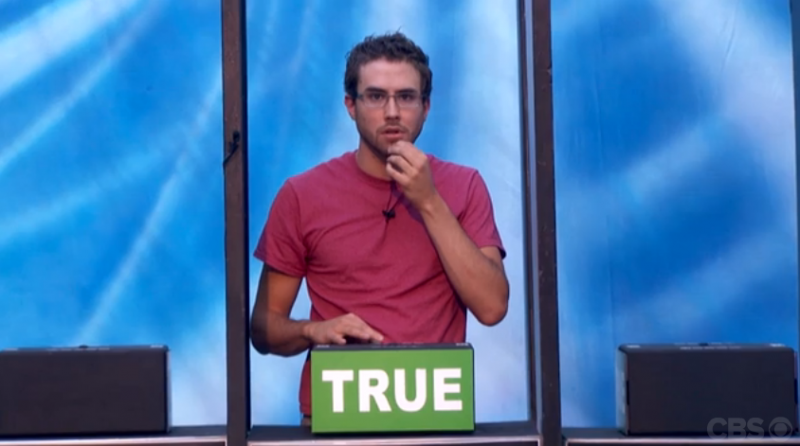 You and me both, Steve.  I’m confused and bewildered by your win as obviously you are too.  Let the onslaught of WTFs continue, shall we? 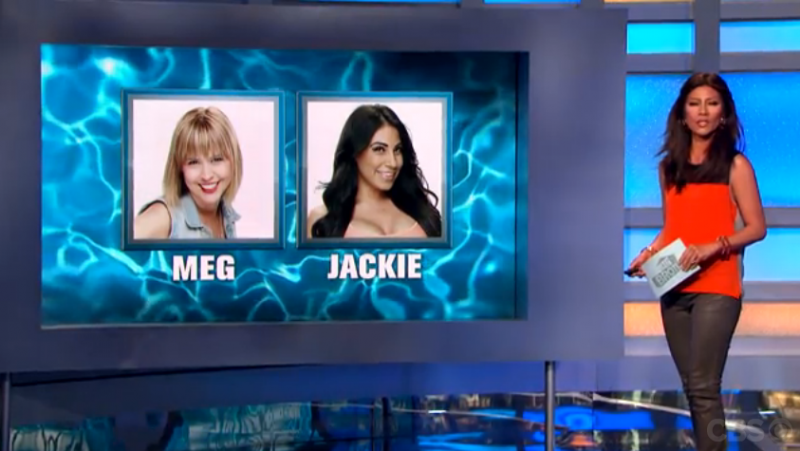 When he made these nominations, it kind of beggared belief.  Well, I mean, maybe it doesn’t, but I really wouldn’t have thought that these 2 were going to be targets.  Was it Steve’s intention to backdoor Becky and thus Meg & Jackie were pawns?  We learn later from Jackie that Steve had heard Jackie was going to backdoor him during her last HoH but her target would have been Austin, not him.  Jackie tells us that everyone knew that, including Austin, so it’s confusing as to why Steve would believe it now.

I figure that Steve probably had some advice from Vanessa as from earlier in this episode, it was made clear that they are friends and are somewhat aligned.  Again though, I’m surprised it wasn’t James up there then.  So again, I hope we find out a little more as to why Steve picked these two.  If it’s just that Vanessa wished it to be so, then that makes sense.

The Power of Veto Comp was CLOSE 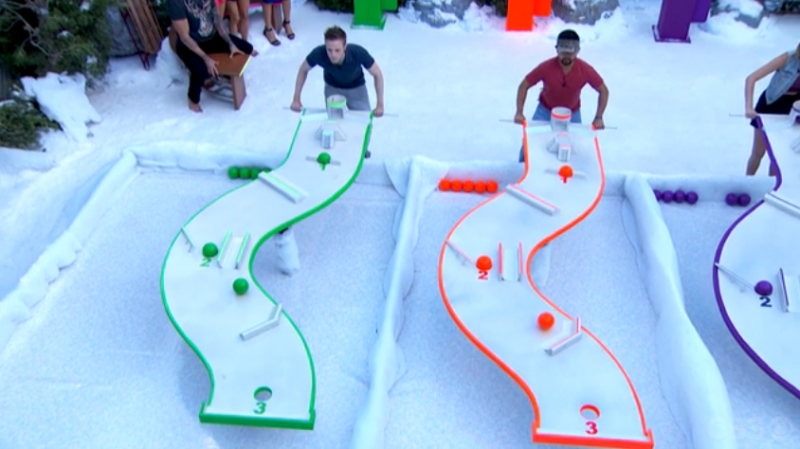 It was like the game Labyrinth, in which you have to move the board to try to guide 3 balls into three numbered holes, in the correct order.  John and James were approaching the last hole at around the same time and James was in the lead but then his ball rolled right off the side, giving John the breathing room necessary to carefully get the ball into the last hole, earning him the win.  James was soooo close! 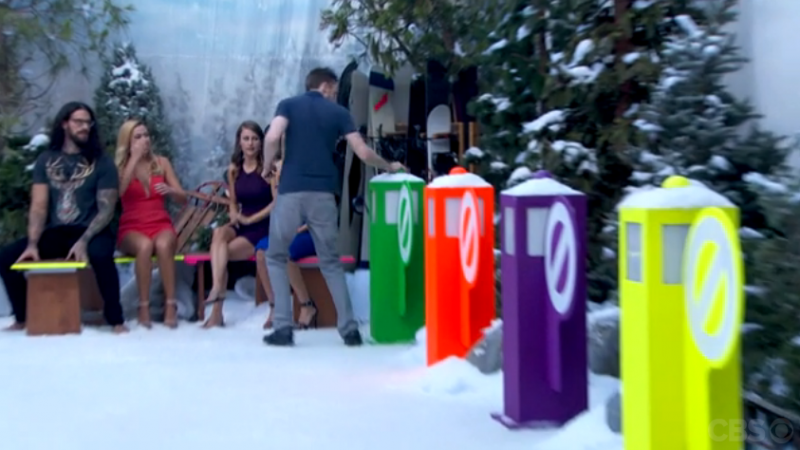 So John continues racking up the Veto wins!  He didn’t look all that thrilled to have won it, but I think he was stressing out along with Steve.  He knows that what Steve is stumbling through will have repercussions and is trying to figure out how to make it through without becoming a target himself and maybe help Steve out too. 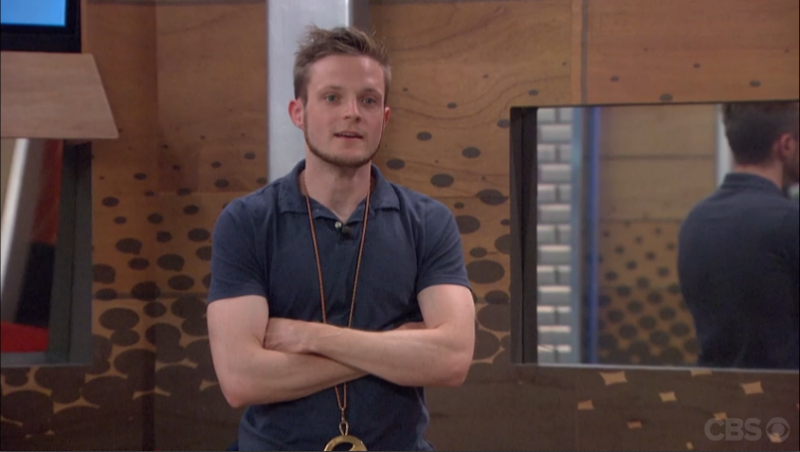 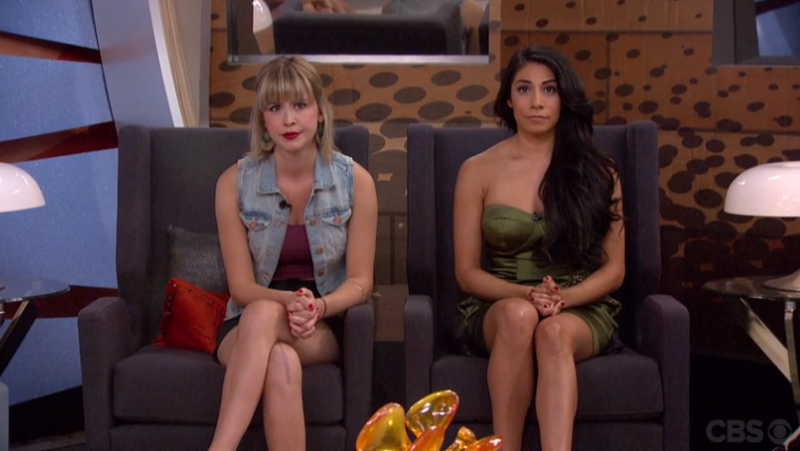 John lets Meg & Jackie make their case for using the Veto, but he admits that he isn’t sure who will be the replacement nominee so chooses not to use the Veto.  Meg & Jackie are thrilled with his decision.  Personally, I think John figured Steve would try to backdoor Becky and John has a relationship with her.  Not a showmance, but I think they do work with each other and trust each other.  With that bit of business done with, we cut back to Julie briefly but then come back to the houseguests when it’s clear Meg & Jackie are trying to talk to Steve…. 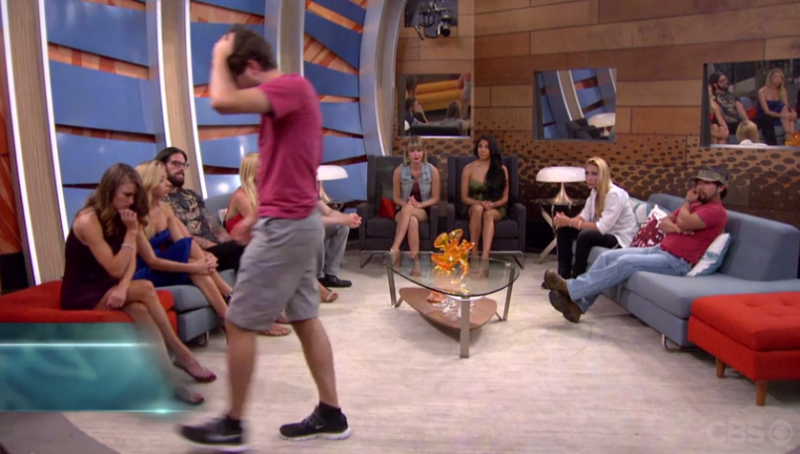 …and he walks off as he can’t think straight and can’t talk clearly.  Everyone is left a bit stunned to see him clearly unable to handle this.  Maybe a strategy on his part, but I’m not sure what you’re telling or showing people except that you’re erratic and prone to freaking out.  Not a person you want to have to count on. Honestly, I think Steve winning this HoH was possibly the worst thing to happen to his “game,” as let’s be honest, he made a fucking mess of the house with these decisions and actions. 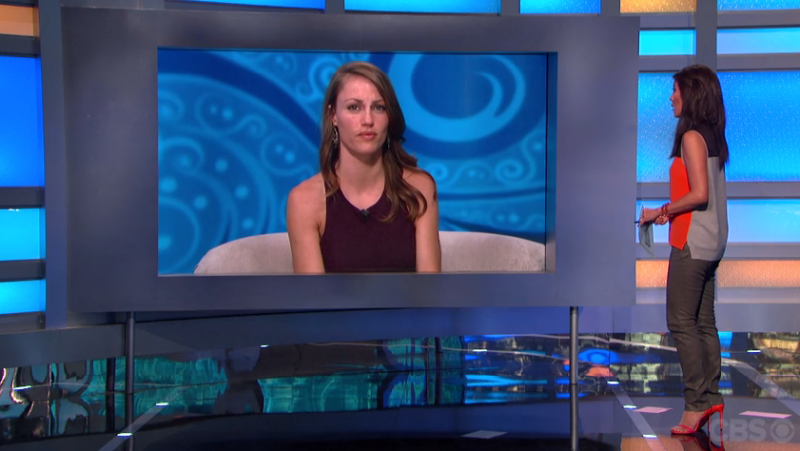 But you’d be forgiven for thinking Becky was the one getting evicted.  Becky was so completely in a bad mood this entire episode, wasn’t she?  I have to find out if Shelli’s eviction was a complete surprise or did she know that the Goblins were turning on her and voting against her wishes before hand?  Then when Meg & Jackie are on the block, she can’t even make eye contact with people.  Is she upset that her friends are up on the block?  Is she sad her friend Jackie is about to go?  It’s really not clear at all.  And where does she stand in the house?  Is she getting ostracized? 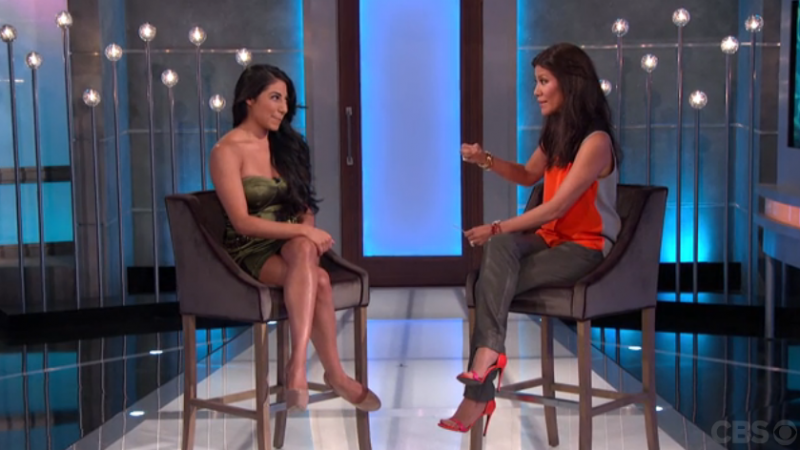 Regardless of Becky’s heavy dose of ennui, the actual evicted houseguest was Jackie.  She seemed to be in mostly good spirits about it, but it’s probably the shock of it all while also getting to be the focus for a few minutes with Julie.  Jackie’s game definitely became more interesting once Jeff left, and I think she admits as such.  But Jackie is confused as to why she was the target and is extremely curious about who put that false piece of info into Steve’s head concerning him being her target when she was HoH (which wasn’t true and everyone knew it).  Psst!  Probably Vanessa! 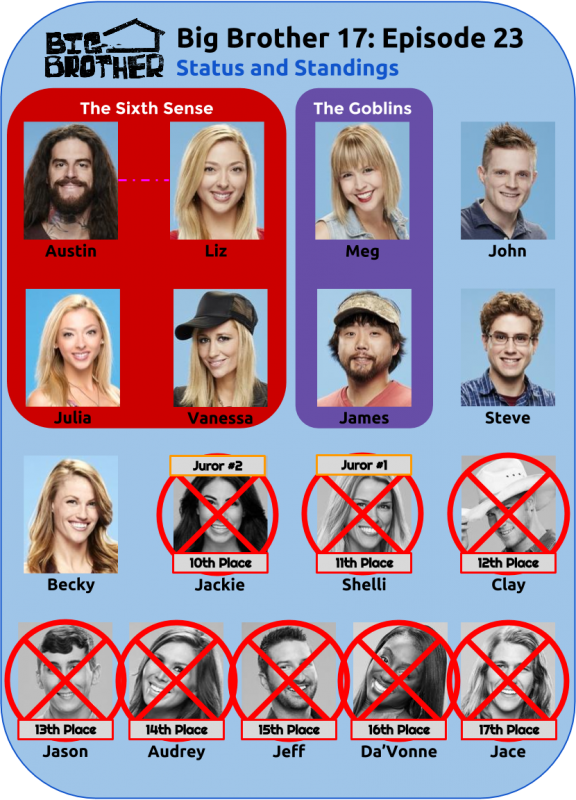 I’m hoping for at least some answers as to what happened this episode. I’m also very curious what happens next, as a lot depends on who wins HoH next.  I think Becky HAS to win it to stay safe this week as it seems very likely that Vanessa will come after her with a vengeance, and not many people are going to get in her way, especially James or Meg.  Steve may also need to be concerned, especially if Meg, James, or Becky win HoH.  His fears of being a target are now valid!

Next, A Week of Big Brother Zooms By Again –>