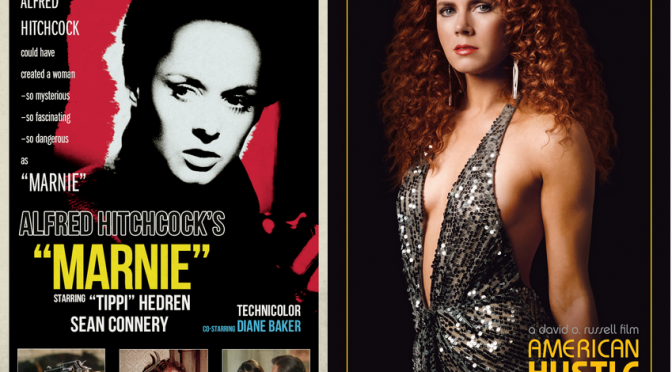 I have a goal for next year: a post (or more) EVERY SINGLE day of 2014. Even if it’s just a little aside or something. WordPress allows you to do so much and from pretty much anywhere; there’s a WordPress app for both the iPhone and the iPad (which is what I’m typing on as we speak). I am madly in love with the Twenty Fourteen theme that WordPress developers released, which you can see on this here page as we speak. I was loving the Oxygen theme for so long (the previous one with the off-yellow color) and it was working perfectly until my Shashin plugin was updated and suddenly my automatic slider function went to hell. So I then went to that red version which I was kinda not loving, which led to me not really wanting to update. I still have so many fucking pictures to post up here, and believe me, I WILL. They’ll be great for when I don’t have anything to write about – just pop up a page of pictures. Those Mediterranean cruise pics HAVE to be done before we go on another cruise. No plans to do so for 2014 (honestly!) although we may still take a European vacation somewhere.

That’s one long paragraph to say that I’m back, bitches, and I am motivated. Why not get warmed up for 2014 by posting some random scattered thoughts about two movies Larry & I happened to watch over the past two days!? 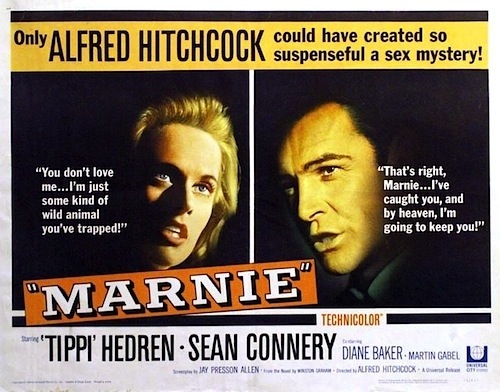 First up is Alfred HItchcock’s Marnie, a movie I’d heard a little about but never seen for myself. Marnie was next in line to watch from the Alfred Hitchcock Blu-ray set I bought for Larry last Christmas/Hanukkah, and after we had watched The Birds and To Catch a Thief (which I had to buy separately as it wasn’t part of the mega-set) this summer, we sorta fell off the Hitchcock Express. Stister Stacie realllllly wants us to get a move on and watch Frenzy but that is NOT next up and we are watching these in order, dammit. Marnie was next, and last night was the time to get back to it.

Again, so much typing to say so little. Ha, I kid. When have I ever said little? To the point of whether I enjoyed the movie, of course. I didn’t know what to expect from it and I advise anyone who hasn’t seen it to go in knowing as little as possible. There’s not a super crazy twist in the end but it is an interesting look at a very complex and damaged woman (Tippi Hedren) and the very strange man (Sean Connery, looking very young and having just come off of Dr. No) who decides to get to the bottom of it. While watching it Friday night, I couldn’t help but get slammed all over the place emotionally: you know what Marnie does is criminal, and she seems quite sociopathic, so you think it’s great that she gets caught. But then you also want her to get away with it as well as escape her situation later in the movie. It’s also strange that one of her aliases is Marion, a direct callback to Psycho’s doomed heroine who was committing the exact same crime. Ol’ Hitch seemed to like exploring what bad could happen to a woman that wasn’t playing the happy housewife role, so in Psycho he goes one direction while in Marnie, we got a very different direction. Tippi Hedren was fascinating in this role and had a lot more to do here than her role in The Birds – don’t get me wrong, I LOVE The Birds. Like, a ridiculous amount. But there’s only so much one can do when you’re reacting to killer birds and raging lesbians. Marnie gets very psychological and it’s all for the better. 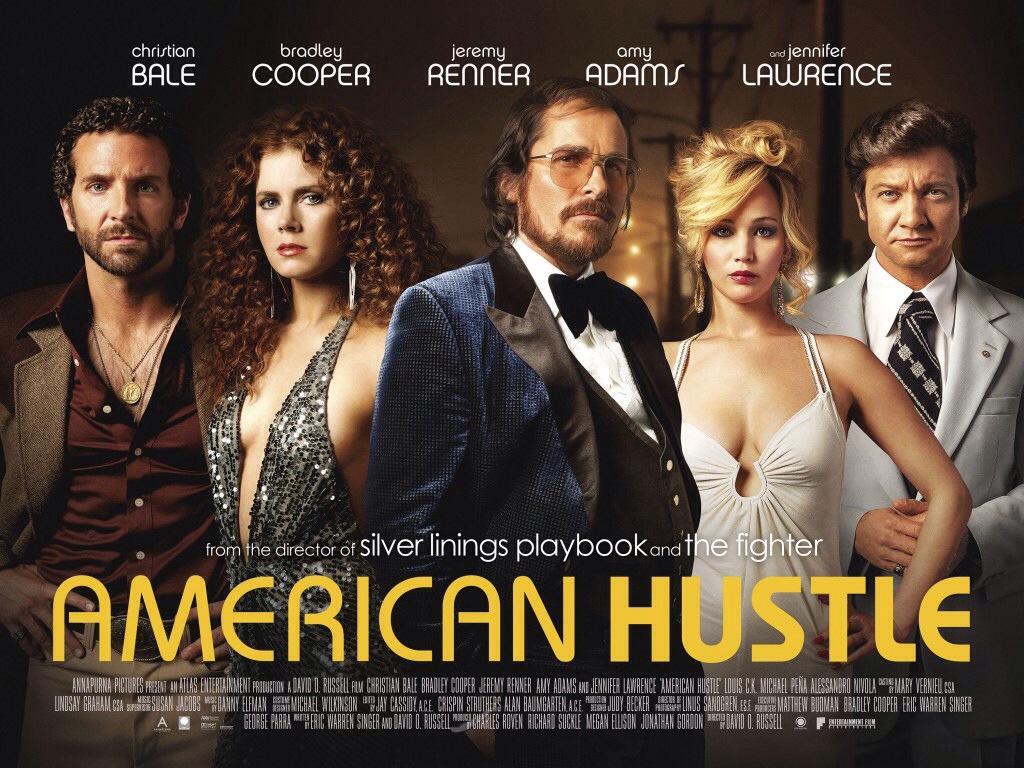 As for American Hustle, it was the first movie we’d seen in the theater for a little while, the last one being Catching Fire. It was the latest movie from David O. Russell, and like some other directors, it was another movie with a cast he’s grown to love. In it, he’s brought back Jennifer Lawrence (America’s Greatest Treasure) and Bradley Cooper from Silver Linings Playbook and Christian Bale and Amy Adams from The Fighter. I haven’t seen The Fighter for some reason but I did see Silver Linings Playbook and it is freakin’ fantastic. So getting the whole gang back together for this latest is a lot of fun as not only are all the actors talented, the setting of the movie is the 1970s and it is GLORIOUS. Amy Adams doesn’t ever EVER wear a dress that doesn’t have a plunging neckline in which the girls look like they might slip out if ever a violent shaking were to occur. The fashions are amazing. Christian Bale is unrecognizable but amazing as the confident con man who is pressured into working for the Feds. If he is somehow not recognized at the Oscars for this performance, I’d be shocked. The plot revolves around an FBI operation that was extraordinarily ambitious and unfortunately run by a not-ready-for-primetime player in the form of Bradley Cooper. As with any kind of heist movie, the best parts are when the operations are under way but even when it’s just the cast singing along to Tom Jones’ “Delilah” you can’t help but want to be living the 70s life. Sometimes I think I would have loved maturing in the 70s (instead of the late 80s and 90s) as the music and fashions just are so ridiculously fun (we’re listening to the Sirius 70s on 7 channel now and have been for the last few weeks as it’s the BEST station), but rose-tinted glasses and all that. Long story short: I highly recommend this movie – it’s so much fun and so well done. Satisfying at the end as well, but that’s not giving anything away, I promise.