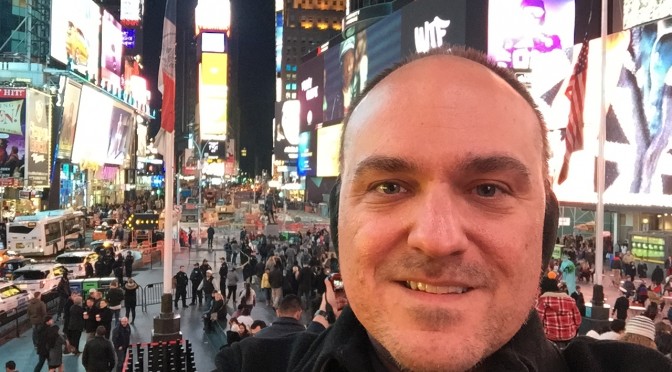 I had a very long and exhausting experience over the past few days.  On Saturday, Larry & I went to see Mockingjay, Part 2 at the Chinese Theater and it was great and everything (maybe a review coming later, who knows).   After that, which probably got the exhaustion off to a good start, we went over to Jacen’s house for a party.  Not just ANY party though – it was his coming out party.  Who knew?  It was an absolute blast and included two very attractive shirtless men serving drinks, which I think is now going to be a condition for any party I attend in the near future.  I mean, it just makes sense. No while we didn’t stay till super late in the evening – I did drink my fair sure of red wine to ensure the celebration was wonderful!  We left around 11 or so though and got to be probably around 12.  Unfortunately for me, my flight was at 7am on Sunday, meaning I had to get up at 4:30 to get on the road by 5.  UGH.  I did get up, got out the door (wisely, I had packed before the party), and drove over to LAX Long Term Lot C.  Off I went to NYC!

In a Middle Seat!  Yay for last-minute flight bookings!  My booking was so I could be present, in person, for an engagement kick-off where the client is in NYC.  I didn’t want to get into the city late at night like I have in the past, so this early morning flight got me there around 3:30 in the afternoon.  Even then, by the time my cab got me into town from JFK, it was twilight.  I was exhausted.  Probably had 2 hours of sleep to my name at that point and I definitely didn’t sleep on the plane.  But a shower helped when I got checked in – and man, this hotel where I stayed, the Andaz, was AMAZING.  It’s located on the same block as the PwC building, so there’s a decent deal for rooms there.  I thought that would mean it was going to be standard and formulaic – OH CONTRAIRE!  Seriously swanky – the room is pictured here:

I talked to Larry for a little bit and it was now time to get some dinner – I considered just going downstairs to the hotel’s nice restaurant, and while I was super tired, my love of the city made me want to leave and go to Blue Smoke.  Because reasons.  Larry encouraged me, and off I went!  I ended up taking the subway there and getting in around 6pm.  On a Sunday, that’s pretty damn early and meant NO LINE.  Yay!  Plenty of room at the bar too, so I sat there and got my fix of delicious Blue Smoke, including their delectable mac and cheese.  It’s noticeably a different recipe than what Larry & I fell in love with, but still so damn good.

My view of the Blue Smoke bar from my bar seat

Not that crowded on an early Sunday evening

As you can see, I did pretty good with putting away food.  And that energy burst helped fuel me for what came next: an impromptu walking tour around Midtown!

My journey started at Blue Smoke, and I walked up Park Avenue from there at 27th St to Grand Central at 42nd.  From there I walked west to Fifth Avenue and continued heading north, as I realized I wanted to see 30 Rock.  Gotta say – I think that Sunday may be the last calm time for Manhattan for a great while as the holiday rush is coming.  Believe that!  It was actually a pleasure to walk around.  Sure, there were plenty of people, but NOTHING like the deluge of FTPs that come in starting Thanksgiving.  Ugh.  So yeah, this was a nice walk.  After reveling in 30 Rock, I swung by Times Square and again, not so terrible of crowds.  I even finally climbed up the tkts booth to get a higher view of the commotion. It’s quite a cool view.  After that, it was time to head back to the hotel, and conveniently Bryant Park is on the way.  There’s an ice rink set up and it ends up being a nice place to just sit down and people watch.  So I did that for a little bit and realized I miss living in NYC a LOT.  Always so much to do…in an ittybitty living space (h/t Aladdin).  After that – back to the hotel and glorious glorious sleep.

Grand Central, the Met Life building, and the Chrysler Building

Looking west on 42nd towards more Times Square and MIdtown

Still stunning as ever

The rink is here and surprisingly not too crowded

The tree under construction

The Times Square view from atop the TKTS booth

Made it to Bryant Square and saw their skating rink too

The NY Public Library was across the street from the Andaz

My plans for working out never happened, and I had big plans.  But yeah, no.  It was awesome to have a very short walk to work, and great to see Osman and Dan again, as well as meeting some new coworkers. The kick-off went well and afterwards, we had a good team lunch at a nearby PJ Clarke’s and damn, it was good burgers there.

My work view on Monday – not too bad

So now, I’m back.  The flight back was not a total shitshow, but maybe an almost total shitshow.  I’m hoping I manage not to get whatever the woman next to me had – I made it a point not to engage with her from the start as she was annoying as fuck, but when she came down with something that apparently her whole family had been suffering through the last few days, and disappeared into the bathroom for the majority of the flight, I made sure to desanitize everything I could.  So we’ll see if I end up sick for Thanksgiving.  If so, fuck those people.