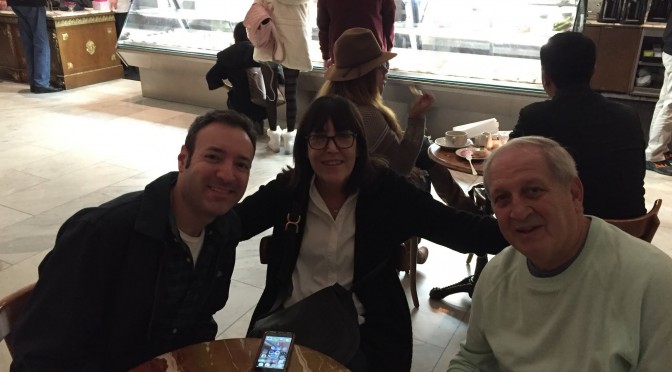 No one should ever run and eat at the same time!  That’s terrible and will likely end in a mess.  But I’ve got nothing else in mind for a post title, so here we are.

Our Yearly Run in the Universal Backlot 5k

We’ve done this run for the last 5 years and it’s been fun to do a challenging run while going through the backlot of a very famous movie lot.  It may be our last run there though as according to an email that Larry says he got, this might be the last one being held on the lot.  Not sure how true that is, but if so, that’s a shame.  It did seem a bit less crowded this year than in previous ones, so maybe something did change?  Anyway, I think both Larry & I did pretty good: 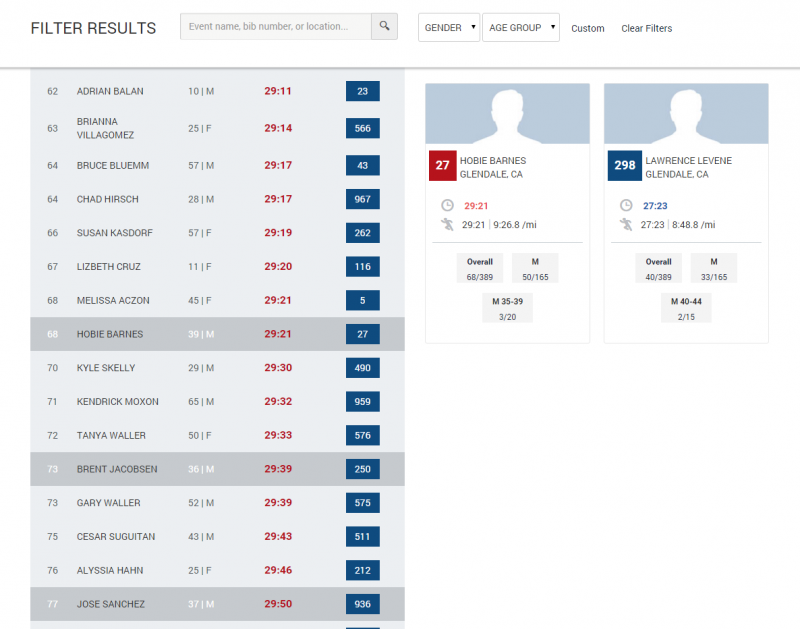 That first hill is still a horrendous bitch and maybe that’s why people stopped coming?  As to get beat down right at the get-go can be a bit demoralizing.  But it’s honestly better to get it done right at the beginning as the rest isn’t nearly as challenging in comparison.

Doing this 5K helped reinvigorate a desire to do more 5Ks so I guess that’s good?  It was so damn cold that morning though – it’s great to have briskness when running, but it was fucking cold.

At the Back to the Future square before the race

Looking toward the starting line

In other news, Fran & Joel left to go back home yesterday.  We got to see them again on Friday and Saturday, with fantastic dinners both nights.  On Friday night, it was a birthday dinner for me at Bourbon Steak.  Wonderful food if not the quickest of service, but we weren’t in a rush so it was not the worst thing.  Saturday night we went out to Sherman Oaks to have dinner with Fran’s cousin Kathy and Kathy’s husband Fred (who happens to also be Larry’s GI doctor – it’s good to have doctors in the family!).  The next day though they flew back to Jersey while we did a 5k in the early early morning.  Oof.  Hopefully we’ll see them soon and before the wedding!

On that previous Tuesday night, Larry & I met up with Fran & Joel for dinner in the city before they headed down to Dana Point/Laguna Beach for a midweek vacation.  I was in DTLA already for work so I just walked down to meet her while Larry had to navigate the worst traffic of the city to get there, but he did get there!  Ah, Bottega Louie.  Such a great place for food.  Swanky, loud, and pretty damn impressive and trendy – and awesome delicious food and dessert.  Mmm…..

Waiting for our table at Bottega Louie