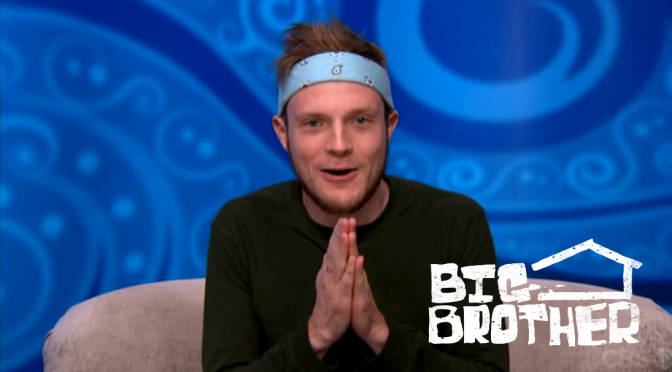 <–Previously, Vanessa’s Power Trips Are Back!

I love that I’m censoring my headlines.  Children may read this!  Anyway, the John of this last week is just kind of awesome.  He’s not stressing about a damn thing and is willing to say and do whatever – even if it’s clearly not in his best interests to do so.  But look at what happened during this very entertaining episode:  John’s safe and a huge target just got sent out the door.  That’s some effective chaos!

I didn’t think that the eviction was going to be a surprise but sure enough, everyone was caught completely off guard by Julie’s arrival on the television.  From that immediate point on, I was loving this episode as everyone was all ratty and disheveled, and completely unprepared for making their case as to why they should stay.  This kind of episode needs to happen more often, I say!

Vanessa is ready to take John out of the game, and everyone is on board.  Even Steve reassures Vanessa that he’s okay with the move, although it’s more out of preserving his gamelife than anything else.  But John starts up his first bit of chaos this episode by throwing out an idea to Liz & Austin:  he’ll throw the Veto willingly to them if they think about keeping him and using him in the Final 3 and break any deal they have with Vanessa.  They kind of humor it, but as soon as John leaves, they immediately tell Vanessa about this insane deal.  She’s all for it! Unfortunately, well, that doesn’t happen! 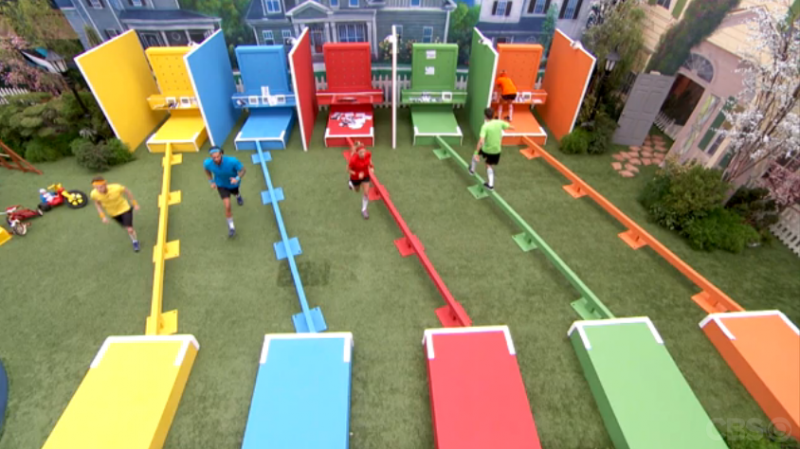 I will spare you the sponsored ad placement recap about CBS’ upcoming new comedy, Life in Pieces, starring a whole bevy of familiar faces, including Dianne Wiest!  Anyway, this Veto required the houseguests to assemble the show’s poster on a magnetic puzzle wall.  Only thing is that you have to keep running back and forth to reset your timer before it expires or else your wall will de-magnetize.  In other words, this comp is hard and will piss you off. 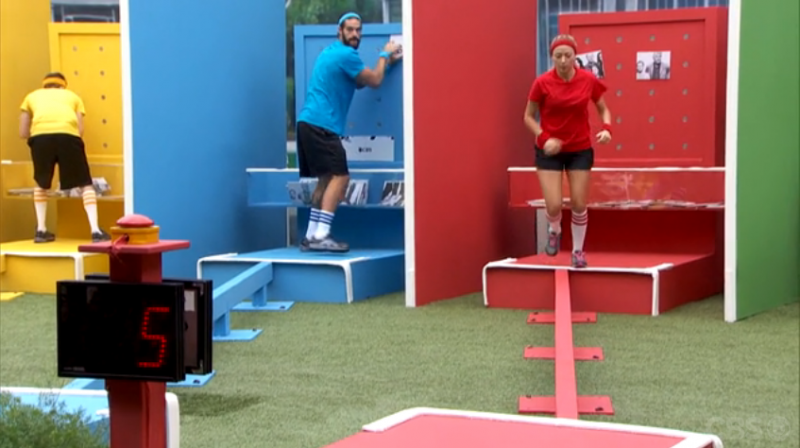 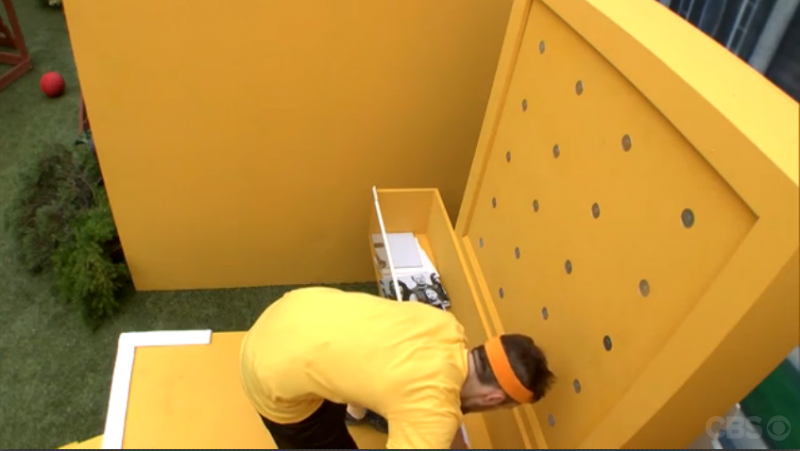 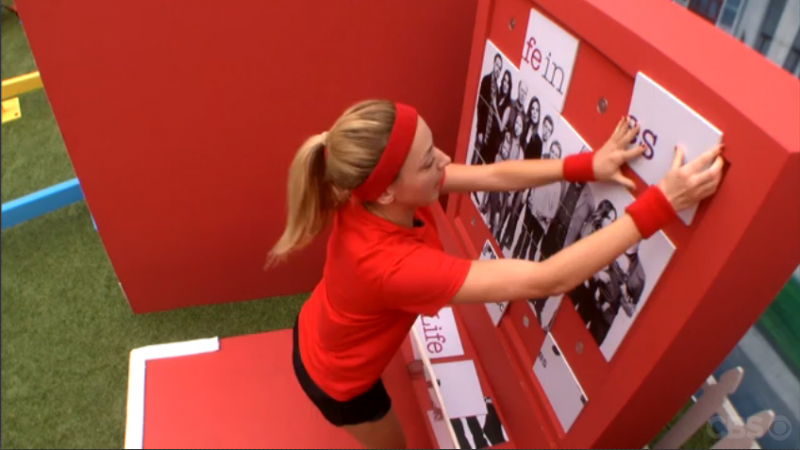 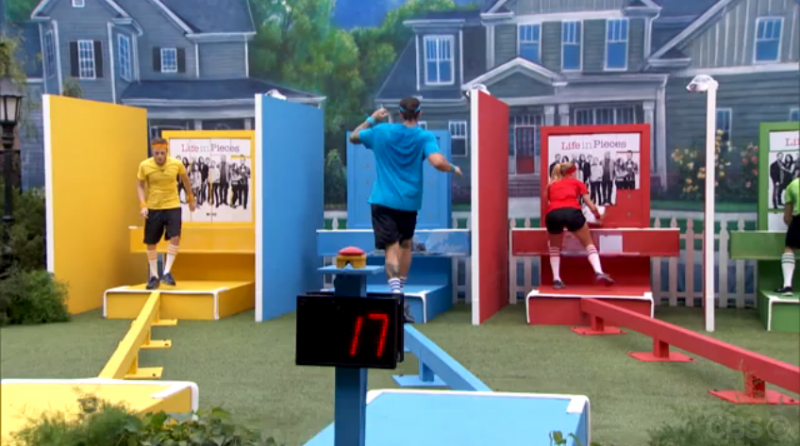 Vanessa gets almost immediately disqualified from the competition as she didn’t pay attention to her timer at all. If you let the timer lapse for more than 10 seconds after it zeroes out, you’re out – and she got so caught up in the puzzle that this happens to her. D’oh!  Talk about pulling a Julia!  I kid, I kid.

Anyway, John tells us that he’s totally willing to throw the Veto to Austin or Liz if they look like they’re about to win the comp, but if Steve is closest to winning, then he won’t.  Sure enough, Austin is a non-factor in this comp and while Liz is pretty good, Steve is better.  John is even more better though as he assembled his puzzle in the trough just to be ready for any situation.  Once he sees Steve pulling ahead – time to execute the win. 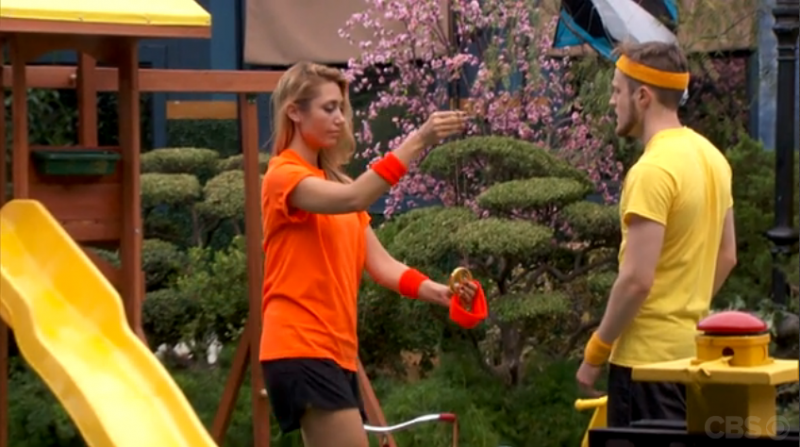 Vanessa is positively thrilled that yet again, her HoH doesn’t go according to plan and she’ll have to bathe in gallons more blood now that she’ll likely have to put up Austin or Liz as a replacement. 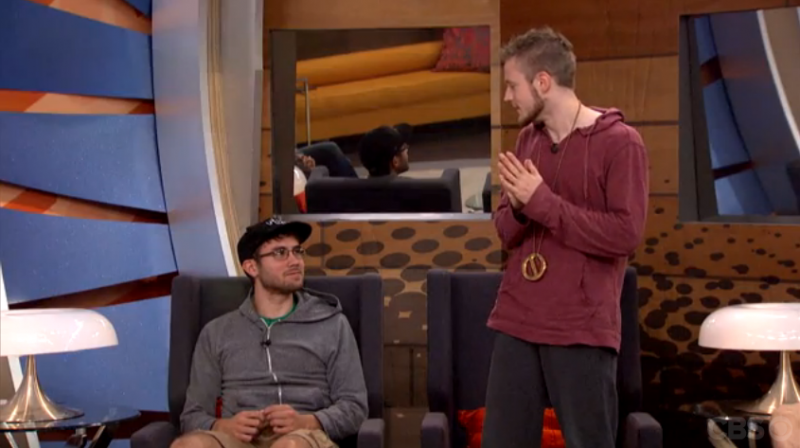 It’s no surprise that John will wisely use the Veto on himself.  Now it’s time for Vanessa to start the downfall of Austin: 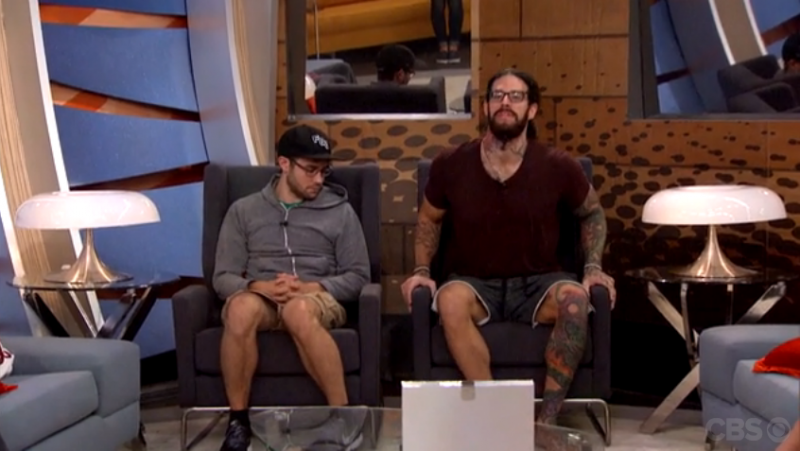 Declaring that since Liz was up last week, it’s only fair that Austin gets put up on the block this week.  This basically seals Austin’s fate, but there’s more to get through, so cool your heels.

Can Johnny Mac Be Reasoned With? 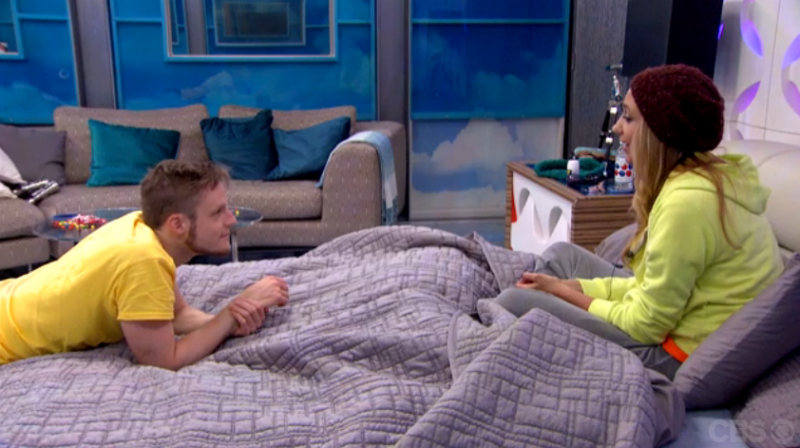 Vanessa laughs at the fact that John’s game is completely and utterly without rhyme or reason.   They talk out what can happen next and both agree that it would be pretty stupid to go the Final 4 with a Showmance intact.  Vanessa insists that she is completely on board with a John-Steve-Vanessa Final 3, which John happily agrees to. 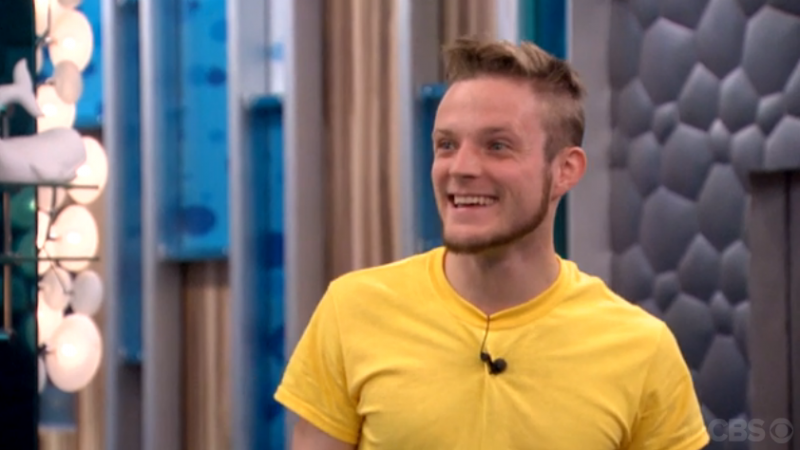 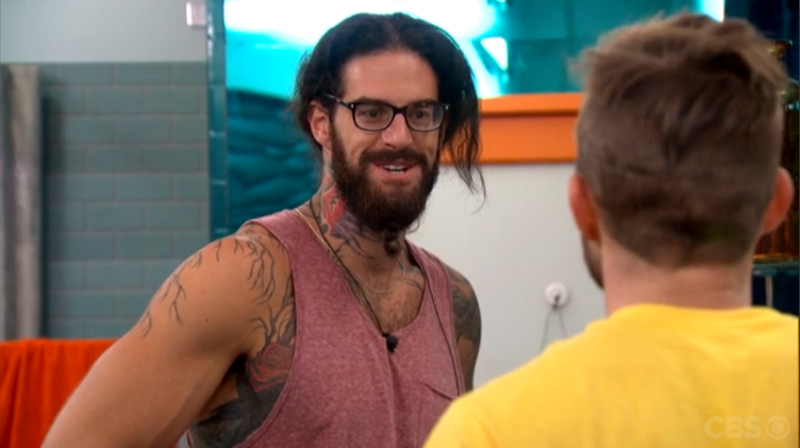 But!  John isn’t so sure he wants to do anything that would look like Vanessa’s bidding.  So off he goes to talk to Austin about solidifying a Final 3 deal with him and Liz and gleefully declaring that it’s insane to want to go with a Showmance but he doesn’t care and wants to – Austin is of course more than happy to oblige, but has valid doubts about this happening.  He’s still a little raw at John not throwing the Veto as John had offered, but come on, Austin, that would have sealed John’s fate and he knew that.    Stop being so literal. 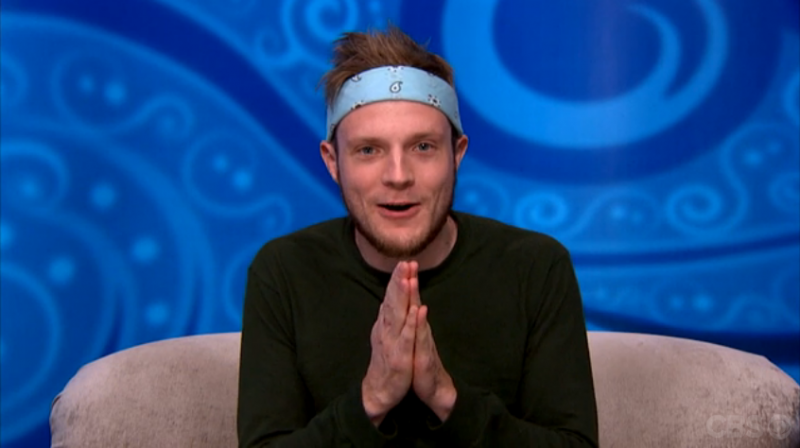 With John’s gleeful vote to “Lady” Julie Chen, he excitedly votes against Austin, which makes it a tie.  Vanessa is now on the hook for evicting someone to their face.   Will she go with her oldest ally, Austin, and save the Showmance, or will she take her chances with a looser collection of individuals that she has a good chance of beating? 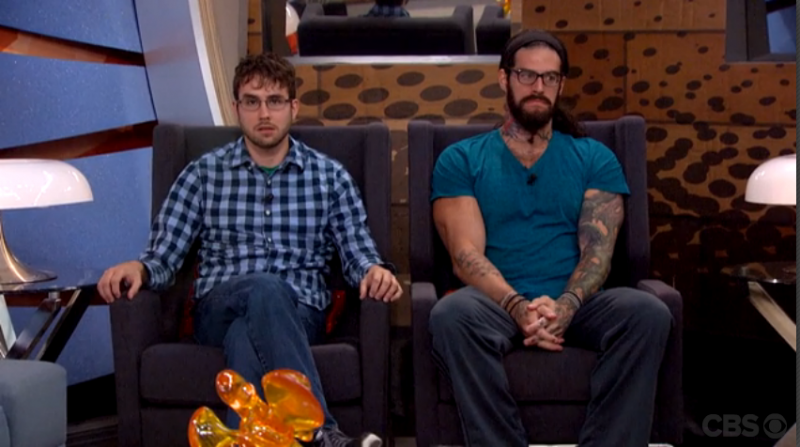 When Austin hears there’s a tie, he gets a bit nervous.  Obviously there was still hope that John wouldn’t force a tie, but John clearly decides to make Vanessa into Public Enemy #1.  Good for him, as she has certainly earned it. 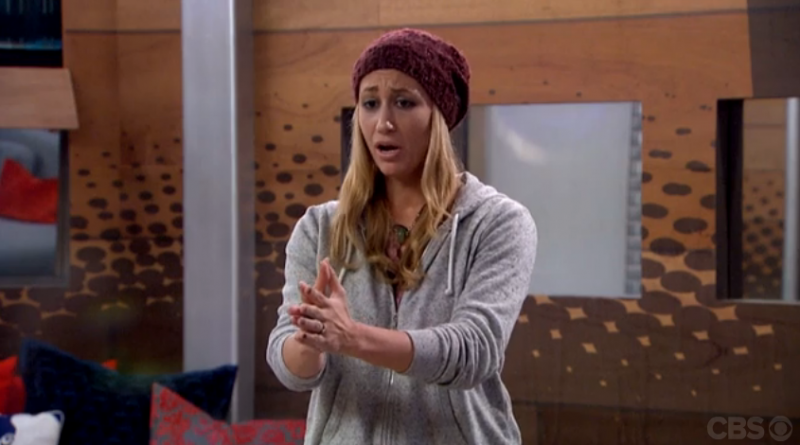 With some sorrow in her eyes, Vanessa claims this is all a game move and evicts Austin to his face. 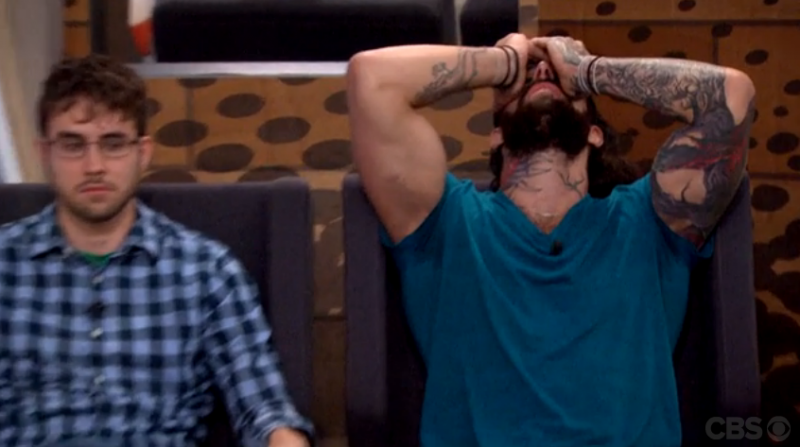 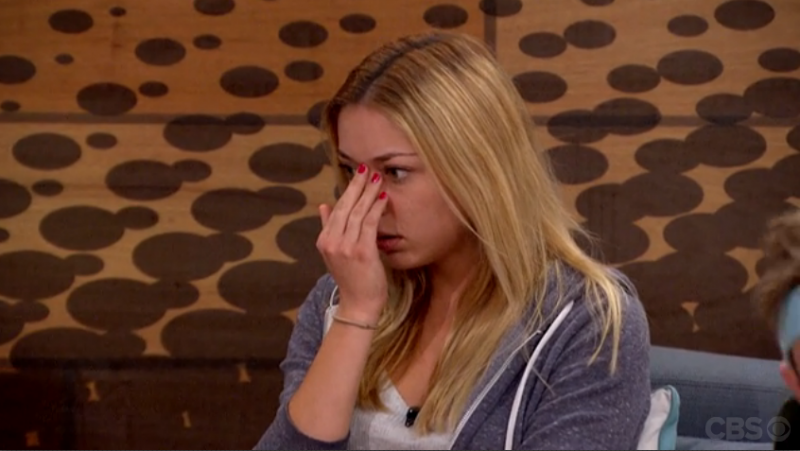 They weren’t expecting all this to happen today, that’s for sure.  Austin is for sure the most surprised of them all, but in hindsight, it’s clear he had to have seen this coming as a possibility.  Come on.  He even knew it would be crazy for a showmance to last all the way to the end! 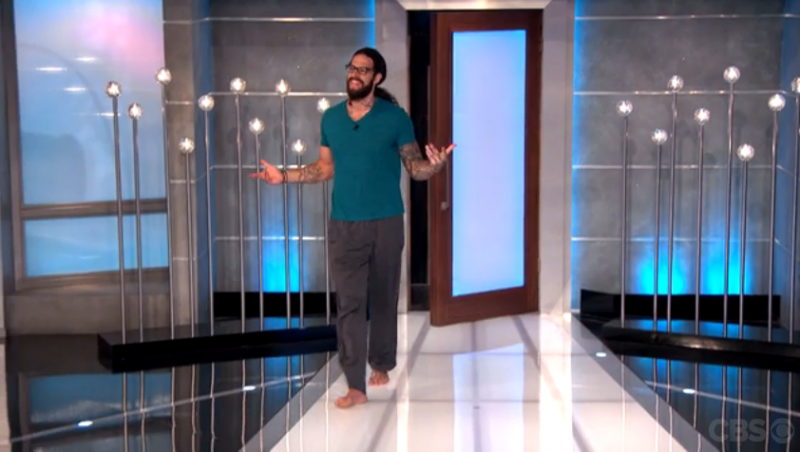 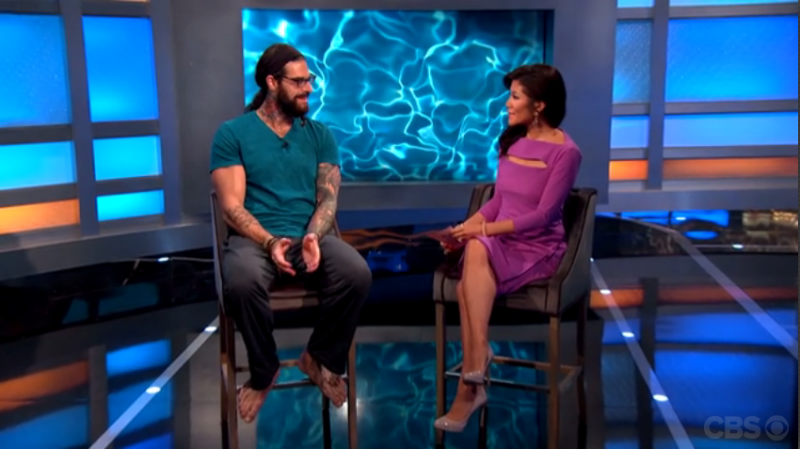 So falls one of the bigger players (in all meanings of the word) this season.  He was taken out pretty epically and brutally, but it made for a great episode.  He’s freakin’ barefoot.  That tells you all you need to know about how safe he felt!  He tells Julie he expected to win.  What I did love was the confirmation from Austin when he left the house that Vanessa has no chance of winning the Jury Vote – I have said that previously and obviously agree.  I can’t wait to see if that’s true!

Let’s Have A New HoH 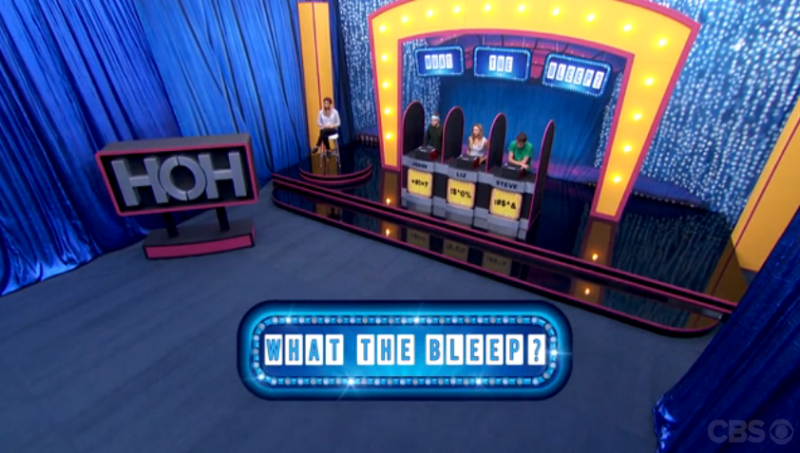 Does Vanessa have a chance going forward?  I wonder if it would have been better for her to have not won HoH this past week so she could compete for this guaranteed Final 3 spot?  Probably.  We’ll see though if next week she’s sitting in the Final 2 – and this point doesn’t matter. 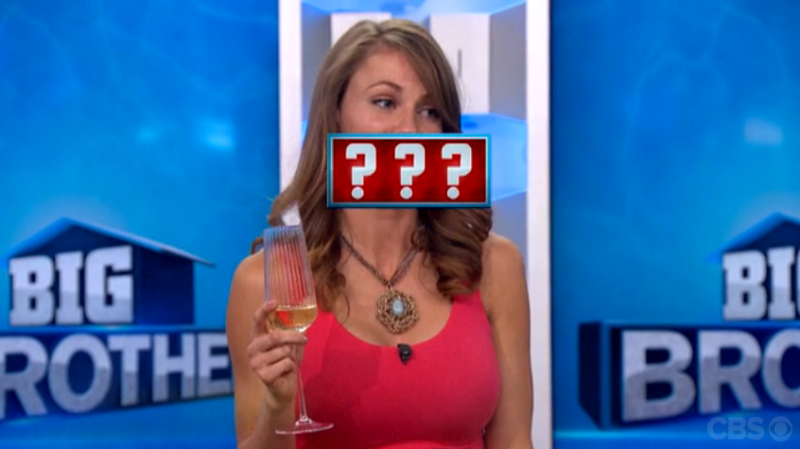 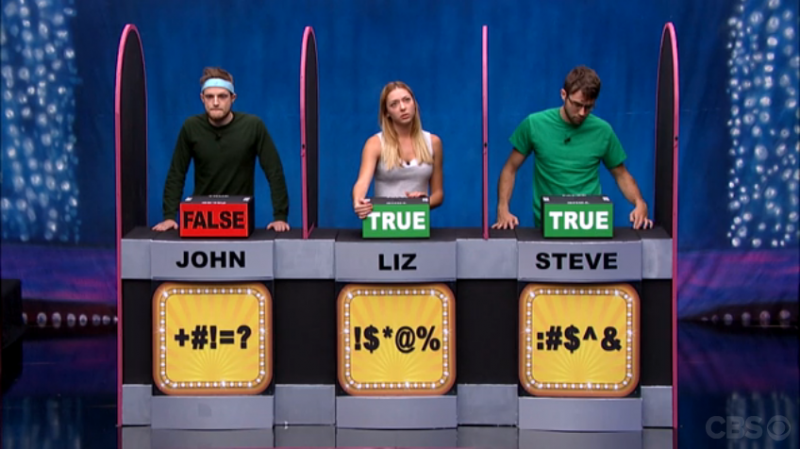 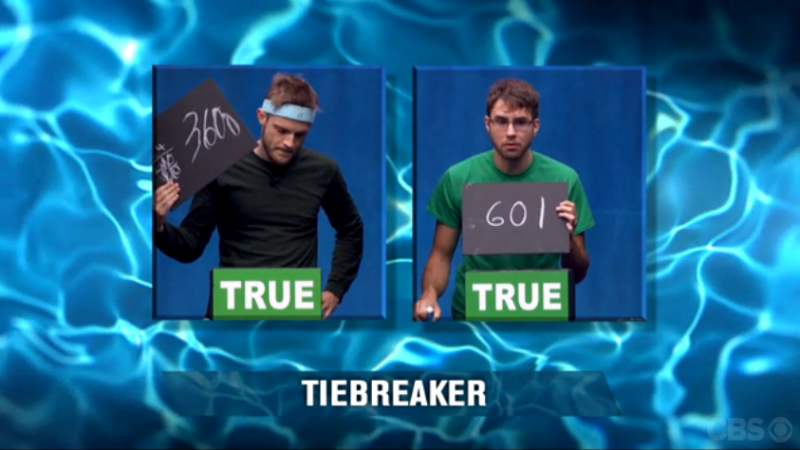 This was a pretty entertaining challenge, as houseguests’ statements were strategically and hilariously bleeped and they had to guess if the answer that Julie says is True or False.  Whoever led after 7 rounds wins – and John & Steve end up tying.  We finally get a chalkboard tiebreaker!  Steve wins, and it seems accidentally as he says he forgot a 0 in his answer!  Well, good on Steve, and I am very interested to see which path he goes down tonight. 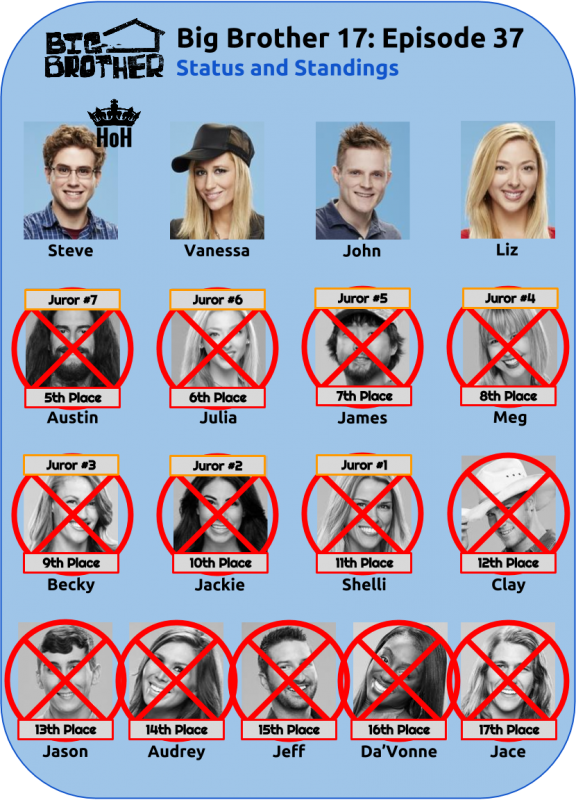 Can’t believe how quickly this last week is going to go in the BB House.  I honestly don’t know who will win, but I’m still pretty sure that Vanessa has a hard road to victory, even with her impressive record.  Who will go home tonight?