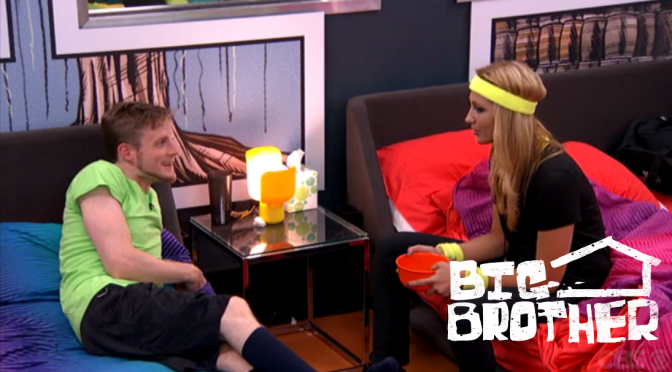 What an episode! There’s a whole alliance that seems to be secretly forming and if it was anyone but Vanessa holding it together, I’d totally think it had a chance of being a long-lasting and effective means of defeating the Austwins and getting to the end.  Alas, it is based on Vanessa keeping her word to Steve & John, and as we all know, Vanessa’s word really isn’t worth shit.  Not that I blame her, but if you put faith in Vanessa keeping her word to you, you’re the fool.  But in the meantime, things were at least interesting this episode! 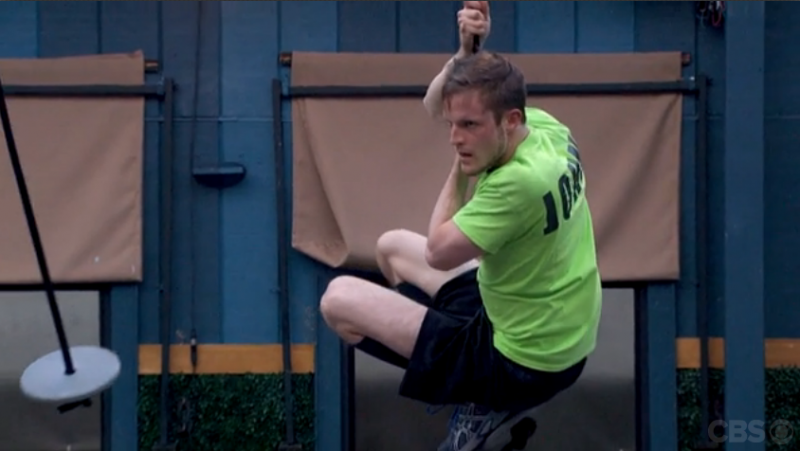 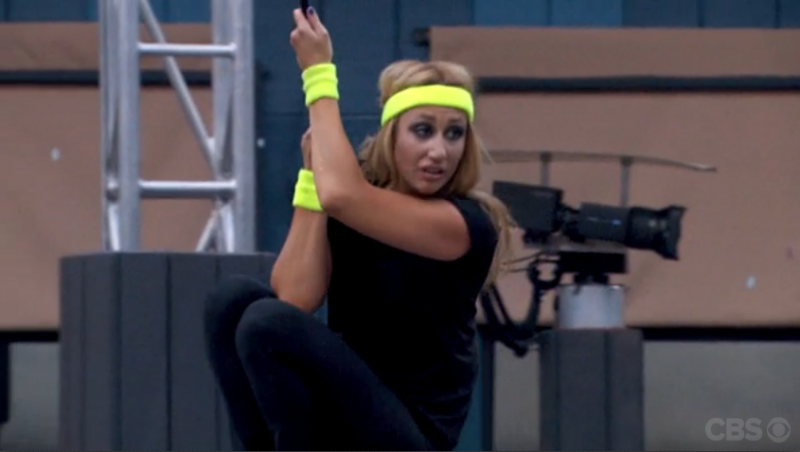 I really thought Jackie had a strong chance at being the one to come back with this, but of course she falls off first, followed soon by Becky.  But I will give the jurors credit – they outlasted absolutely everyone else except for Vanessa!  Shelli ends up falling off next, meaning John is the juror who will get to return to the game.  I wasn’t excited about his return as I thought it would just be more of the same, but as we soon learned, Vanessa was making deals. 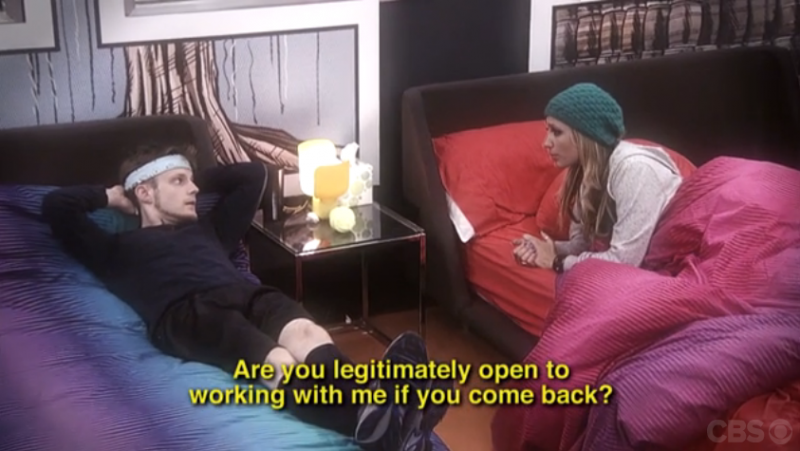 Wise move on her part – she now recognizes that while she does enjoy working with Austwins, there’s no way she’s ever going to be more than 4th place with them.  So start making some deals with those in the house – and first up was Johnnie Mac before the Eviction, as well as Steve.  All is forgiven when $500K is on the line!

That sounds worse than how I intended, but she really did do a pretty good job of not only lining up a side alliance, but in also breaking up the Brass Tacks alliance! 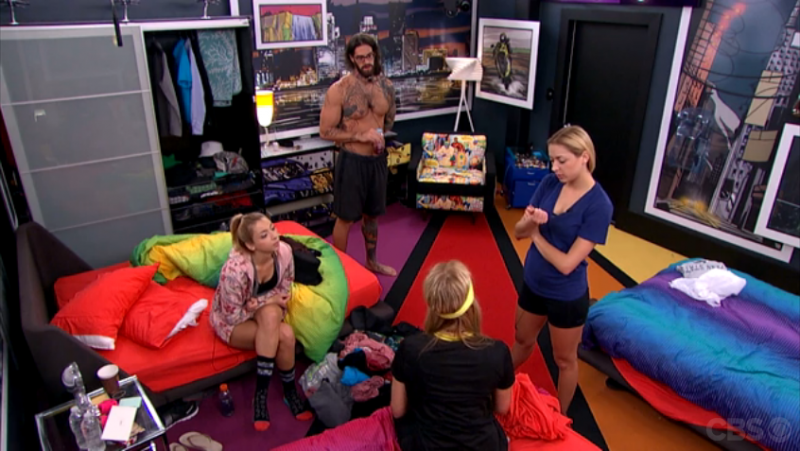 I have to wonder why the Austwins were so ready to believe everything Vanessa said?  I guess if you’re looking for any reason to distrust someone, why not believe?  But still, they just came around from wanting her out and now Vanessa tells them that James mentioned to her that he has no problem voting the Austwins out because it’s a game?  Is that really so surprising?

Anyway, tangent:  I had to laugh at how enraged Liz & Julia were that John returned into the house.  Liz was positively shaking with rage thinking about his presence. 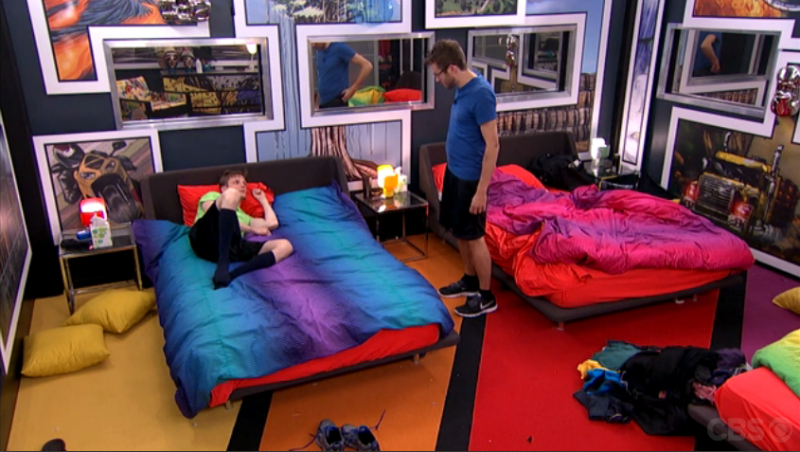 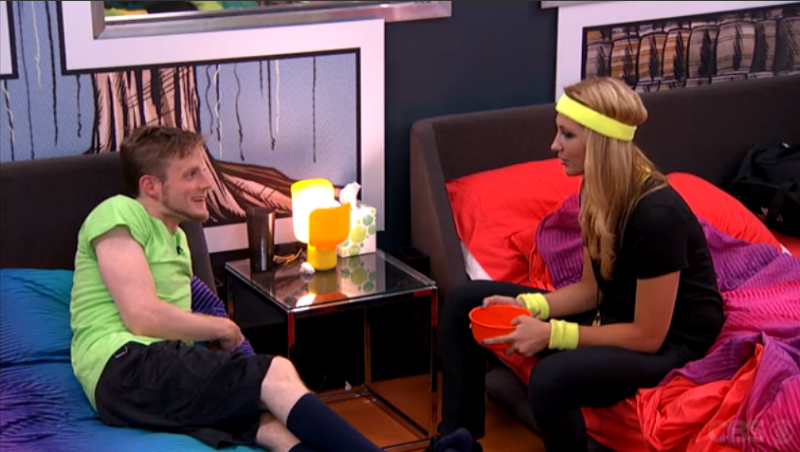 So yeah, Vanessa made an alliance with both Steve & John to help improve her odds in the game.  Not too shabby a plan, as they’re all pretty good competitors, and if everyone thinks you’re with them, then great!  That does mean Meg & James are kind of fucked though – and that’s sad and all, but completely on them.  They became a well-known and likable duo, and as the lines have been currently drawn, way too easy to target this week. 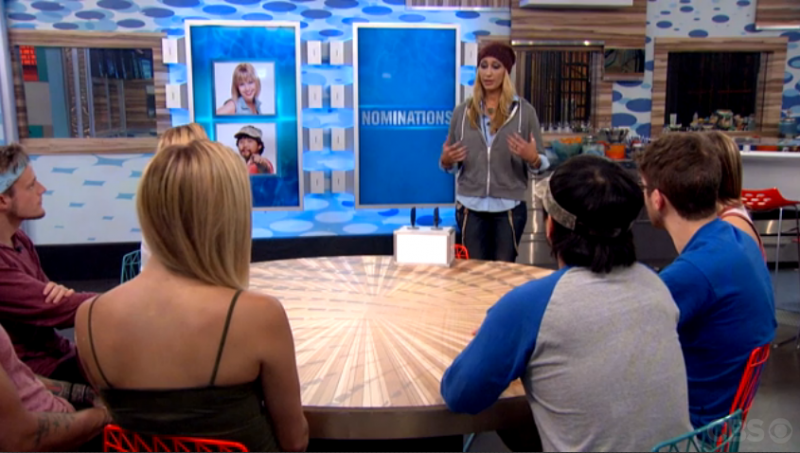 I really don’t see a path out where Meg or James don’t leave this week.  Sure, something dramatic could happen to make someone else public enemy #1, but I’m not thinking that’s very likely. 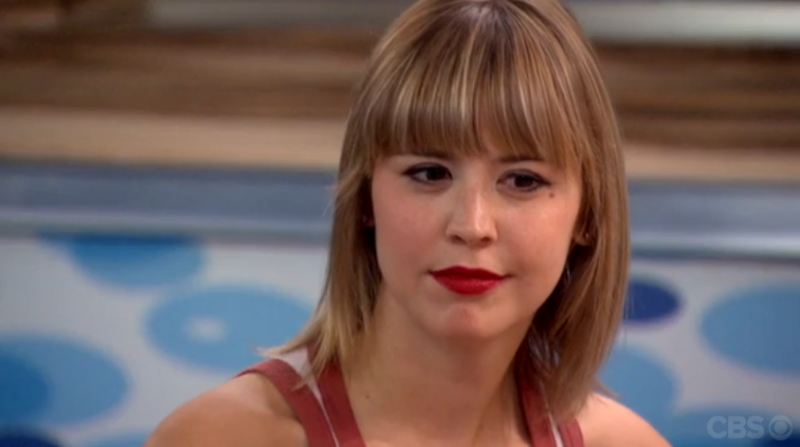 And here’s when Meg realizes that their conversation with Vanessa was absolutely useless – when she offered to hear anything that Meg & James had to say about the Austwins, they had nothing.  Little did they know that was their only chance to be safe or to influence their fate.  Oh, bringing up that deal you made with Vanessa probably would have been a GOOD idea, James.  I really can’t believe you wouldn’t bring that up.  It’s the home stretch and any duo will be considered fair game – hells yeah you bring up that deal about not getting nominated before the Final 7 AS WELL AS another houseguest of your choice.  How could that hurt???? Because now?  You’re on the damn block. 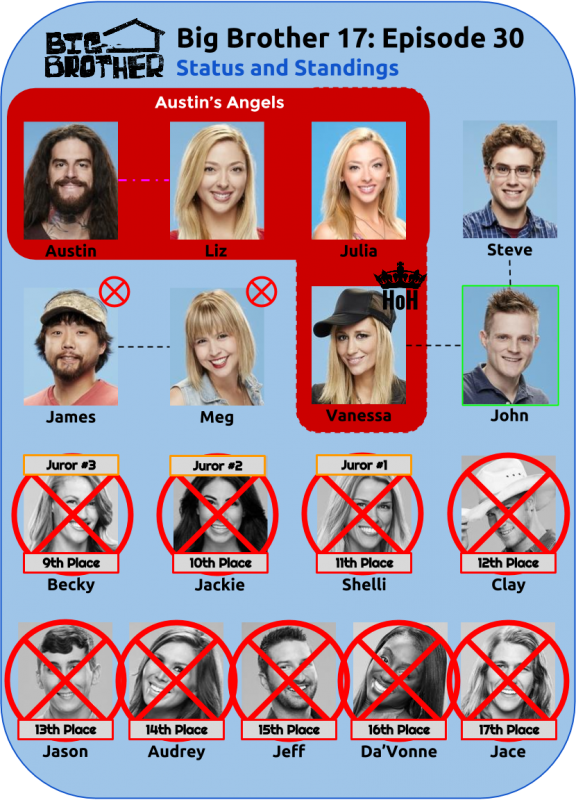 We’ll see if there’s any crazy shenanigans tonight around the Veto – I’m thinking not.  Vanessa may talk a big game, but I don’t think she really has any plans to make the house a super crazy place this week.  The only thing that has a tinge of controversy for Austin’s Angels is that John wasn’t nominated immediately, but I think Vanessa made a good argument for getting James out.  Not that I like it, as I have grown to like James a lot, but it definitely kept Vanessa in the clear.

Next, James Pulls Out An Epic Veto Win –>