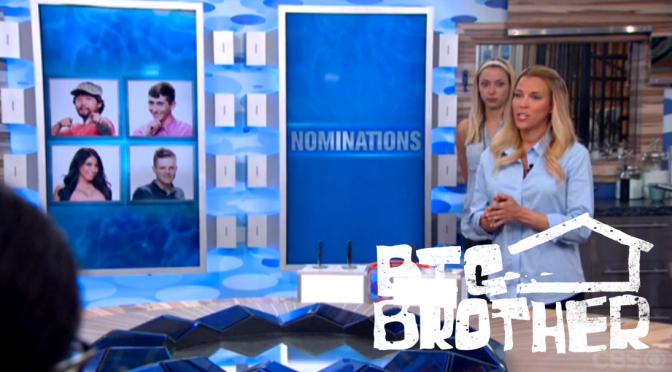 <– Previously, Jeff’s Tears Can’t Save Him

Is it just me? Â This season is really light on anything exciting happening. Â Clay, while hot, is a total non-entity in the game. Â Jason, the heir-apparent to Frankie, is the epitome of a floater. Â Meg, Becky, Steve & Jackie might as well leave the house – no one would care or notice. Â John is yet again a pawn and doesn’t do a damn thing about it except continue talking like Bobcat and being weirdly funny all at the same time. Â Austin creeps me out. Â I like Liz and Shelli, and Vanessa has her moments, but after she stopped being HoH, she receded into the background almost immediately. Â It’s like, what the hell, people? Â What even happened to the Big Brother Takeover this week? Â 90s week? Â Seriously?

I do sometimes rail against producer interference, but seriously, something needs to happen or this season is going to down the tubes just because it’s booooring. Â Anyway, what happened? 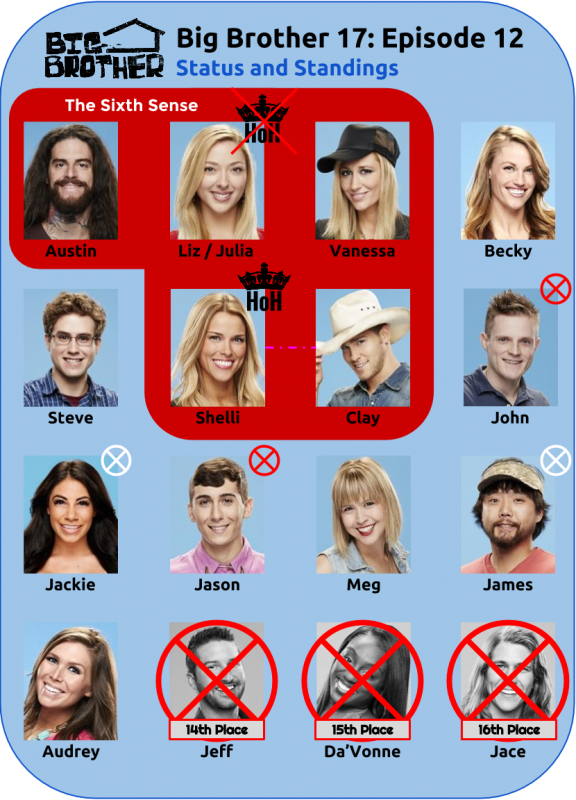 I still like my drawings. Â But please, Big Brother producers, give me a reason to care about this show. Â You managed to pick obscenely normal and unexciting people. Â That’s great for real life, but this show needs some crazy. Â It needs some crazy, STAT.

Next, Audrey is FINALLY nominated –>