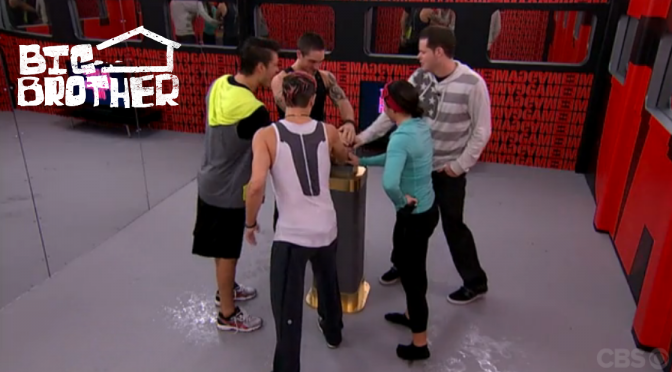 What with the BBRewind button being pressed, this week has very little meaning. Â My headline up top is a touch inaccurate as all the actions and drama that results from anything that happens this week WILL impact how the re-do week is played. Â Frankie certainly knew he needed to be worried this week, but if Cody makes aggressive moves this week and if the Veto gets used, more potential enemies could be mobilized to really go after Frankie. Â Again, Frankie was already a target, but when people are motivated, the results somehow get better. Â Long story short: Â Frankie is fucked. Â I guess we’ll see on Thursday!

Damn, She Got Booed! 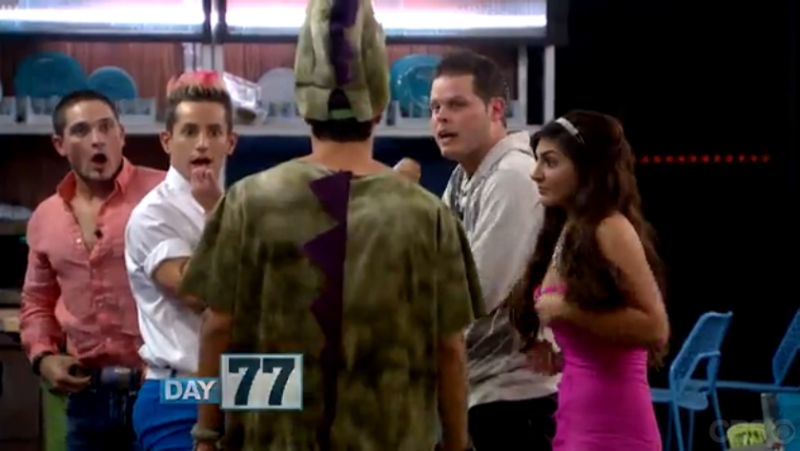 Those walls aren’t soundproof at all, are they? Â The boos were loud after Christine left and everyone was stunned. Â Everyone was quick to guess the reason, with most immediately thinking that Christine must have been talking infinite amounts of trash in the DR. Â  It’s not until a little later when Frankie seems to accurately hit on what the true reason was, which was the perception of Cody and Christine’s relationship. 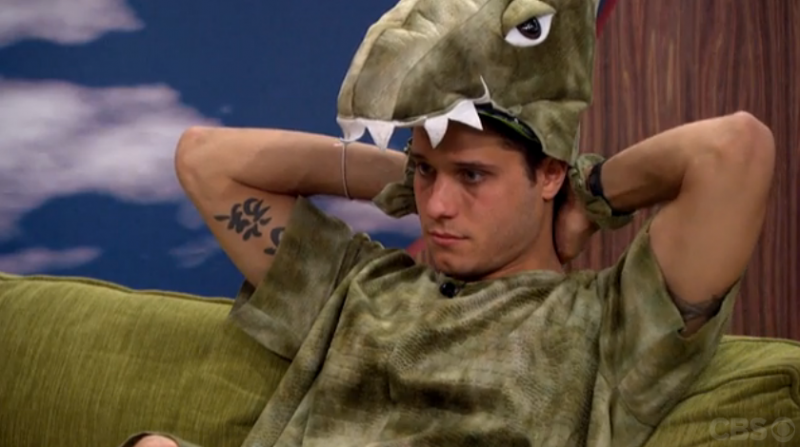 Cody disputes that assertion and hopes that isn’t the case, as Christine never did anything, nor did he, to justify the reaction. Â But Frankie points out that when you’re married, there is an element of “you shouldn’t be doing that.” Â From my perspective, I can agree with Frankie’s thoughts on the fact that the “married” tag could sway opinion, BUT! 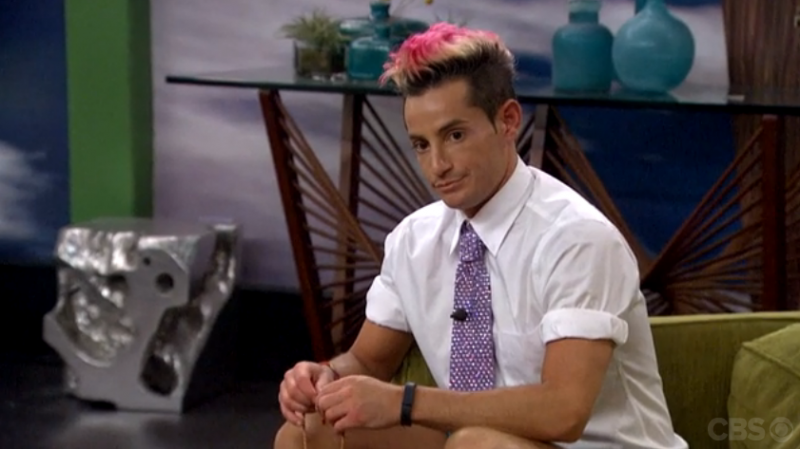 Â It’s still a game, and likeÂ Survivor, what you do in the game doesn’t directly translate to how you live your real life. Â Cody sticks up for Christine while also hoping he’s not going to receive the same booing from the audience. Â Believe me, I’d be shocked senseless if Cody receives anything but wild applause – he’s a cute guy! Â Fucking Jeremy of last season was hot, but completely repugnant and a belligerent asshole, yet when he was evicted? Â Scarcely a boo was heard in the CBS studio. Â Anyway, moving on – but wait! Â I ended up watching the CBS.com live chat with Christine this weekend and Jeff didn’t ask Christine about the damn booing at all!! Are you kidding? 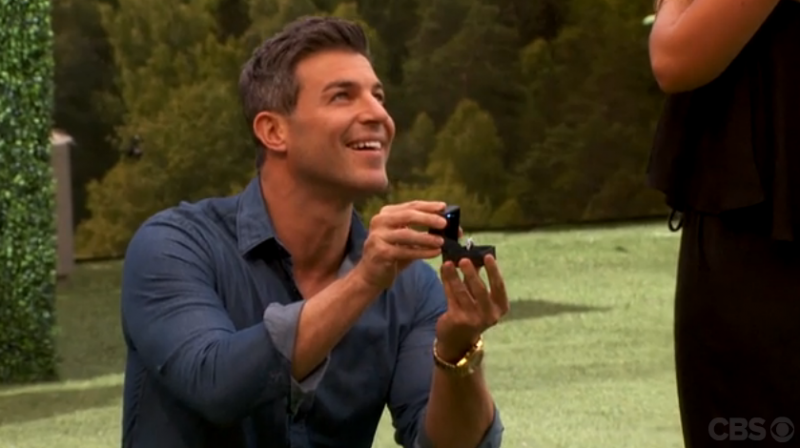 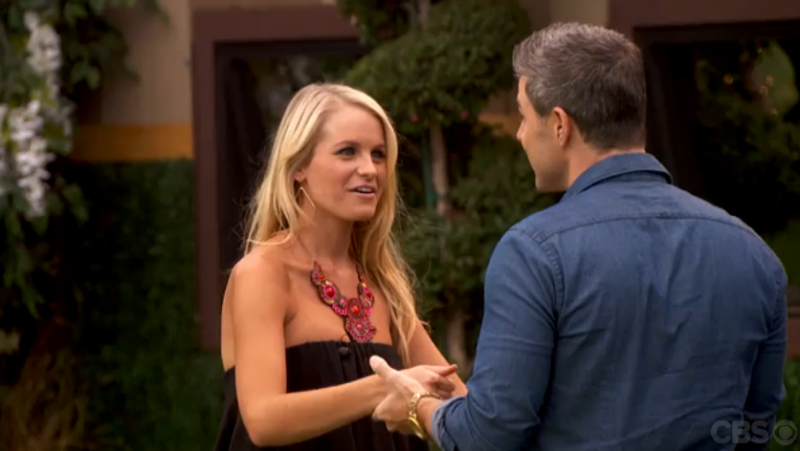 It was a sweet moment and a smart place to pop the question – FINALLY. Â He’s still amazingly handsome and Jordan still has that charming and innocent persona which was key to her success in the game. Â I’m glad they’re together and had this moment, and wish them much happiness. Â I just hope that their inevitable children are raised with a bit more open minds than Jeff displayed in his season when he ranted about Dumbledore being allowed near children in Hogwarts, because he was gay. Â Because you know, gay = pedophile. Â FUCKING MORON. Â Enough said about that whole segment, as it was irrelevant to the game. 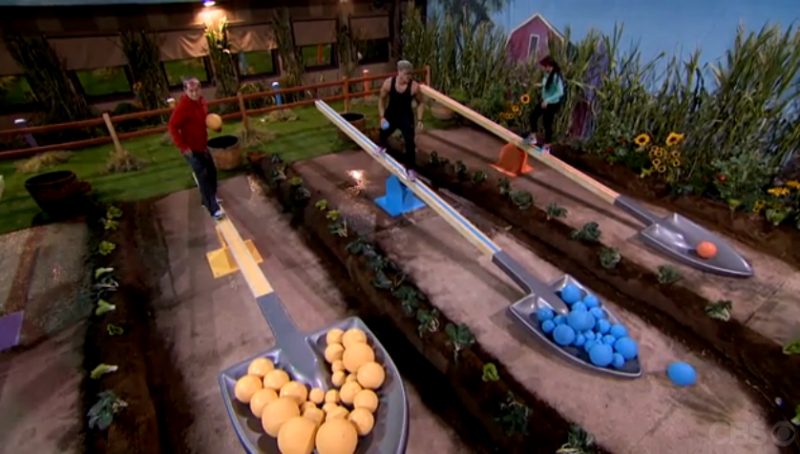 I guess it wasn’t technically meaningless during the competition, as the BBRewind button hadn’t been made available for pressing yet. Â But still. Â All the drama of Frankie and Caleb having a really close race to the end and Frankie knowing he HAD to win to remain safe and then Caleb whiffs it at the very end and Frankie is allowed to 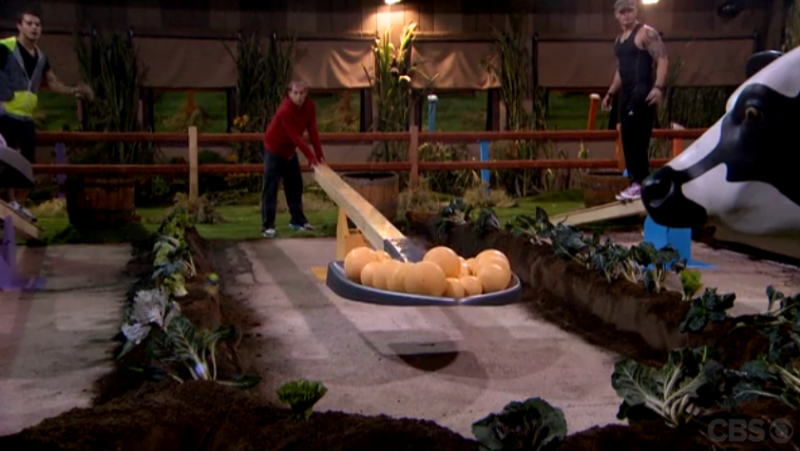 compete calmly and slowly to win the HoH as absolutely no one else was close as Victoria couldn’t keep even one ball on her shovel and Cody was only slightly ahead of her. Â Whew, that was a long sentence. Â So Frankie wins HoH and thinks he has power!

Alas, That Power is Short-Lived 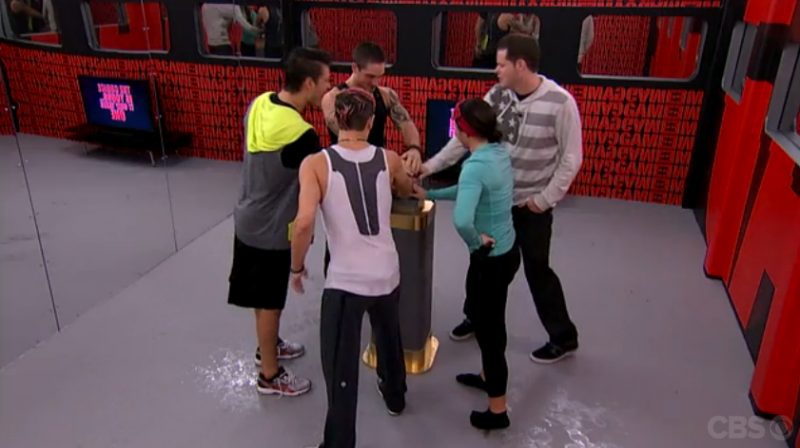 After the HoH Competition, all the houseguests immediately rush back to the Have-Not room (now the BBRewind button room) and see that the button is available for pressing. Â Frankie & Cody are all about pressing the button as you don’t playÂ Big Brother and not embrace the mystery game move. Â Derrick is rightfully weary of doing it but recognizes as a fan that you have to press. Â Caleb is all over the place and is paranoid about the inevitable fallout. Â Eventually, they all decide that they can’t miss this “opportunity” and press the button together. 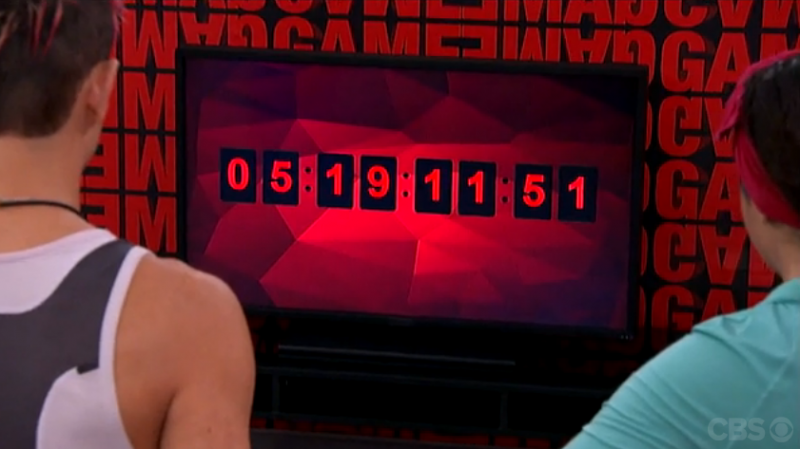 They immediately get presented with this countdown clock. Â At first I figured it has to be obvious what this was a countdown to (Thursday) but then I’ve remembered since that the houseguests don’t know that because of football, the show has been accelerated a day. Â So this countdown should correlate to Wednesday’s live vote when we the audience know that the BBRewind will kick in. Â The one thing I’m intrigued by is how this whole Rewind will be executed. Â Will Julie literally wait until saying, “Cody, by a vote of 2-0, you have been…..” and then some dramatic music kicks in? Â I hope so, as that would be awesome. 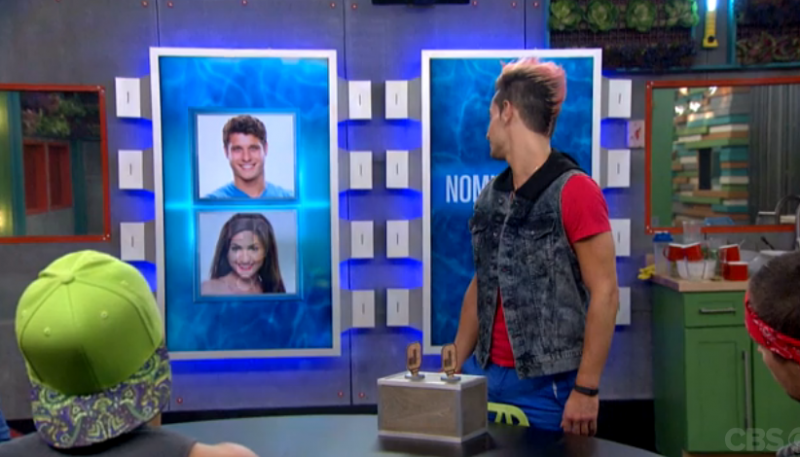 Frankie is well aware of who he can trust and Cody is on the bottom of that list. Â It still amuses me that no one sees that Derrick is the true threat, but that’s besides the point. Â Cody and Victoria get nominated, and while Caleb thinks the Bomb Squad is getting ready to make this house Full Bro, Cody knows that he is fucked unless he wins Veto. Â No one is getting rid of Victoria. Â No one. Â  I’ll be interested to see what drama arises during this meaningless week – I hope it’s juicy, good drama. Â As good of drama as it was to see Caleb stroll in in his underwear. Â DAMN. 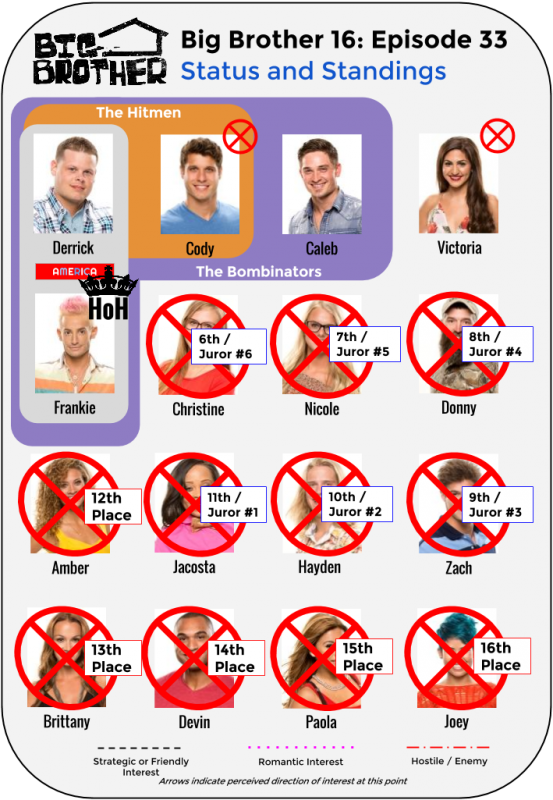