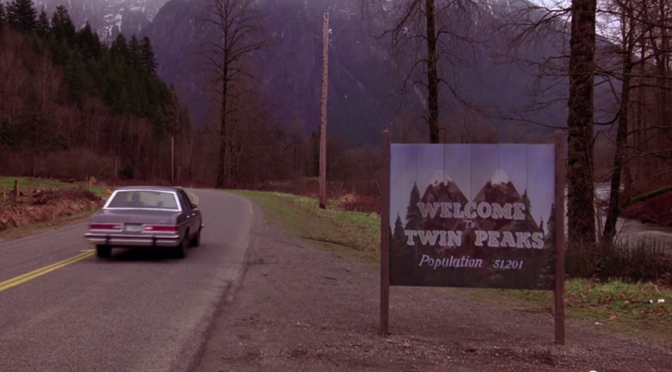 Don’t get worried – this post has nothing to do with my emotional state beyond the utter joy I’m feeling at the fact that everything is coming up Twin Peaks this month!

First, I got my copy of the book, “Reflections: An Oral History of Twin Peaks” by Brad Dukes.  I’ve read just the first few chapters today and impressed at how well the book draws you in.  It’s written as spliced transcriptions of interviews he’s done with almost everyone involved with the show; the notable exception is David Lynch, BUT with all the other perspectives, it’s still quite the read.  It’s got ABC executives and talent agents giving their side of the story while extensively talking with cast and crew.  Mad props to the author, who is pretty cute which doesn’t hurt.  His own site is pretty fascinating to delve into; lots of interesting interviews.

And in 20 days, the damn Blu-Ray of the entire series and Fire Walk With Me comes out!!!!  Still can’t believe it’s a real product and that the legendary deleted scenes are part of it.  Yet again, here’s the teaser trailer for the Blu-Ray, along with the formal release trailer;  I can’t stop watching the teaser:  “I’M HUNGRY!!!!!”  — The Pink Room music — “Questions in a World of Blue” playing…..I love this series and movie so much!!!

In possibly related news, I think a trip we’ll be taking this year will be likely focused on Seattle and Vancouver….if so, I will probably insist on one night being spent in the Snoqualmie area so I can do a pilgrimage where much of Twin Peaks’ pilot was filmed.  It would just be so damn epic.