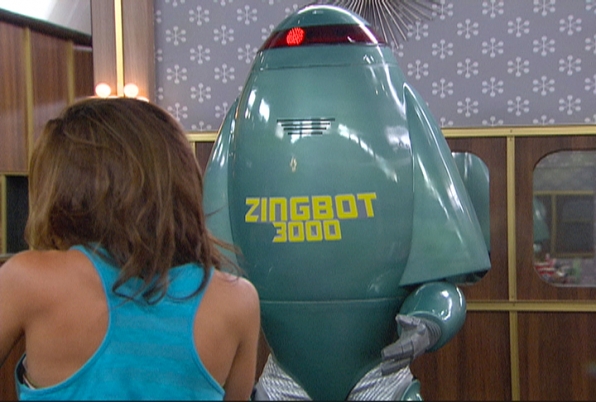 This episode was rolling right along towards the inevitable outcome and bam, Amanda decides to win something, effectively doing the one thing she was highly unlikely to do and save both her and McCrae. Â I’ll give her props for doing so but I was actually very excited to see McCranda broken up. 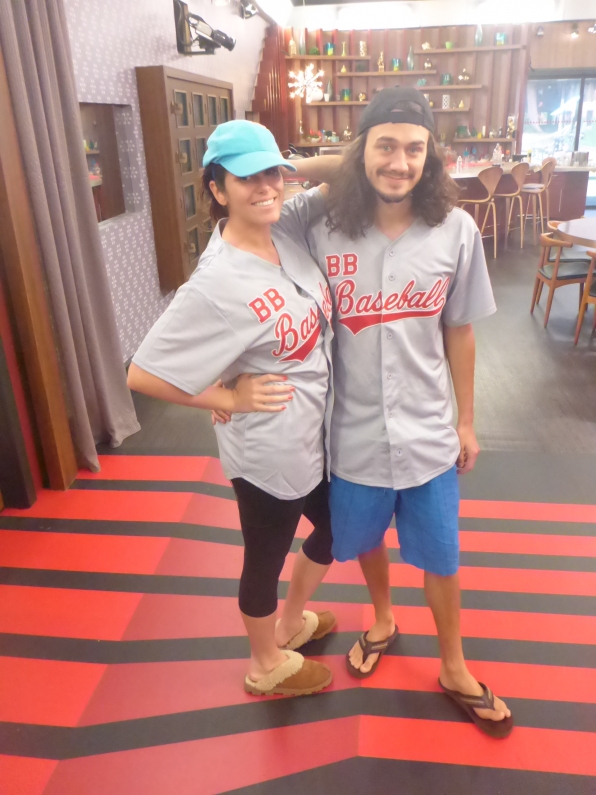 I admit I was excited by the fact that Elissa not only won HoH this week but also put the 3AM alliance on the defensive. Â Even more, it was great to see a powerhouse duo have to scramble. Â I never expected Aaryn to stay the target as honestly, when you have the opportunity to break up something like McCranda, you take it. Â In this episode, Elissa wisely decided to take it. Â So there was plenty of drama around that decision and then seeing Aaryn jump on board as well as Judd and GinaMarie (BTW – whoever said that GM is a walking Cheri Oteri impression could not have been more accurate) and all it was going to take was just making sure that the one person, the one person: Amanda, not compete or at least not win the Power of Veto. Â Then of course, she does.

Am I hypocrite for not enjoying that yet again, the best laid plans of those in power went to shit? Â I guess. Â But I really am not rooting for Amanda and McCrae anymore. Â Amanda has (d)evolved into a mess and a bully, and while I don’t blame her, she’s no longer someone I enjoy rooting for. Â Is she still funny? Â Oh yes. Â Is she right about a lot? Â Sure. Â But her behavior whenever things don’t go her way (like giving up and crying in the trash can) and especially her behavior towards Elissa after the Veto win was nauseating.

Did Elissa poke the hornet’s nest? Â OH GOD YES. Â That was so fucking idiotic I couldn’t actually believe she was doing it. Â You’re going to joke about letting Amanda win Veto when you KNOW Amanda isn’t afraid to get super-bitchy right back at you. Â I guess I’ll give Elissa props that she didn’t flip out or respond in kind, but now she has to deal with an AntagonisticAmanda the rest of the week, let alone her time in the house. Â And clearly if Amanda or McCrae win HoH, Elissa is definitely gonna have to fight for her life.

Now that Amanda won Veto and Andy ended up earning a place as replacement nominee, whoever goes home ensures that the 3AM alliance is technically dead. Â Amanda’s notion that perhaps it’ll just become 2AM is flawed though, as both Aaryn and Andy have stated they have absolutely no intention of staying loyal to McCranda. Â I think that spells trouble ahead for McCranda as if neither of them win HoH, I’m fairly certain the entire house will happily nominate both of them for eviction. Â So good luck to that crazy couple, but you’re going to have to WORK to make sure both of you last past next week.

As for who is going home tonight? Â It’s likely that Aaryn is going, although I think if Elissa pushes for that, she’s making a mistake. Â I believe Aaryn is certainly the stronger of the two and much more willing to ally with her in a believable and dependable manner. Â She should have no faith in Andy and move to have the house evict him, but I just don’ t know where the votes will go. Â Who will McCranda vote for? Â Spencer? Â Judd? Â Will it be a tie?

I didn’t write down the zings, but they were awesome. Â Even though McCrae was getting annoyed at GinaMarie’s overreactive laughter at the expense of Amanda and McCrae, they were pretty damn funny and IÂ might have looked very similar to her. Â Lots of Rachel references in this episode, weren’t there? Â I’m sure she was fucking loving it.